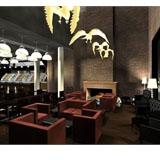 Studio 48 developed the interior design concept for The Hoxton Grille, a diner that opened in the The Hoxton Urban Lounge in London last weekend.

Steven Thomas, who created the interiors for the Big Biba store, which was open from 1973 to 1975 in London’s Kensington High Street, has designed the book Welcome to Big Biba: Inside the Most Beautiful Store in the World. The author is Alwyn Turner and the book is published on 7 September by Antique Collectors’ Club. 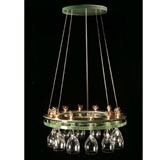 Glassmaker Ann Vernon Griffiths has collaborated with James Wilkes, of Wilkes Design, to design a chandelier featuring detachable glasses. The product is on display as part of the British Glass Biennale held at the Ruskin Glass Centre until 17 September.

These colourful swivel seating chairs have been designed by Hudson Architects and are being installed in West Yorkshire’s Castleford’s town square, as part of a £1.1m refurbishment scheme. 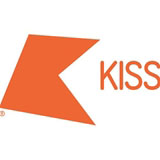 Artist Lothar Götz has designed a series of 22 geometric colour blocks that will be installed in London Underground’s Piccadilly Circus ticket hall from 7 September to 11 December as part of the Platform for Art initiative.

Banks joins the board at Imagination