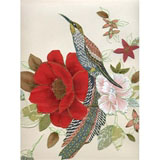 Long-established luxury brands are turning to contemporary design in a bid to entice new customers – but to retain their premium positions, it is important not to lose touch with their heritage, says Trish Lorenz

Brands that are rooted in the past, in particular luxury brands, are facing a dilemma. For decades, perhaps centuries, they have traded on their history. Suddenly, that’s no longer enough.

According to Lalique chief executive Olivier Mauny, balancing the demands of modern consumers, while staying true to the heritage values of the brand, is the most difficult challenge facing luxury marques today.

‘It is a difficult job for any luxury house – how to reconcile the two. There was a time, say ten years ago, when buying a luxury brand for its status alone was enough. That’s just not true today,’ he says.

Recognising this, many heritage brands are turning to contemporary design for solutions, making creative appointments at senior level and revitalising product, communications and branding in a bid to capture new customers and retain their premium position.

London retailer Liberty is a case in point. In 2003 its landmark store was down at heel and its trademark prints, most commonly applied to naff tourist gifts, felt cheap and dated. Few hip young things were seen browsing its collection. 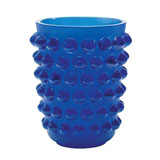 Over the past two years things have changed – store interiors have been updated and a new creative director, Tamara Salmon, has been appointed, charged with developing the Liberty of London brand. A new buying and creative team has also been put in place and one of its first initiatives was the launch of the fourth-floor lighting and furniture department in autumn 2004. Furniture and lighting buyer Ross Urwin, appointed to create and manage the floor, says he was tasked with ‘bringing back the design-led ethos of Arthur Liberty’.

‘In its heyday, Liberty was the place for new design and was thought of as being a bit radical. It launched designers like Alvar Alto [in the UK] in the 1960s and worked with some of the worlds leading names. I think it’s essential for Liberty’s success that it be once again associated with design,’ he says.

Urwin’s strategy is to actively support new designers. Last September, furniture manufacturer Established & Sons had its UK launch there. This September, it will host Design UK, a selling exhibition of the work of 40 young designers, co-curated with Max Fraser.

Other luxury brands are taking a similar stance. Grand dame of ceramics Sèvres has been in existence for more than 250 years, serving first royal, then imperial France and it is still a nationalised company today. The brand has a long tradition of working with contemporary artists and designers, but Sèvres director David Caméo admits that the balance has shifted in the past few years.

‘Since 1748, when François Boucher was invited to create for Sèvres, the contribution of contemporary artisans has been the cornerstone of the development of the brand,’ he says. ‘What has changed in the past few years is that contemporary design now represents more than half of Sèvres’ production.’

According to Caméo, the company has recognised that, while its tradition and heritage are important, without innovation the brand loses ‘its audacity’. He points to porcelain railings created by Monique Frydman in 2005 as an example of the direction the brand is taking. The work pushed boundaries in terms of production skills and also moved Sèvres towards a more architectural product. 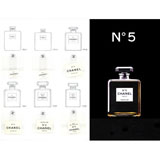 ‘By its savoir faire and technical prowess, Sèvres is able to produce items that other manufacturers can’t. But it is only by implementing modern designs that Sèvres can continue to amaze,’ maintains Caméo.

Traditional British brands are also taking stock. Asprey demerged from its long-term jewellery partner Garrard in March this year and has appointed Hakan Rosenius, formerly creative director at Paul Smith, as its new creative head. Rosenius joined in early August and the company will not speculate as to his plans, but it’s likely that he will bring some taste of the eclectic, modern Paul Smith approach to his new role.

But there is a danger here too. As Coley Porter Bell planner Charlotte Newbold points out, brands can’t ‘walk away from heritage too hastily’. Newbold worked on the group’s trend forecasting project Luxe Looks and says ‘new work should reference the past, not come at the expense of the past’. ‹

‘Chanel No 5 might look as though it has never changed, but, in fact, subtle changes have been made over the years,’ says Newbold. ‘Look at its ad campaigns – the art direction is very different, but the spirit is there in essence, the core emotional values are the same.’

She also points to a trend for authenticity, looking back at the roots of the brand and reinterpreting these in a contemporary way, as a solution that many brands are taking.

It’s a process that has worked for Lalique. ‘Part of the solution is reinterpreting iconic pieces, in our case pieces by [founder] René Lalique,’ says Mauny. Early last year, the company revisited Lalique’s Mossi vases and reissued them in black crystal. ‘It had a magic effect,’ says Mauny. ‘The pieces paid tribute to our heritage, but put the brand in the zeitgeist, and it was very successful for us. We attracted new consumers who suddenly looked at the brand in a different way.’

Lalique went on to launch its Curios collection, which saw it reinterpret other pieces in very different ways, with crystal glasses becoming part of a chandelier and vases acting as table legs (pictured right). 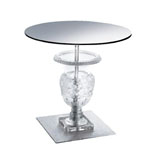 Other brands are taking a similar approach. Garrard has rediscovered its original raspberry packaging and revitalised the G monogram, and Urwin is trawling Liberty archives and hopes to ‘reinvent some of the historic fabrics and add these to the furnishings’.

And, in the future, says Mauny, the key to success is to make pieces more accessible and usable. Lalique is creating ‘more and more practical designs’, he says, from candle holders to wine glasses. ‘We are trying to de-sanctify our pieces,’ says Mauny. ‘Consumers are looking for luxury in daily life – they no longer want to put a vase in a cabinet like a museum piece. The black Mossi vase gave a new perspective to a new consumer. They looked at the brand in a different way and now expect us to follow that momentum.’

And, as Caméo points out, there is no reason for a focus on the new to detract in any way from a brand’s past. In fact, as he says, ‘through innovation, heritage brands can retain quality and achieve a whole new level of audacity’.

From Jean Arp to Louise Bourgeois: Modern Artists at Sèvres, an exhibition of contemporary and historic Sèvres pieces, runs until 10 September at the Wallace Collection, London W1.

Defining the future of design