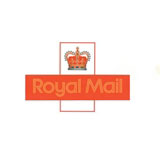 Royal Mail has appointed six consultancies from more than 200 applications to create its €2m (£1.3m) ‘tactical’ design roster, which is due to run for up to four years.

The successful consultancies – Home, Meteorite, Open Agency, Rufus Leonard, Start Creative and True North – were selected from a final shortlist of about ten groups and will be responsible for all of Royal Mail’s internal and external ‘tactical design projects’, says Andrew Hammond, head of campaigns for Royal Mail. The projects will have a budget between €1.5m and €2m (£1.0m-£1.3m).

Open Agency, Start Creative and Home are retained from the previous five-strong roster, while The Design Group and Carter Wong Tomlin are dropped from the new roster, despite re-applying. The contracts run for an initial three years, with a possible one-year extension, but no groups will be added or removed during that time, says a spokeswoman for the company.

The roster does not extend to stamp design and related materials, such as year books, which are commissioned separately and overseen by Royal Mail’s Stamp Advisory Committee. Consultancies will work on projects across Royal Mail, but not for Royal Mail Group divisions Parcel Force and the Post Office.

‘We are facing a massive challenge in terms of the market opening up and we need the skills of design consultancies to meet these challenges, internally and externally. This is a good mix of groups, all with very different skills,’ says Hammond.

All three groups were brought in under a wide-reaching appointment of their parent group Omnicom in 2003 (DW 12 June 2003).

According to Hammond, Wolff Olins’ contract is not up for review ‘in the near future’.

• Runs for an initial three years, possible extension to four

• Covers all internal and external communications for Royal Mail