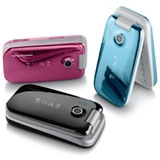 Sony Ericsson has hinted that it may migrate Sony’s Wega television brand into its mobile phone designs, as the technology becomes available to view ‘television’ content through handsets.

The move would follow the introduction of Sony’s Walkman brand into a range of music player mobile phones last year (DW 26 May 2005). Rikko Sakaguchi, senior vice-president for product application and planning at Sony Ericsson, confirmed that the company is developing television technologies for mobiles and may adopt the Wega branding to roll out dedicated phones.

‘It is a very viable idea and we have plans, so watch this space. It is hard to articulate exactly what the next drivers of mobile phones are going to be, but television – as a generic term – and Web applications are important,’ Sakaguchi said at a press conference in Malmö, Sweden. ‘Leveraging brand is always a viable idea. There is also the [Sony] PlayStation, but we don’t want to create a games machine [in a phone] until games are part of our communications life.’

Plans are also underway to develop phones that allow users to project images and videos from handsets on to external surfaces. ‘Prototypes have been built using Sony technology, but they are two to three years away as we need to get the power consumption down,’ Sony Ericsson chief technology officer Mats Lindof told Design Week.

These developments come as the company’s latest mobile model – the mirror-surfaced Z610, launched late August – came under fire at the conference for being ‘half-finished’. Observers felt that the interior of the clamshell fails to live up to the fashion-led polished mirror surface of the exterior.

• Group headquarters in Hammersmith, London, with design centre based in Lund, Sweden

• Working on a brand strategy overhaul with Wolff Olins

• The rebrand is expected to adapt the ‘I love NY’ marque

O2 to launch in Czech Republic