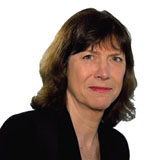 It was interesting to see Stephen Bayley writing on design in The Observer a week after Deyan Sudjic relinquished his role there. It shows how the careers of the two men continue to cross paths, but at a distance, as design writers and activists.

Those around in the 1980s will remember The Boilerhouse, backed by Terence Conran and housed at the Victoria & Albert Museum under Bayley’s direction. That was the precursor of the Design Museum, established by Conran in London Docklands in 1989, of which Bayley was, albeit briefly, the founding director.

Last week, Sudjic officially took over at the Design Museum at a different period in the museum’s history. Expansion is a key theme of the brief doled out to him by museum chairman Luqman Arnold et al, but as Bayley points out, he also needs to define what a museum is in the context of a living entity like design (see News Analysis, page 9).

Those in design know that it is inextricably bound up with commerce. It is not art. Yet with the Design Museum’s mooted move to Sir Nicholas Serota’s Tate Modern development at Bankside, it is aligning itself with the cultural camp rather than directly with Government-backed bids to boost design in business.

This harks back to Boilerhouse days, when its inspiring, forward-thinking shows attracted followers from beyond design. If a museum’s success is measured by visitor numbers, raising public cultural awareness, as the Boilerhouse shows did, will be on Sudjic’s agenda.

The design industry should welcome such a move. With so many organisations bent on pushing design’s case in the boardroom, we need champions like Sudjic and the museum to popularise the subject among people generally.

Meanwhile, back to The Observer. Had the newspaper called on Sudjic’s predecessor at the museum, Alice Rawsthorn – design writer now for International Herald Tribune – it would have been more poignant. But that’s another story.