Graphic Art festival Pick Me Up is launching a new, flexible identity based around a digital tool that allows anyone to create and submit a letterform to be used in the branding.

The new identity has been created by Hato, which has also developed the interactive online tool that allows for letters to be created.

Ken Kirton, creative director at Hato, says that all the letter designs submitted through the tool will be used during the Pick Me Up show, which runs at London’s Somerset House from 21 April to 2 May.

Kirton says the concept for the branding and the online tool comes from Somerset House’s Utopia season and curatorial direction.

Somerset House is hosting a series of Utopia-themed events throughout 2016 to mark the 500th anniversary of Thomas More’s Utopia text.

Kirton says: “We were interested in the idea of Utopia as a community and we wanted to bring people inside the creative process of Pick Me Up.”

The online tool has been developed around a series of rules which means all the letters will sit in the same family, says Kirton.

He adds that Hato is delivering the entire project – including digital production and printing – in-house. Music has been created by Nico Jullien.

The 12-day Pick Me Up festival will feature illustration, animation, 3D installations and more.

Alongside pieces from emerging artists and industry names, this year’s Pick Me Up will also host a retrospective of work by Alan Kitching, called A Life in Letterpress. 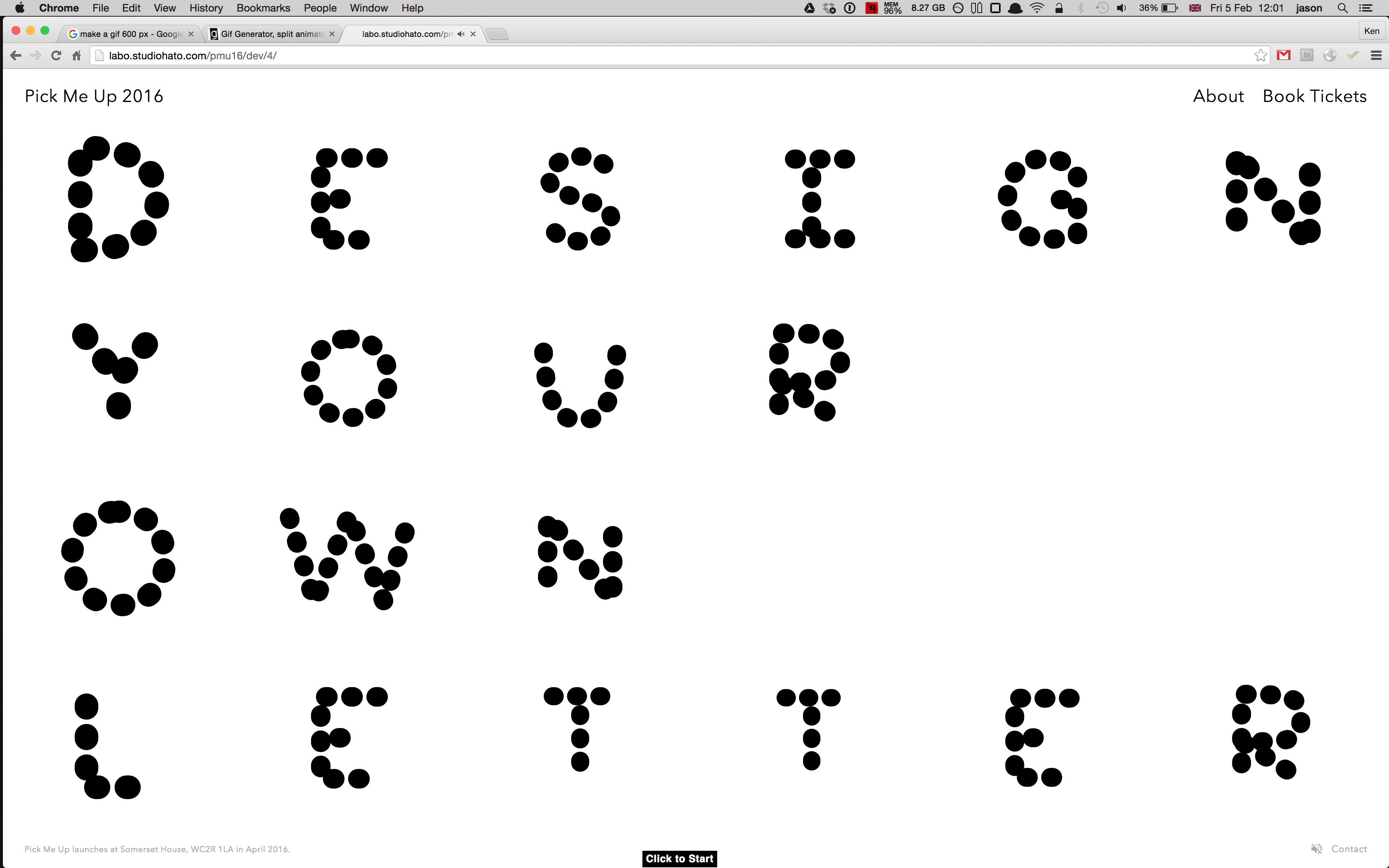 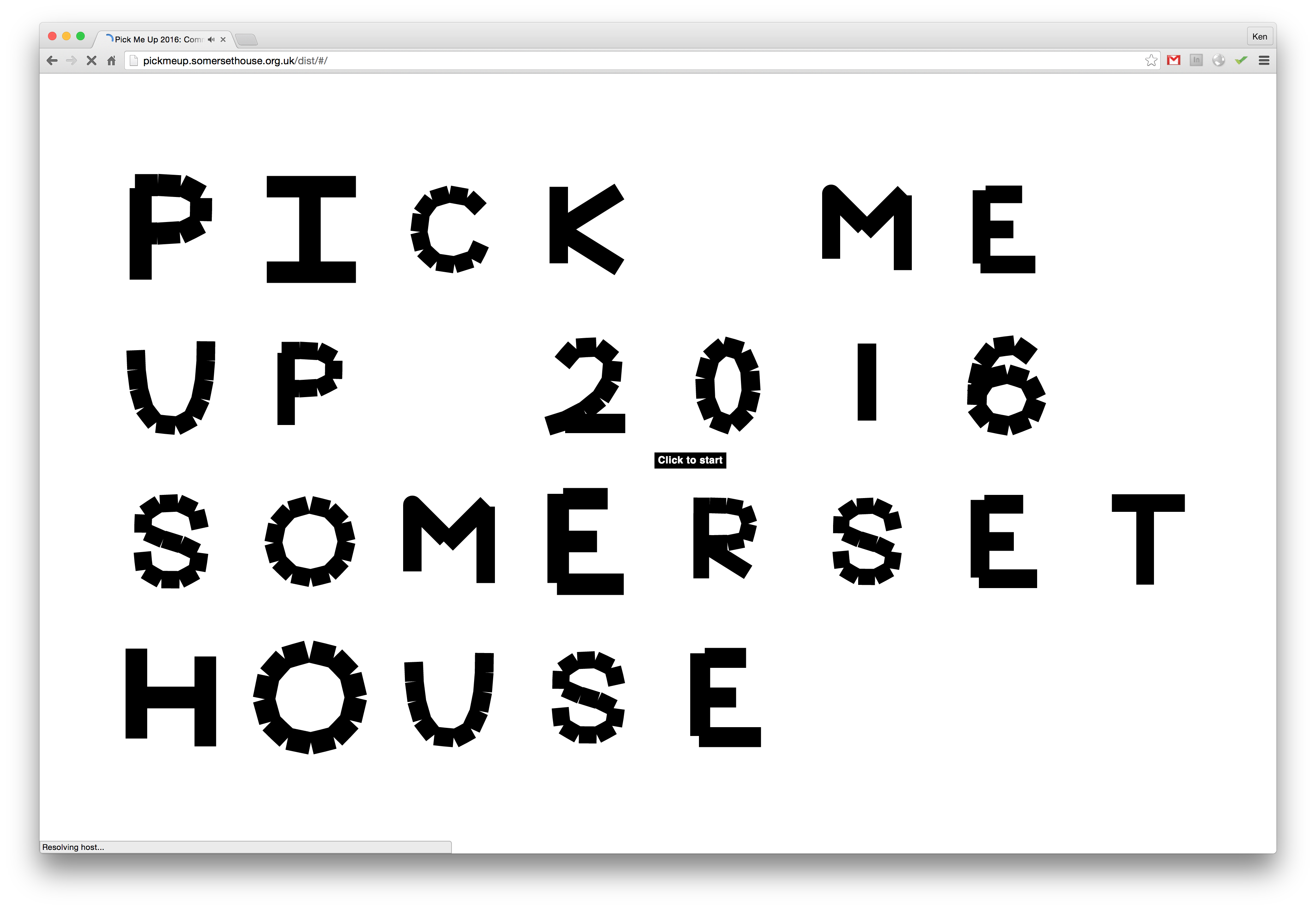 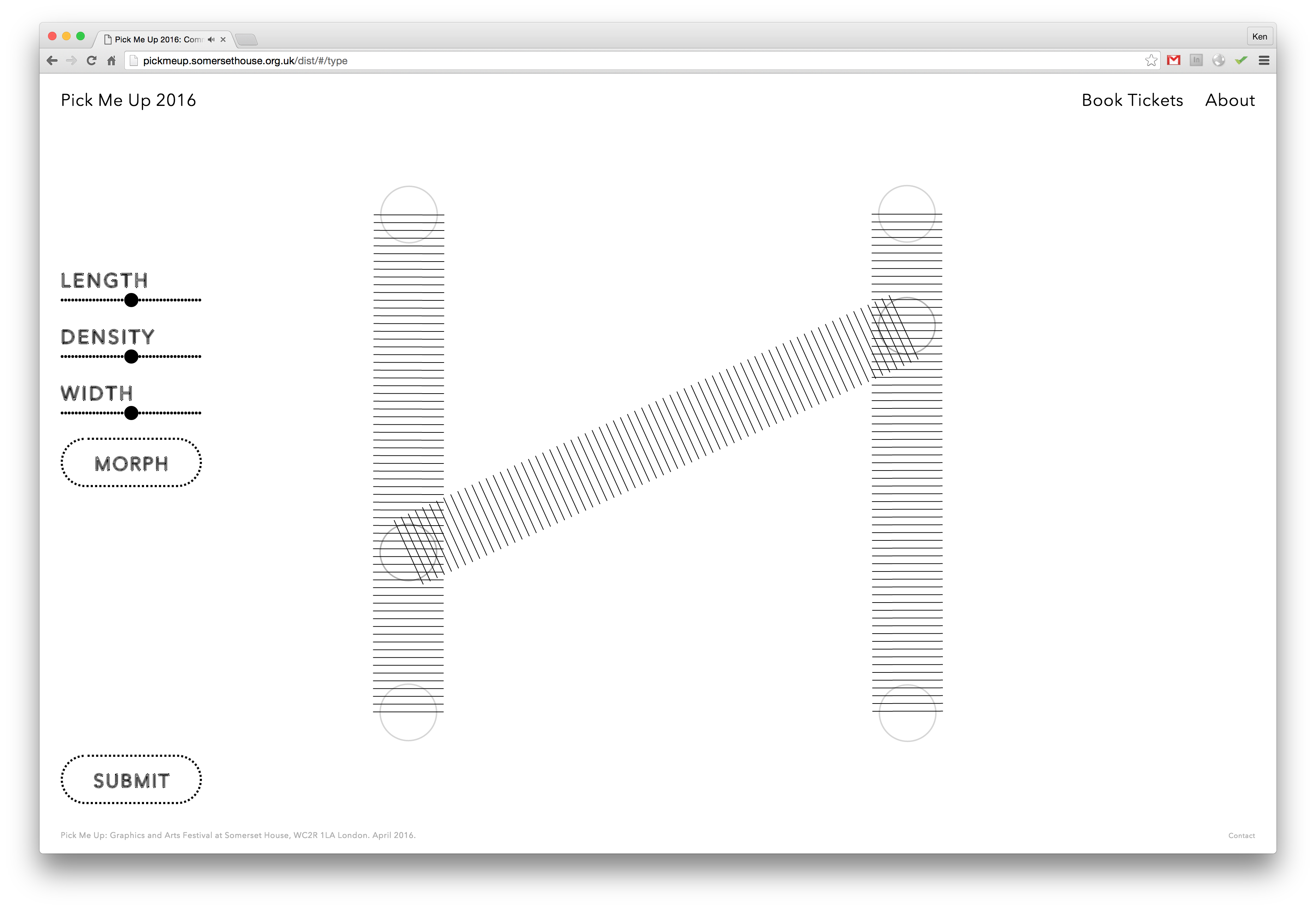