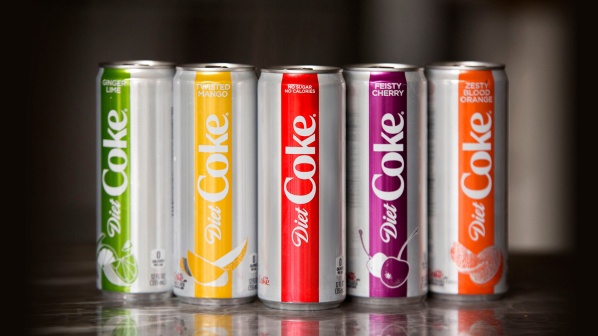 Diet Coke has been rebranded and given a new can design, which follows the drink suffering a drop in sales in the last year.

The new look comes alongside a host of new flavours, which The Coca-Cola Company says aims to attract a wider audience to the drink. 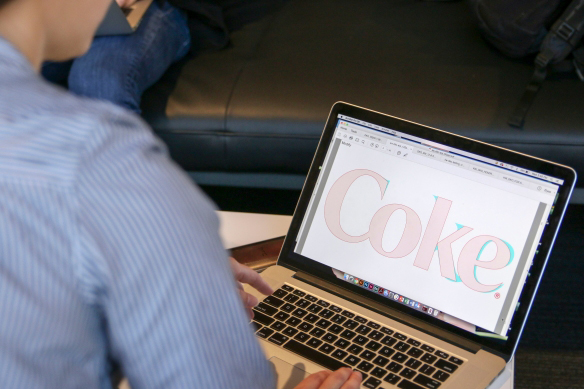 The new visual identity features a refined typeface that is flatter and bolder in colour than previously, a simplified core colour palette of silver and red, and a vertical coloured stripe that is used on cans to differentiate between the five flavours; original, ginger lime, feisty cherry, zesty blood orange and twisted mango. A secondary colour palette of green, purple, yellow and orange has been used for these flavours.

The cans are also slimmer and taller than before, and they have been stripped of all background imagery apart from a flat, graphic fruit symbol at the bottom to represent each flavour. 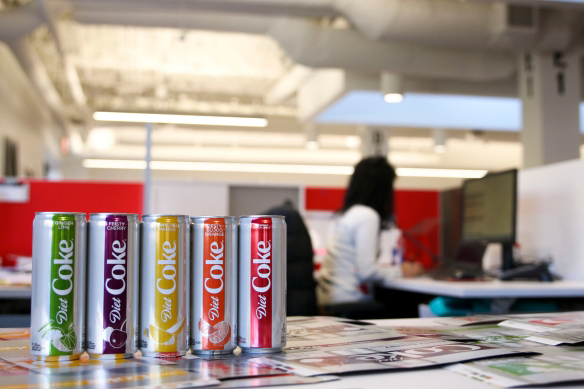 The “sleek” redesign has been led by The Coca Cola Company’s in-house design team headed up by vice president of design James Sommerville, alongside studio Kenyon Weston, which helped to develop the new visual identity.

The Coca-Cola Company says it conducted research with 10,000 consumers in the US to help determine the new flavours, visual identity and can design.

“This visual evolution elevates the brand to a more contemporary space, while still using at its foundation the recognisable core brand visual assets,” says Sommerville.

The coloured, vertical stripe seen on the cans aims to be the equivalent of the red disc seen on Coke Original packaging, adds Sommerville, and aims to represent how Diet Coke drinkers are “continually on the move, with confidence”.

Diet Coke’s new look comes as it suffered a blow to its sales last year, where off-trade sales – those in grocery stores, supermarkets and retailers rather than in bars or restaurants – fell by 0.6% to £420.2 million in the UK in 2017, according to Marketing Week. Contrastingly, sugar-free variant Coca-Cola Zero Sugar saw a 52% increase in sales after its launch last year in the US, according to The Coca-Cola Company.

“While the low and no-calorie beverage category has been under pressure, its performance has been improving recently, and Diet Coke remains an incredibly strong brand,” says Rafael Acevedo, Coca-Cola North America’s group director for Diet Coke. “We believe we can continue to re-energise and strengthen our no-calorie business.” 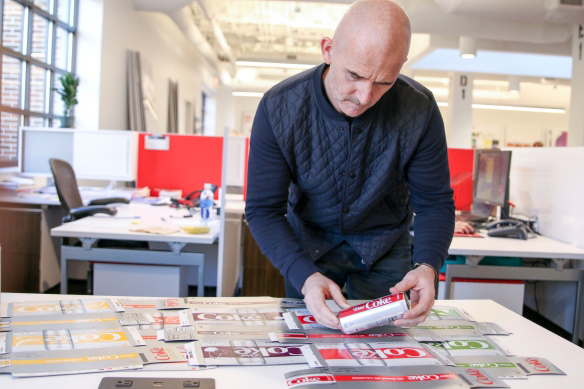