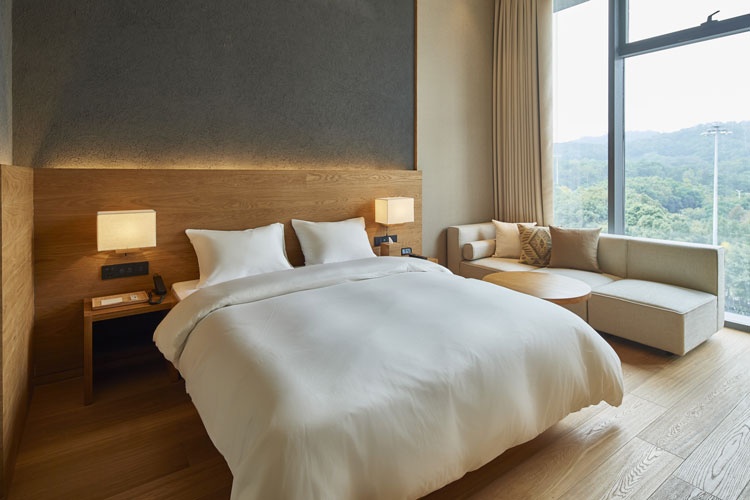 Japanese lifestyle brand Muji is opening its own hotel in China, which aims to reflect its “anti-gorgeous” and “anti-cheap” values, says the company.

The retailer is known for selling everything from household goods and food through to clothing in its stores, and has become a common feature of the UK’s high street in recent years.

The first Muji hotel concept is due to open in the Guangdong Province of Shenzhen, China later this month, comprising 79 rooms, a two-floor Muji store, a public library and a restaurant called Muji Diner.

The overall concept and room design has been developed in-house by Muji. There are five different types of rooms available, and they all feature hidden lighting and coil mattresses on the beds. 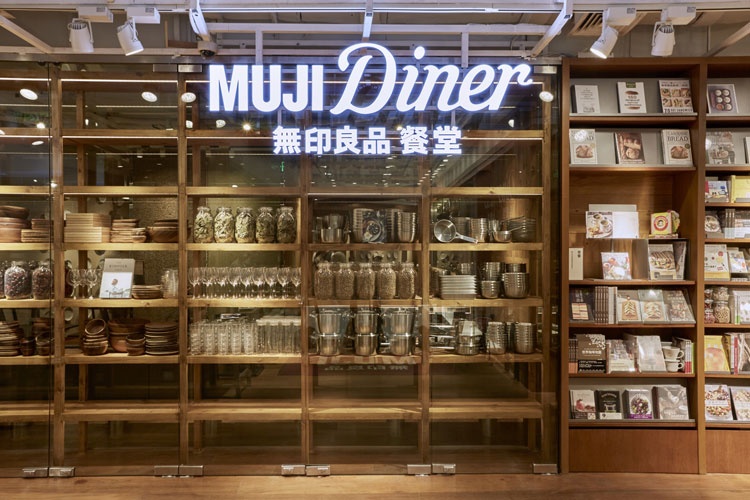 Pillars and walls taken from traditional style Chinese homes have been repurposed for the hotel’s interiors and courtyards.

The Muji Diner will serve international cuisine to hotel guests from the morning until late at night, while the library will be free to access 24 hours a day and will include more than 650 different titles.

The hotel also comprises a small gym, and three conference rooms with moveable walls that allow the space to be expanded to accommodate up to 200 people. 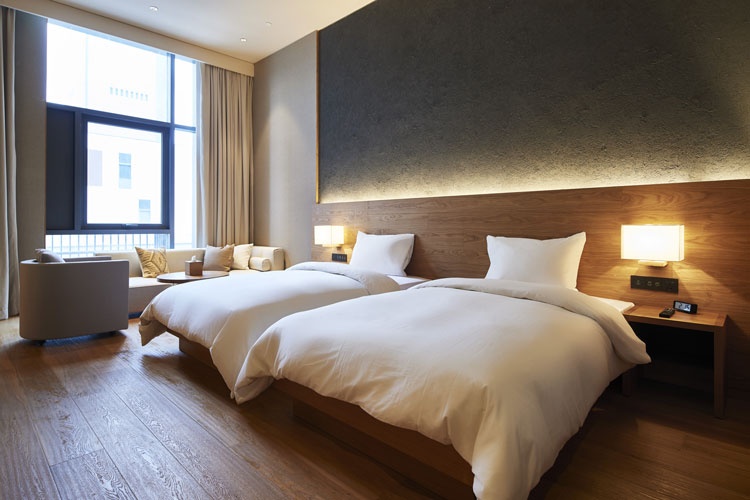 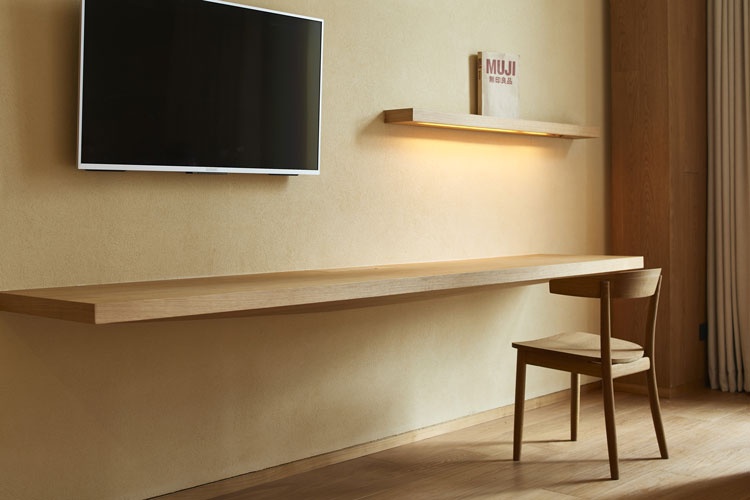 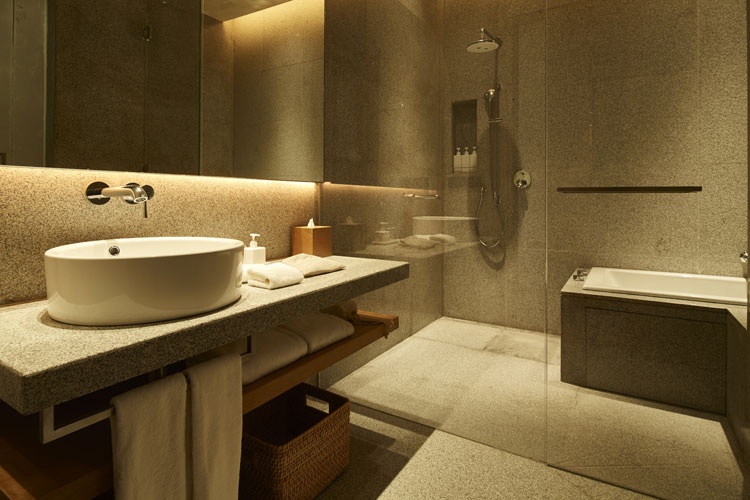