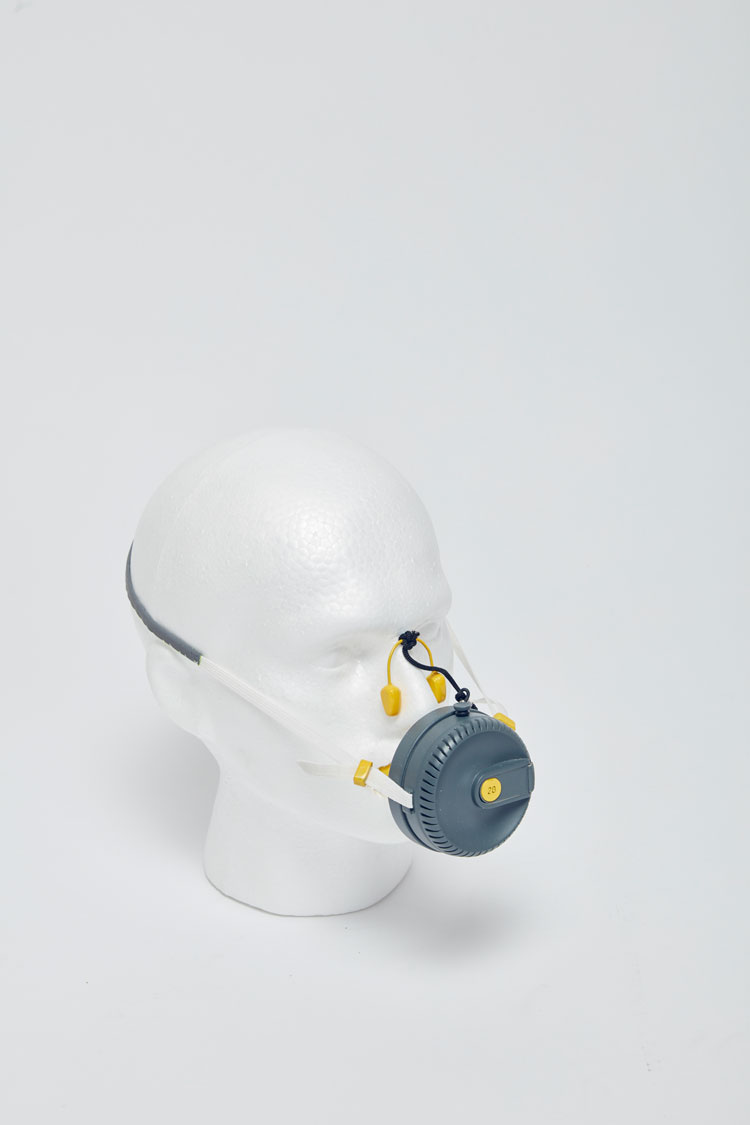 Following the Grenfell fire in 2017, student Rimal Bhatt had an idea for a new type of respirator, with simpler design features for easier use, as well as a technological update for safer evacuations.

Unlike traditional respirators, Bhatt’s “streamlined” design is not a full-face mask. Instead, nose clips cover the nostrils to direct the airflow through the mouth, which “creates a tight seal” around the mouthpiece. The mouthpiece also has indents, which “allow users’ teeth to grip into it” for safer use.

This is an attempt at a more efficient and universal design; a full face-mask does not create a seal if you have a beard, for example.

Efficiency was the driving ambition behind the entire design process. “In a fire you don’t want to be spending too much time faffing about with tightening and adjusting,” Bhatt says. “You just want to grab and go.” 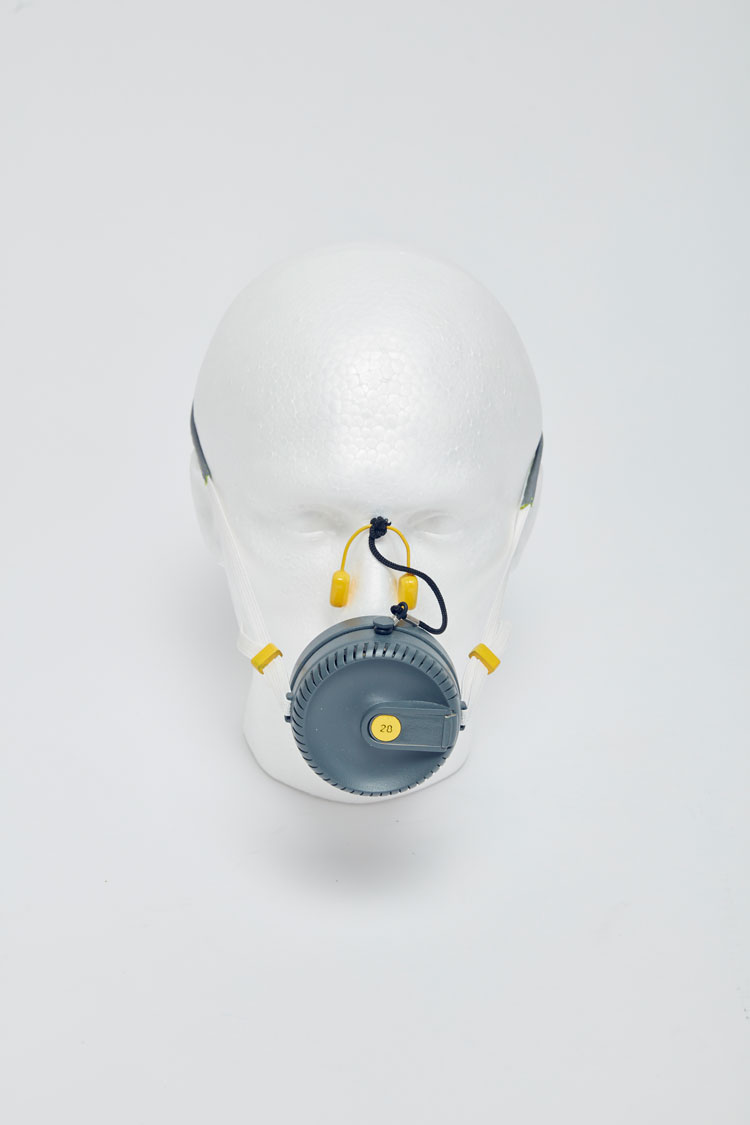 Bhatt, a final year student on the industrial design Bachelor of Science degree (BSc) at the University of Hertfordshire, spoke to a firefighter before starting development. He was advised about fire safety products, which require a lot of testing before they can be implemented.

One of the potential “trip-ups” was the number of fire doors in different buildings. Some buildings might have only two or three, resulting in longer evacuation times — which affects how long a user’s filter will need to last.

Bhatt’s filter has “charcoal and a selection of gauzes to capture the toxins”, giving users 15 minutes of filtered air during a fire. As well as hopefully providing enough time for evacuation, this filter was chosen as a more economical alternative to systems which provide a supply of clean air. 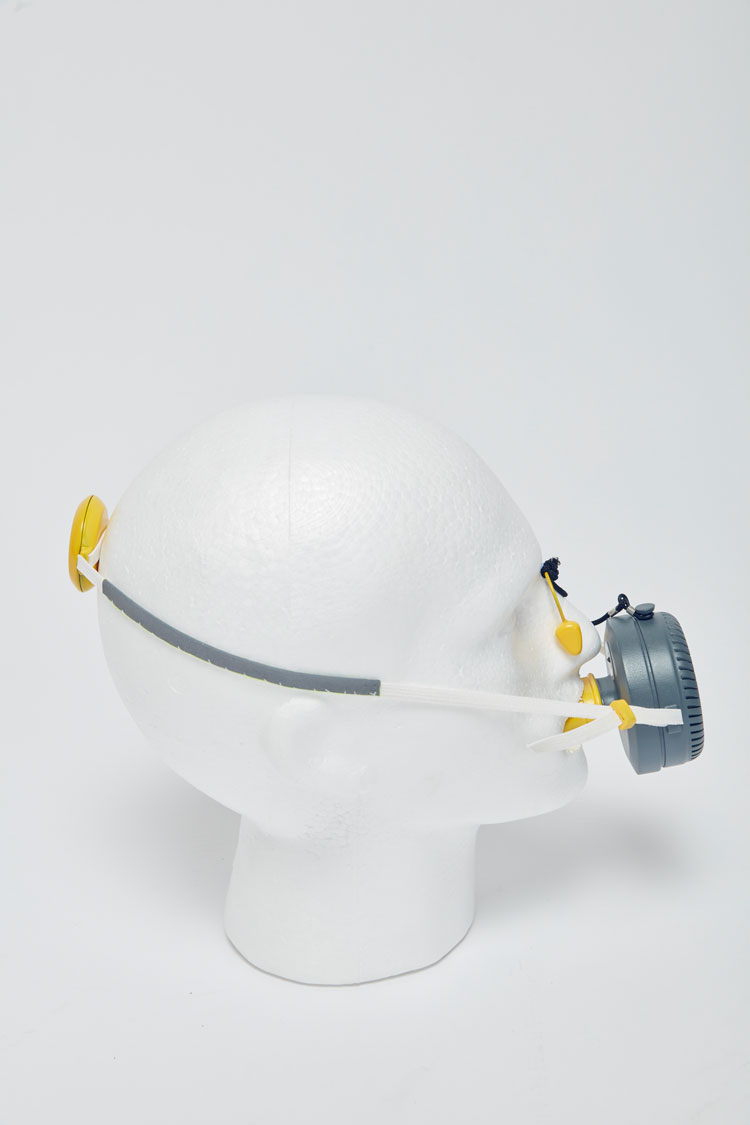 There is also high-visibility material on the elastic head straps, similar to those that cyclists have on their clothing. Bhatt hopes that this will allow residents to find their way out of buildings more easily.

“As residents go through smoky corridors, they can follow each other out,” Bhatt says.

Acrylonitrile butadiene styrene (ABS) plastic with fire retardant additives has been chosen to make the mask because it is “durable and cheap”. Economical manufacturing will be crucial if the design is implemented because each building will require a high number of respirators.

Another problem highlighted by the Grenfell fire was the uncertainty over the number of people stuck inside the building. In an attempt to “alleviate stress” for the families of these missing people and help the fire brigade, Bhatt has proposed a system to track users’ whereabouts, using radio frequency technology.

When users pass under a fire exit, it sends a message to a reader, which registers that the user has exited on a system that the fire brigade can check.

The tracking system also means that the fire brigade can check how many people are still inside a building. It is similar to the technology used for marathons, which logs runners’ time as they pass over the finish line.

“The idea is that it could be retrofitted to old and new buildings,” Bhatt says.

The preparation paid off. Last week, Bhatt won the New Designer of the Year award for the respirator at this year’s New Designers show, which highlights promising graduate designers from the UK and beyond.

He won £1,500 in prize money and £1,000 worth of intellectual property legal advice. Judges called his project “a very simple solution to a very current issue.”

In June 2017, the fire that broke out in the Grenfell Tower flats in North Kensington, London, resulted in the death of 72 people. The fire’s quick spread has been attributed to the building’s external cladding.

Constraints of Bhatt’s university course budget means that some of the details of his invention remain untested on a larger scale — in particular the technological aspects — but Bhatt hopes the New Designers award will give the project momentum.

After he graduates later this year, he plans to work on the project alongside finding a job at a design consultancy.

Bhatt’s respirator is not the only recent development in product design aimed at saving lives in fires. In 2016, an “intuitive” mask was designed for firefighters, which uses thermal imaging to highlight dangerous areas in the hope of providing safer routes for victims.