On her childhood influences

“From when I was five years old my mum [a teacher] had art students to babysit me – we were always making things. I was always encouraged to be weird and do what I wanted.

“One of the big moments in my life was at the age of about seven I went to a Jewish summer camp. I was in an environment where I had to be myself, without a family or friends network. I don’t think enough people get the opportunity so young to have to be yourself.”

On how she defines her practice

On being a woman in design

“I’ve pushed back against this ‘women in design’ thing – I’m not a woman in design, I’m a designer. In the case of my own practice I’ve never feel like I’ve struggled because I’m a girl in design.

“I like all colours – apart from black and brown…” 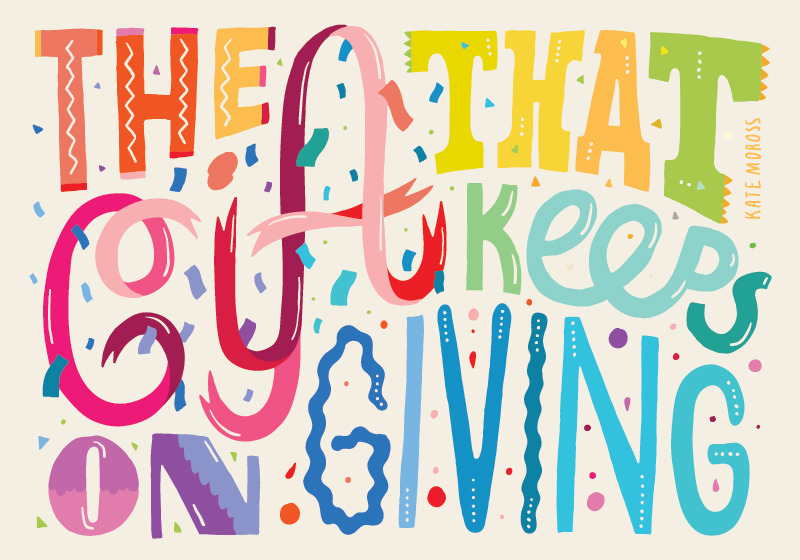 On working hard at a young age

“At school I worked on everything – posters for bands, stages sets for plays. I once got dragged into my art teachers classroom and he said – ‘can you just stop doing everything and give other people a chance?’ I reported him to the headmistress and he got into trouble…”

On ambitions for the future

“I want to make an action movie…”

On the trouble with the internet

“With the way people use the internet at the moment they’re just clicking and liking and sharing what everyone else is doing. It’s very difficult to have a creative insight when you’re just looking at everyone else’s visuals. Design has never been so homogenised.

“Don’t look at things like Pinterest – these sites are for uploading your work to – they’re not a resource for finding inspiration.”

On developing her business

“I’d love to find a partner who I could share the business with – I’d love for there to be more names in the title. But running a business is like a marriage, and I know too many people who have divorced partnerships.”

On having a “style”

“I don’t think I have a style – I think people who think I have might know certain areas of my work but not others.

“I never say I would like people to be able pick my work out of a line-up, but I would love it if people saw it all together and know it came from the same place.”

“It’s all about communication and being brave enough to pipe up. Socialising and being present is how you get clients – because clients aren’t always clients, often they’re people’s friends of friends who want some design work.”

On not growing up

Kate Moross was in conversation with Pentagram partner Marina Willer on 11 June.