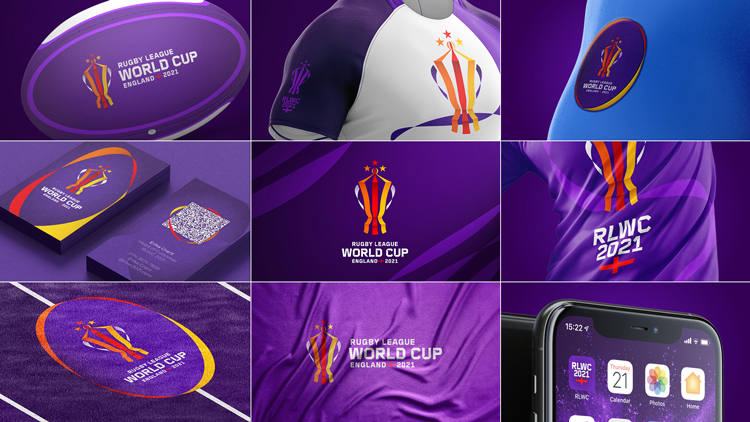 The international tournament will be hosted in the UK in 2021, across 18 cities in England. It is the first time a major sporting world cup is hosting a men’s, women’s and wheelchair tournament at the same time.

The RLWC was last held in 2017 in Australia; unlike other global tournaments, it is held sporadically. There have been 15 tournaments since its inception in France in 1954, and only three countries have won it: Australia, New Zealand and Great Britain.

Mammoth, which has offices in London, Dublin and Belfast, has created the identity as well as brand guidelines. 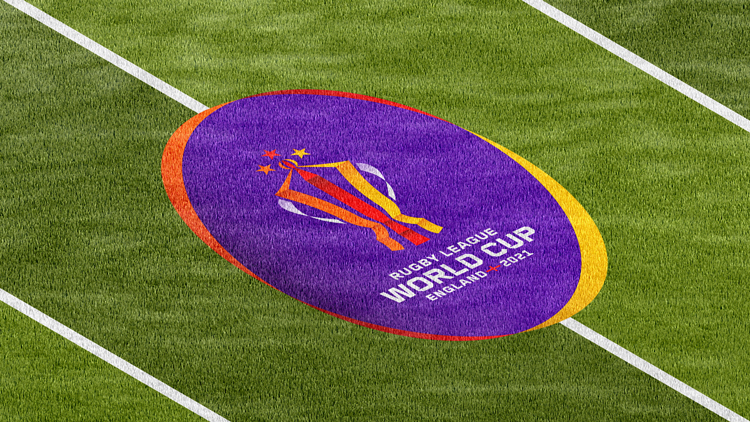 Mammoth’s managing partner Paul Martin tells Design Week that the tournament’s “community” focus is the inspiration for the brand’s positioning, ‘The Power of Together’. There were five themes that the team wanted to connect; community, legacy, fans and volunteers, and the 21 nation teams.

The challenge for the symbol, Martin says, was to “re-create the trophy in a way that is unique to this tournament”. It was hard to unite all three tournaments in one symbol, and throughout the process the team drew around 50 versions. 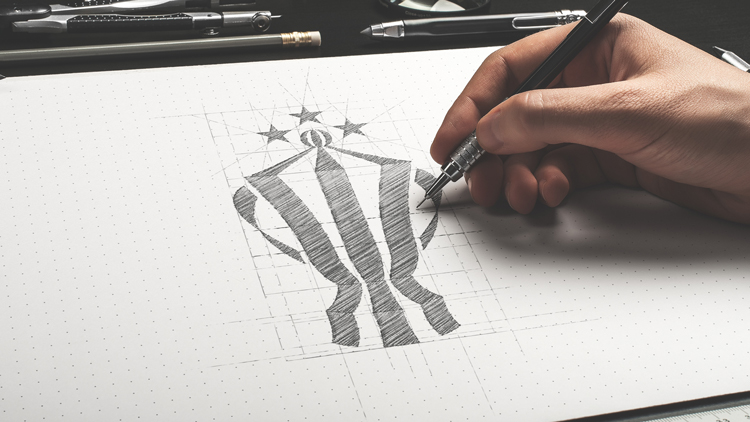 The final symbol uses the trophy’s ribbons to “embody” the tournaments. Men, women and wheelchair users are represented by red, orange and yellow shades respectively. The ribbon also “symbolises the connection to the world cup and to the world”, Martin says.

He adds: “The continuous ribbon creates the perfect link between teams, hosts, nations and events. It bends, travels and creates shapes, building a unique visual language that not only identifies RLWC – but differentiates it.” 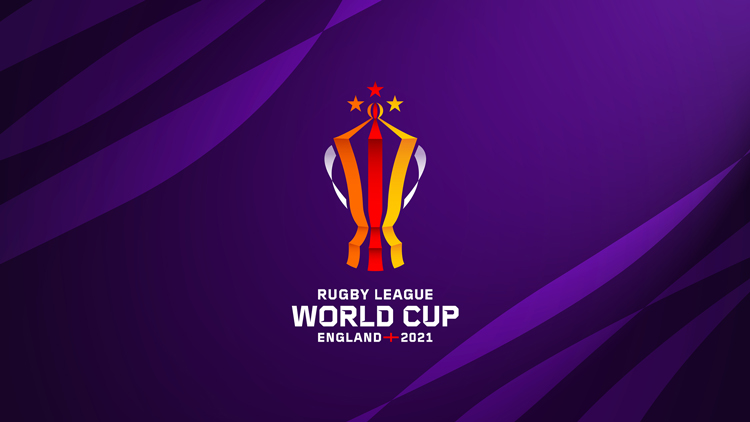 The identity rolls out across a wide variety of physical products, from rugby balls to business cards and on the sportswear itself. There is also an app.

A colour palette that reflects a “global tournament” 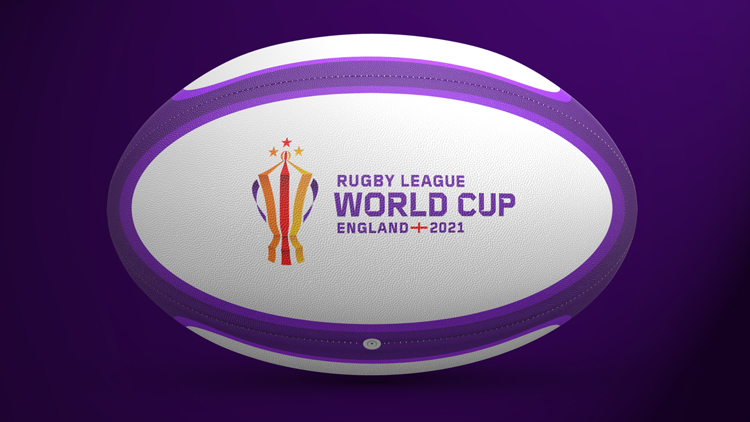 The identity features purple prominently, which is a departure from the deep red tone that England used in its bid for the tournament. Purple emerged as the most appropriate choice in the design process. Martin says it is “reflective of a global tournament”.

It also strikes a “neutral” balance – it’s neither “feminine or masculine”, Martin says. “There is no purple in any nation, team or host – it was the one colour we can use to unite them all,” he adds. 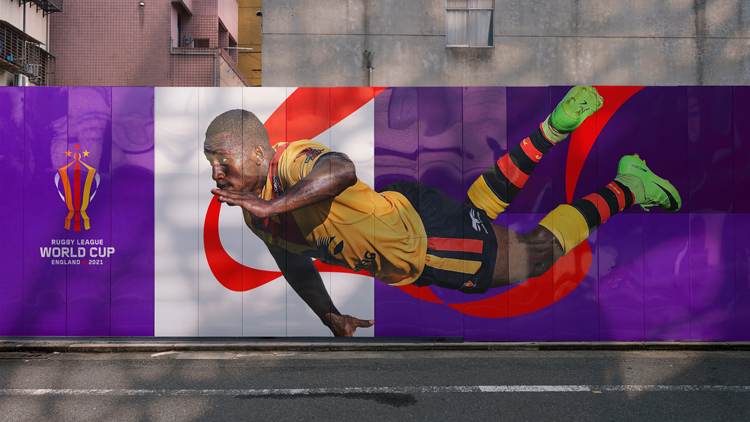 The typeface is a version of Foundry Gridnik which has “slashes” in each glyph to represent “movement and power” – of players on the field, for example. It aims to create a “bold and instantly recognisable headline font”. 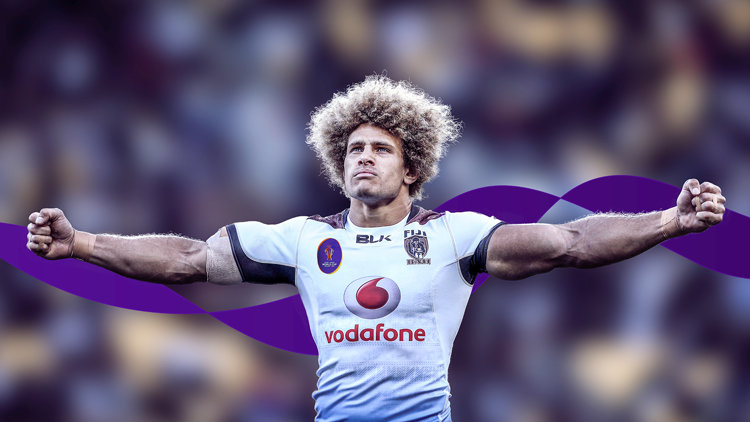