Cider producer Aspall has been given a new visual identity by international brand consultancy BrandOpus.

The new look for the cider brand comes less than two years after it was acquired by alcoholic drinks company Molson Coors. Molson Coors is a longstanding client of BrandOpus, and challenged the team with “elevating” the Aspall brand.

Conducted over a period of 12 months, the new look for the cider producer comes complete with a bespoke typeface, redrawn wordmark, updated packaging and rethought brand communications, all of which take inspiration from the brand’s near-300-year heritage. 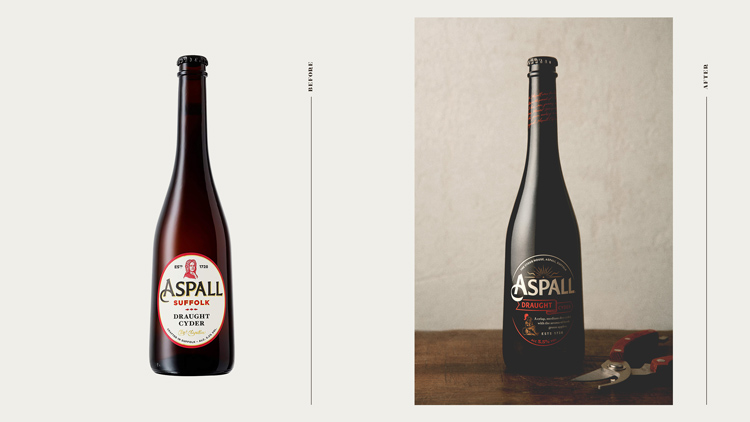 “Always pointing to the east”

According to BrandOpus design director Ian Ritch, the driving message behind the work was to convey Aspall’s “alternative” approach to cider.

“Aspall embodies the idea of ‘choosing the road less travelled’, with its founder Clement Chevallier choosing Suffolk (located in the east of England) over the west country to settle and grow apples in,” he tells Design Week.

Wanting to acknowledge this difference, the team has redesigned the brand’s bottle labels with the rising eastern sun front and centre. This imagery replaces the etched portraits of the Chevallier family, which had featured on Aspall labels previously. The decision for the this was taken so as to move the brand in line with a more modern outlook – as Ritch explains, “[the old etchings] conveyed a certain sense of old style authority that felt at odds with the brand”.

Alongside the sunrise graphic, an “easterly ribbon device” has been introduced, which allows different cider variants to be signalled on the labels. Crucially, as the name suggests, it is “always pointing to the east”. 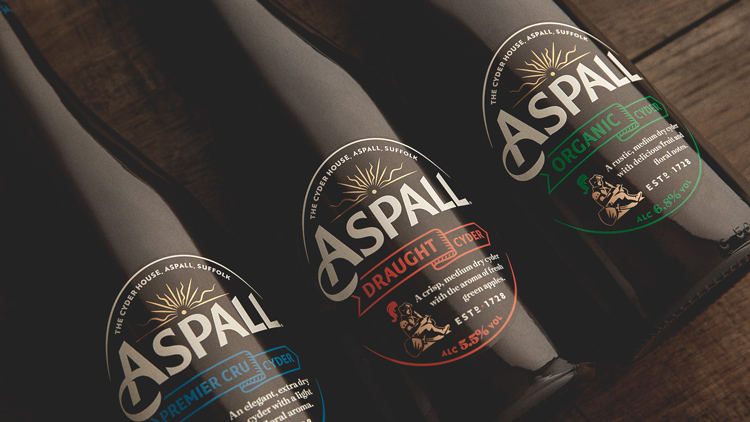 Beyond the sunrise graphics, the “Aspall knight” has been reintroduced. In the early stages of the project, Ritch explains the BrandOpus team made the trip to Aspall Hall and its original Cyder House in Suffolk, where they explored the Chevallier family archives. In the process, he says they found inconsistent examples of the Aspall knight throughout the brand’s history.

“It was another asset that had been with the brand through its history,” he says. “But it had been applied inconstantly across touchpoints, and lacked a clear meaning.”

To fix this and bring it forward into the new branding, the team redrew the knight, based on imagery taken from a Chevallier family memorial. The new iteration features a knight without weapons, who instead of fighting, is writing – this is a nod, Ritch says, to the family’s extensive journals. The theme is carried on further with the introduction of a handwritten script on the neck of the bottle. 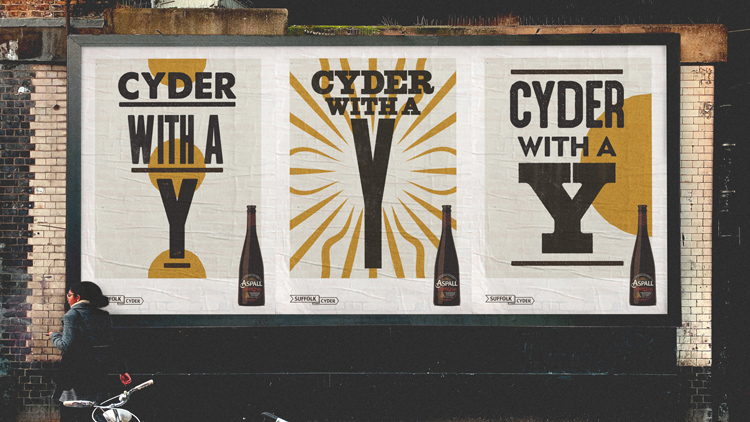 A trip to the archives also helped in the development of the bespoke typeface, Aspall Sans, which features in the brand’s redrawn wordmark.

“We quickly identified that the distinctive swoosh in the “A” of the Aspall wordmark was something we wanted to retain from the brands past,” says Ritch. The team extrapolated a typeface based on the “unique quirks” of the previous iterations of the branding. “We redrew the wordmark, sympathetically maintaining these unique quirks, but to feel prouder and more contemporary.”

But while much of the new branding is a nod to the rich Aspall heritage, Ritch is keen to point out the finished product does not appear “too traditional”. A balance between history and modernism has been achieved through “unexpected pops of colour”, which contrast against “traditional crafts”, he says.

“[This] helped ensure we struck the right balance that pays respect to the brand’s past, but also evolves to keep it relevant for today and into the future,” Ritch ends. 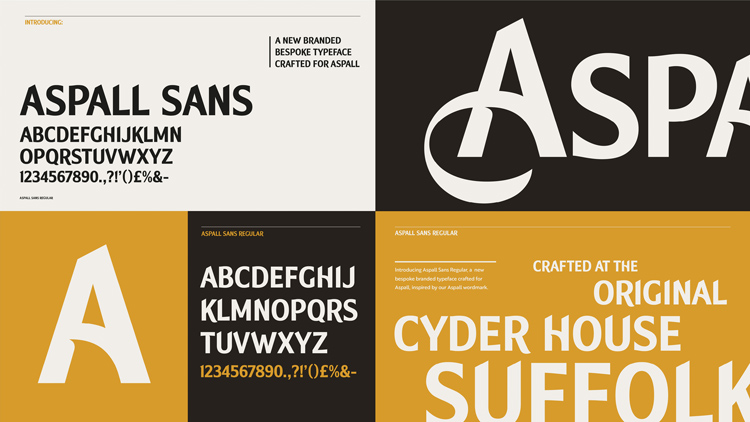 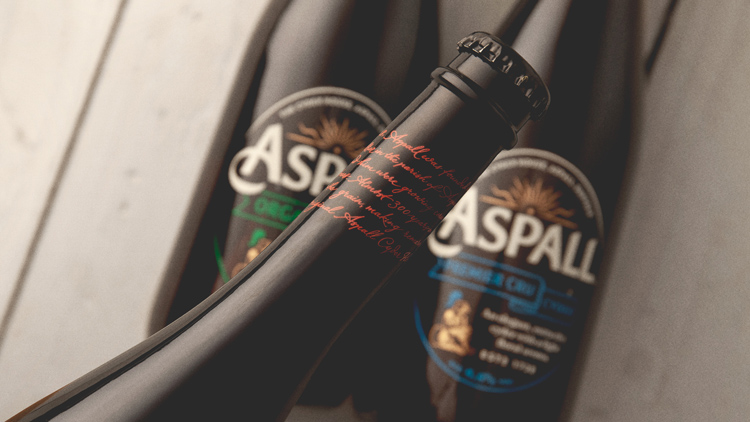 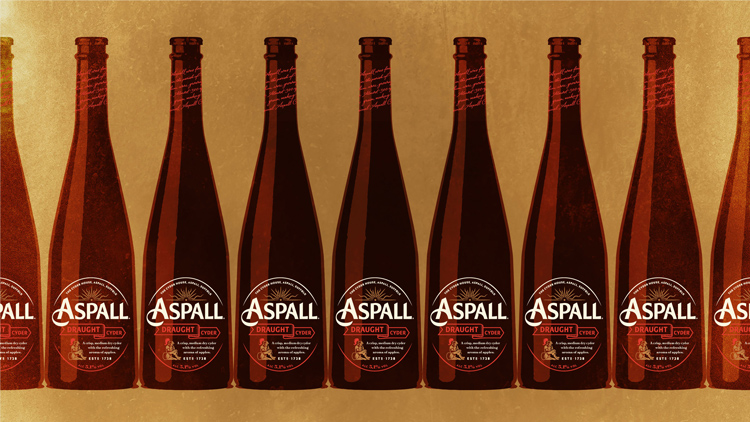 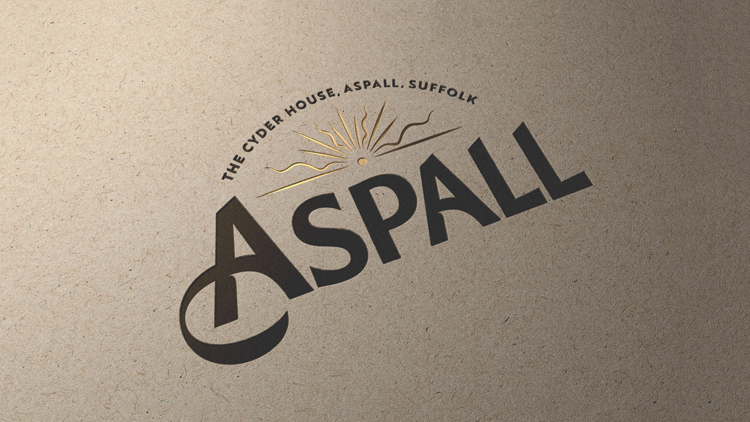