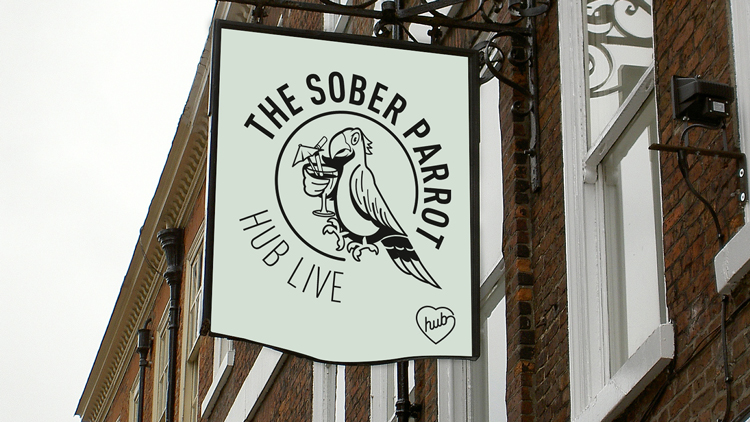 ASHA has designed the branding for a new alcohol-free, live music venue that aims to accommodate for people who have previously had drug and alcohol addictions.

The Sober Parrot is based in Cheltenham, Gloucestershire and is part of the wider Hub Project, which has been funded by charity The Nelson Trust. The charity, which supports people with alcohol and drug dependencies, has previously funded the launch of community café the Hub Bistro and handiwork training programme the Hub Maintains, both also based in Cheltenham. 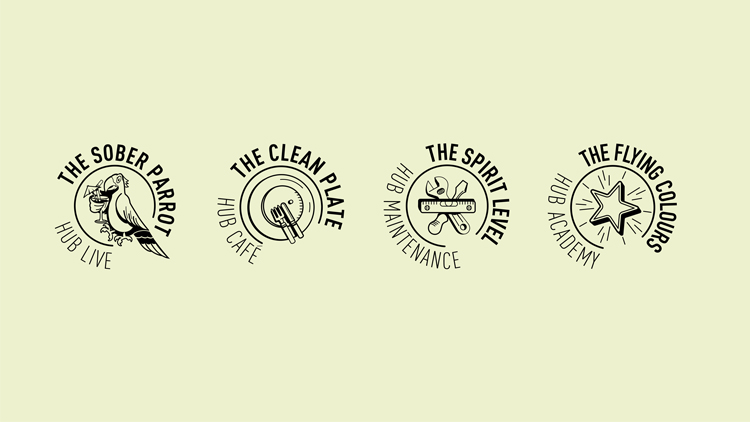 ASHA has created a continuous brand identity for all of The Hub ventures, and has also named the new live music venue.

“The name ironically feels like a pub name with a twist,” says Marksteen Adamson, partner at ASHA. “Parrots are usually associated with drunken sailors, so I thought a sober parrot seemed apt.” 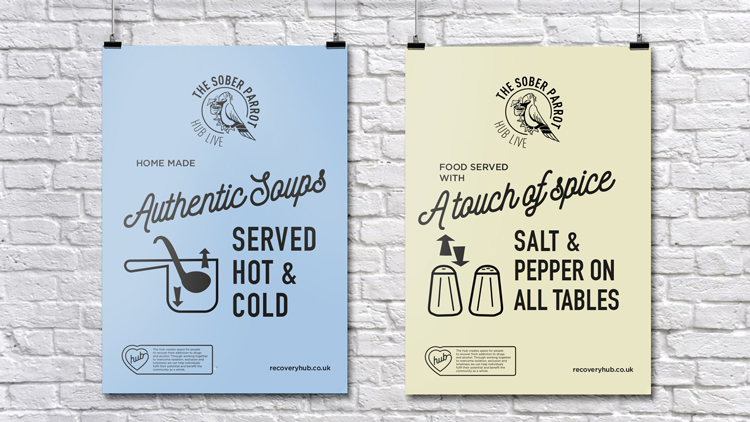 The Sober Parrot logo includes an all-caps, sans-serif typeface used alongside a line illustration of a parrot. A secondary, script, italic typeface has also been used across visual communications, alongside a pastel colour palette and a series of other line-based illustrations.

All of The Hub’s other brands feature logos in a similar style with illustrated icons.

“The Hub creates space for people to recover from addiction to drugs and alcohol,” says Adamson.“We believe that projects like this are good for the community. It’s a safe place for young people to go to just hang out, listen to live music and have fun without having to get drunk.”

He adds: “The trend in straight edge living among young people is growing, and I find that encouraging. Binge drinking is so 1990s, and we all know and have experienced how destructive that behaviour can be.”

The music venue was set up after a research study of local people in Cheltenham found that nearly 80% of those surveyed said they would use an alcohol-free live music bar.

The venue is due to open this summer, and will take the place of the former Number Seven wine bar in Cheltenham. The new offering aims to offer “a wider diversity of options for people”, says Adamson.

The branding is currently rolling out across signage in the venue, print advertising and online. A new website is currently in process of being designed. 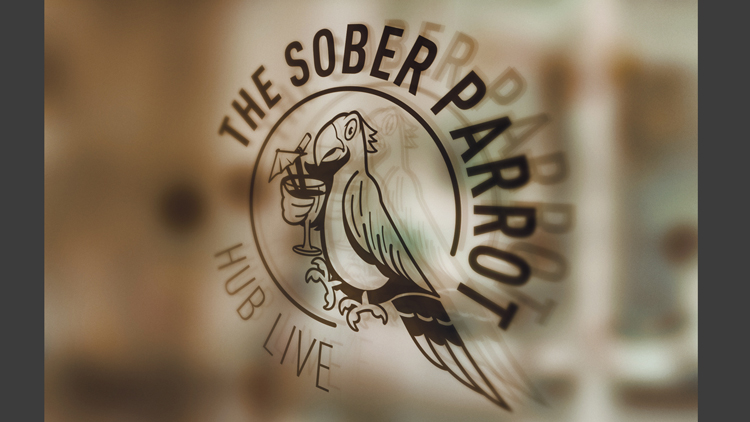 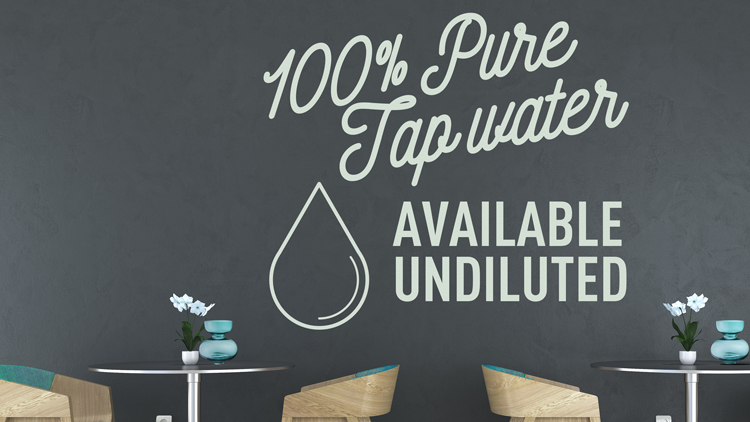 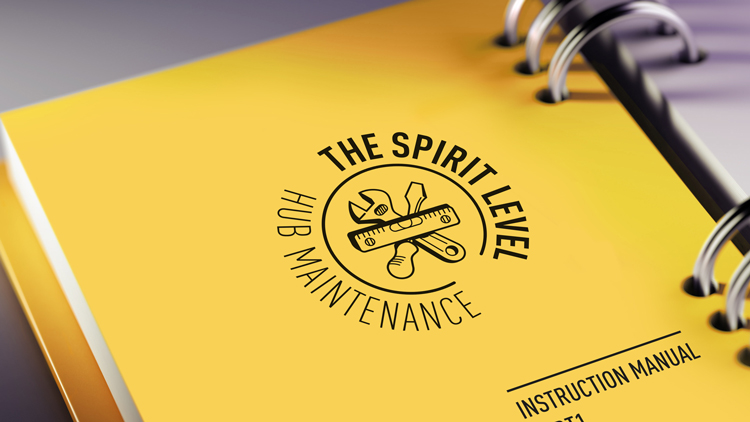 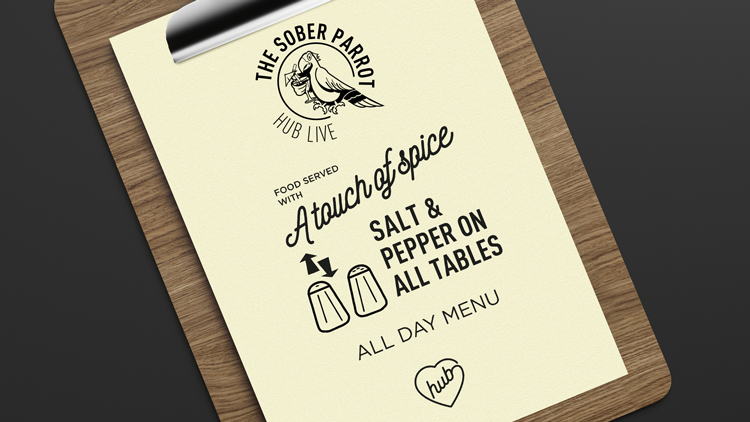 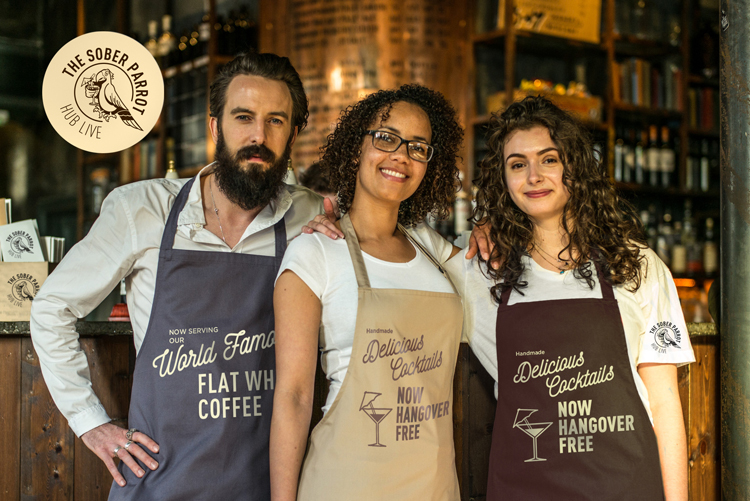 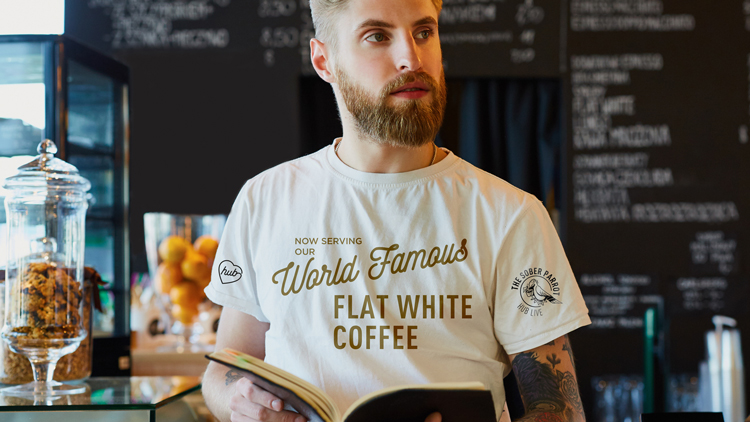