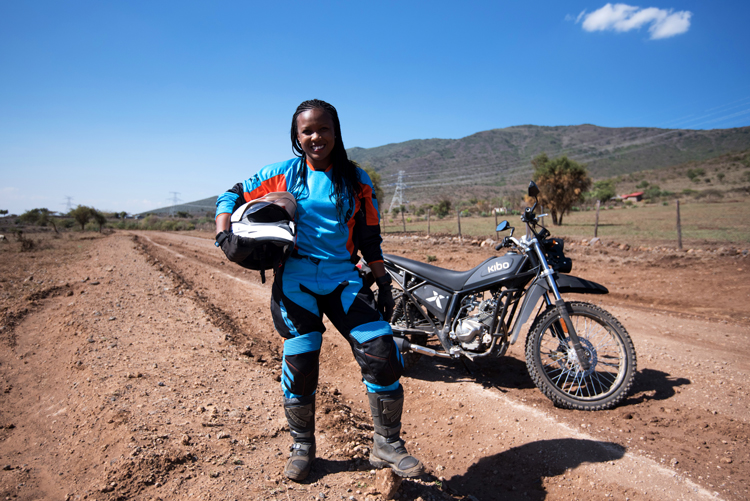 A new motorbike suited to African terrain has been designed, which aims to make daily life easier and safer for those living in Kenya.

The Kibo K150 motorbike has been manufactured by Kibo Africa; a new start-up company founded by Dutch economist Huib van de Grijspaard, which will eventually stock a series of different bikes to suit various African terrains.

Kenya-based design studio Ark designed the logo and came up with the name for the new company, while UK-based Greenspace created a brand strategy and marketing campaign.

While the bike has been designed in Amsterdam, the design process included several trips to Kenya over a two-year period to speak with motorcycle users. It is now being manufactured to demand in a facility in Nairobi, Kenya. 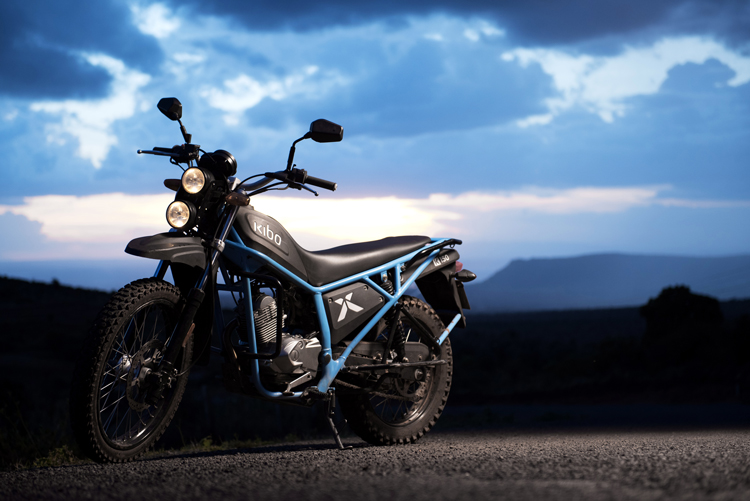 The K150 aims to be a “hybrid” between a street and off-road motorbike, says Grijspaard. Design features include large wheels with tyres suited to both types of terrain, a suspension system that allows riders to carry heavy cargo, and a high space between the ground and the bike. 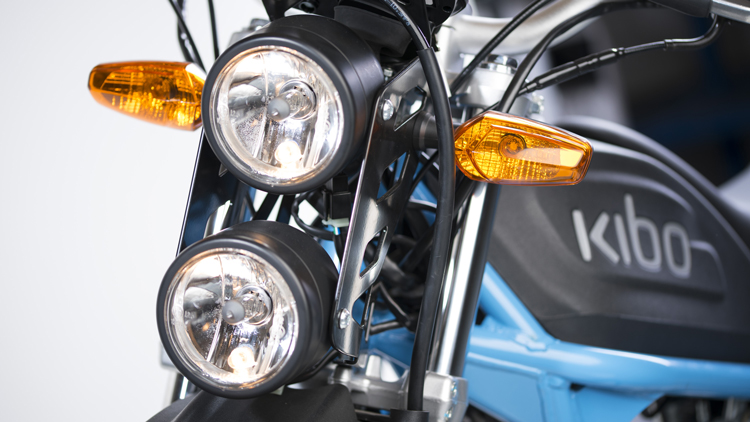 Features to “protect rider from impact”

The top of the bike is horizontal and flat to allow more space for passengers and cargo, adds Grijspaard. Safety features include dual headlights that mean riders have the option of using a dim or full light, a “high quality” braking system with brakes at the front and back, and a frame that aims to “protect the rider from impact” in an accident. 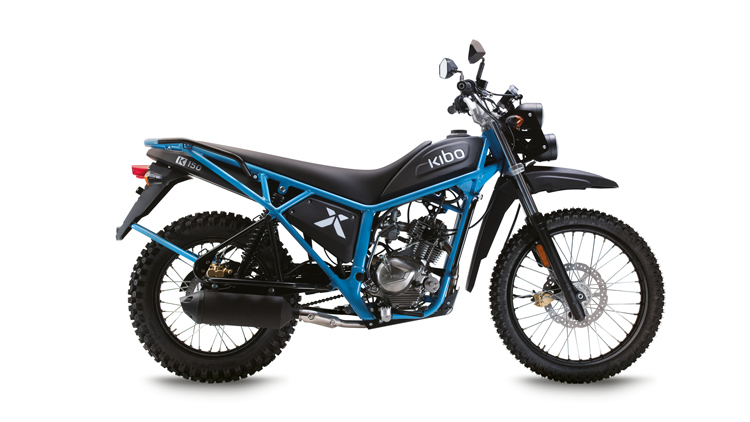 The height of the bike is the same as “most street motorbikes”, he adds, which aims to make it easy to get on and off, and to load and unload cargo.

The bike will initially be used in Kenya, with plans to roll it out to other African countries such as Rwanda, Uganda, Tanzania, Ethiopia and South Africa. Kibo will also provide safety training and equipment such as helmets and gloves.

On the need to design a new, safer motorbike for Kenyans, Grijspaard says: “Motorcycles are affordable in comparison to cars, vans and trucks, flexible in congested areas – which include almost all large cities in the developing world – and capable of reaching many places that other forms of transport are not easily able to reach.

“But one major issue that surrounds motorcycles is safety,” he continues. “This relates to the product and the rider. This is why we’ve put so much emphasis on this in the K150’s design and also on rider training.” 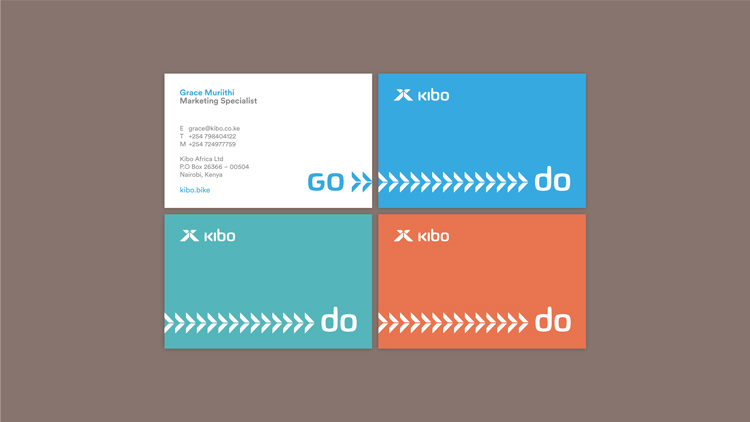 Ark’s brand identity for the company is composed of the word “Kibo” set in typeface Circular, which was chosen because of its “round quality” that represents motorbike wheels, and an “X” symbol based on the bike’s physical frame, says Greenspace founder, Adrian Caddy.

This “X” has then been deconstructed throughout the visual communications and turned into arrows that aim to look like marks found on race tracks, which provide a “connecting path” between different elements of the branding, adds Caddy.

A colour palette has been based on swatches taken from Kenyan landscape photography, incorporating blues, reds and greens. “Kenya is a very green place, and the soil is this red clay colour, while there are bleeds of water,” says Caddy. “We picked colours that were embedded in reality.”

He says that a colourful approach was taken to give Kibo a “fresh personality” that would distinguish it from the “silvers, greys and blacks often used by car manufacturers.”

The name Kibo was chosen as it is a peak on Tanzanian volcanic mountain Kilimanjaro, and is a shortened version of Swahili word kiboko, meaning hippopotamus.

“It has a familiar ring for locals, and they think of it as something strong and tough – like a hippo,” says Caddy. 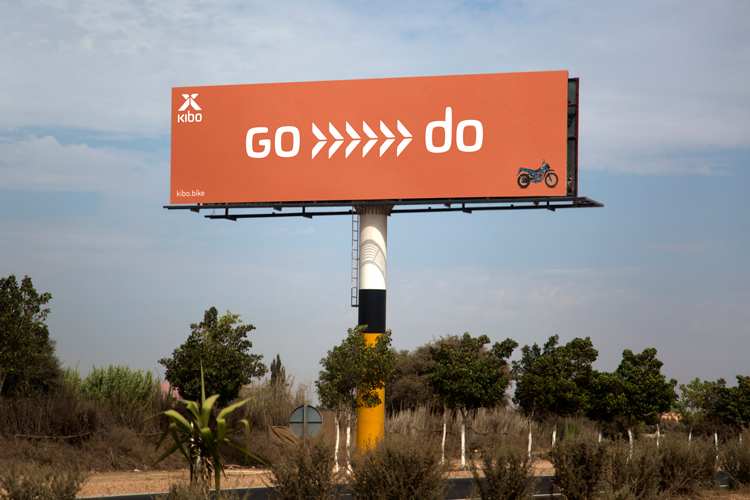 Additionally, Kibo is being positioned in marketing as a “social mobility” brand, which is a play on the social impact it intends to make, its place as a transportation brand and also the fact that it will be “almost entirely advertised through digital platforms”.

Marketing will include short films of customers riding while being filmed via on-bike cameras and drones, growing a community for the brand through platforms such as Facebook, and taking part in entrepreneurial speaking events alongside other start-ups.

According to the World Health Organisation (WHO), in 2011 there were 140,000 motorcycles on Kenyan roads, making up 70% of all newly-registered vehicles, many of these being Kenya’s commonly-used motorcycle taxis. The number of motorcycle-related deaths in Kenya also increased by five times between 2005 and 2010.

“When we did our research in Kenya, we’d see five people sat on motorbikes without helmets, or people attempting to harness beds to their bikes as they rode,” says Caddy. “It was terrifying. This is about doing it the right away, and trying to replace cheap bikes imported from countries such as China and India.”

The bikes have launched in Kenya and currently cost $3,000 (£2,320), available for both businesses and individuals to buy. The frames are available in blue, black, white, orange and red and can be customised bespoke for companies. So far, 15 Kibo stores have been set up in Kenya which provide sales of bikes, parts and equipment, as well as maintenance services. 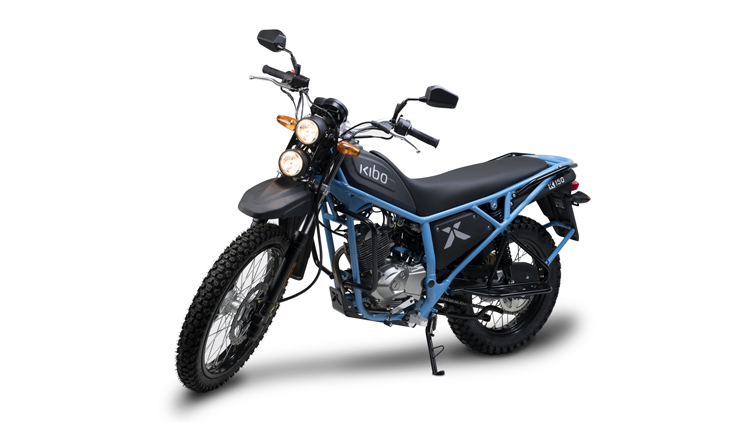 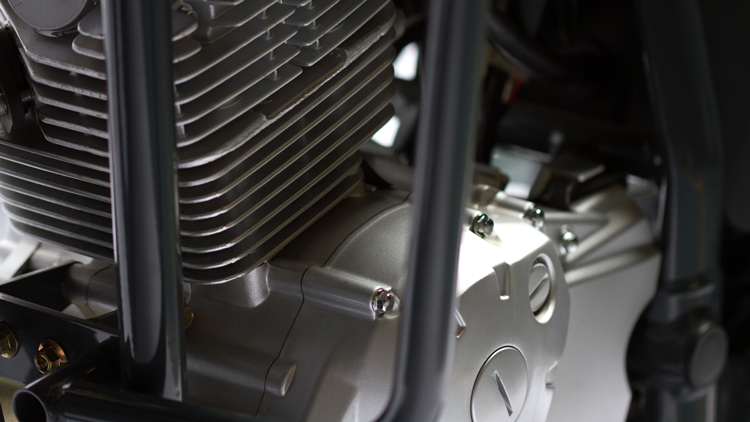 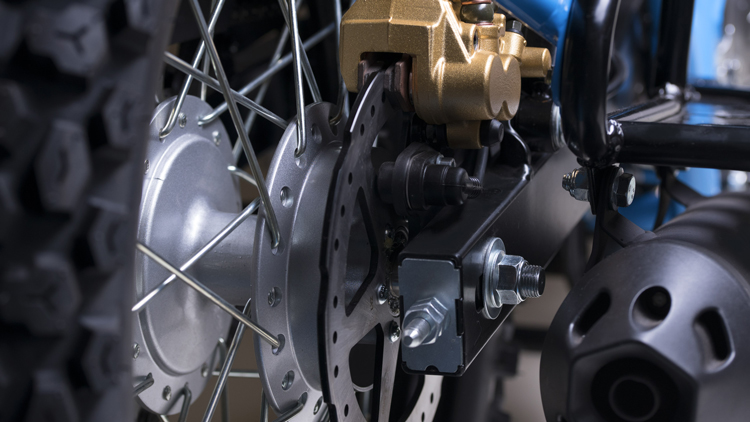 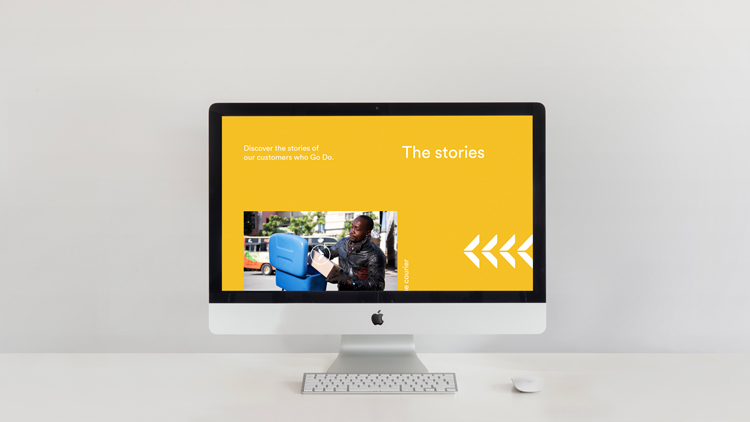 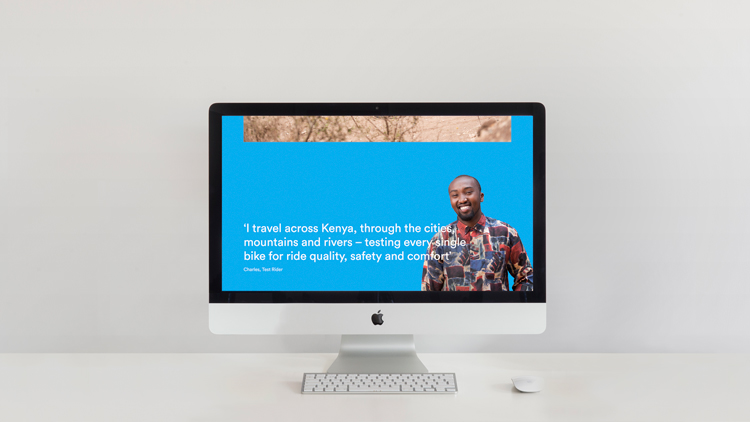 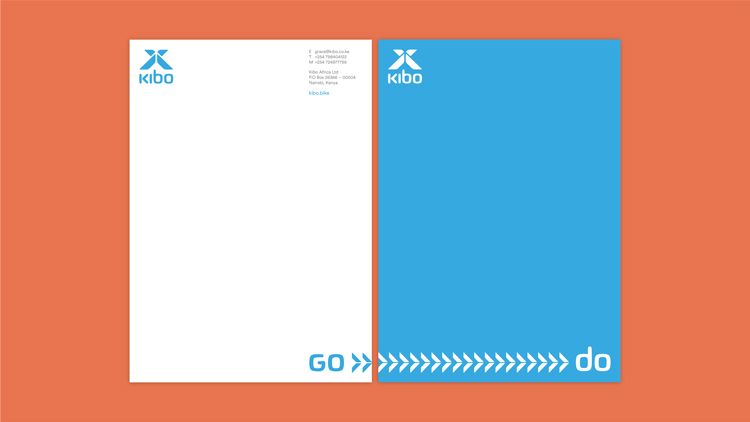 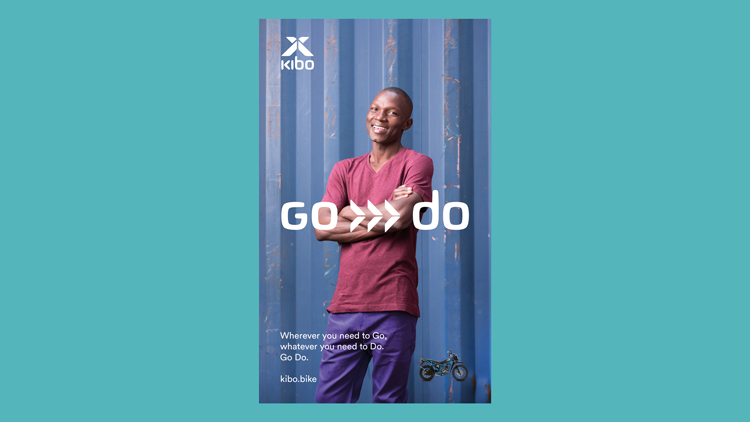 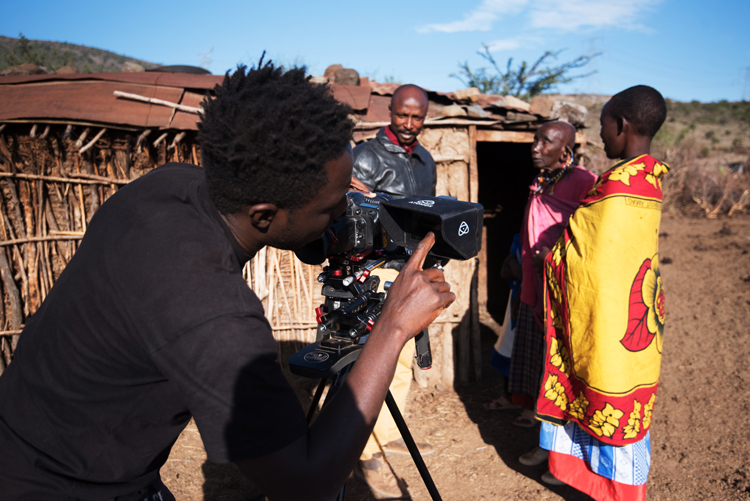 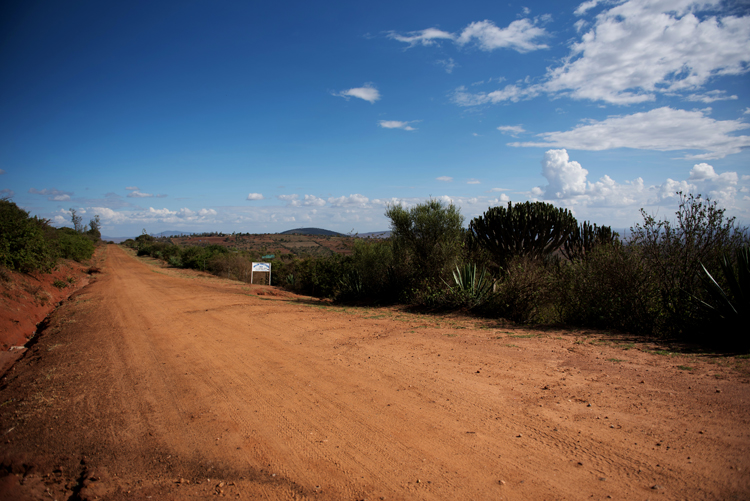 Financial Conduct Authority looks to “streamline and simplify” with rebrand