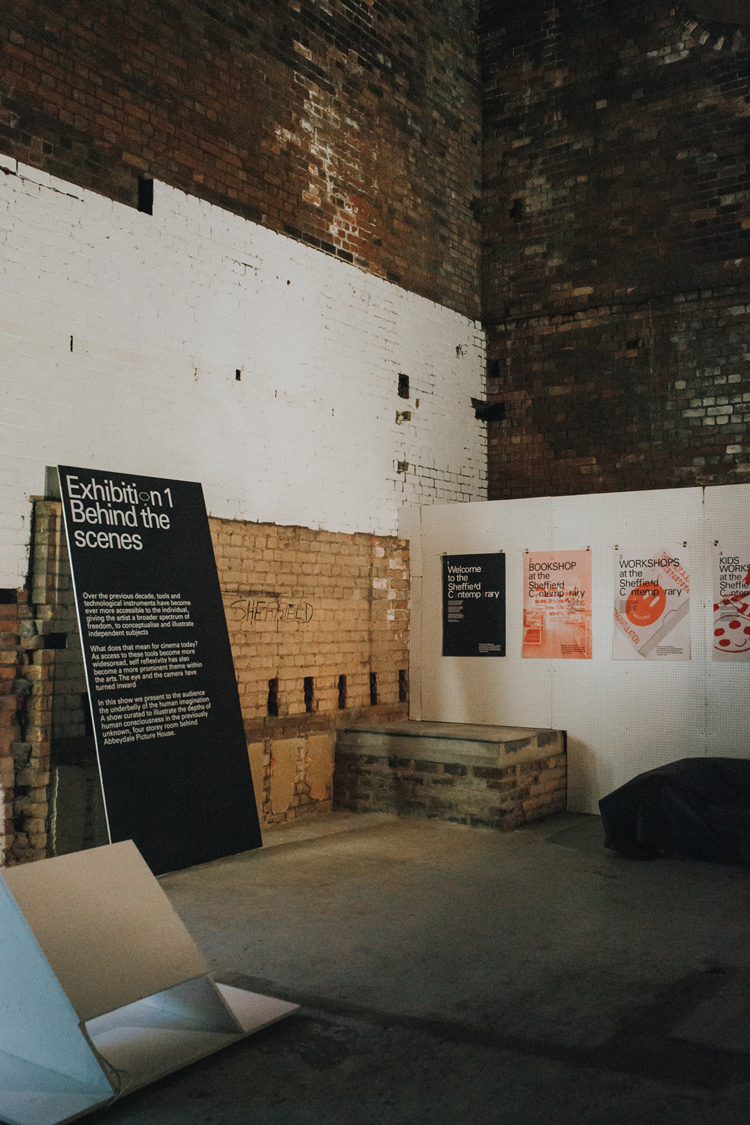 A new contemporary art gallery has opened in Sheffield, in a bid to create a new space for international artists to share their work.

The Sheffield Contemporary is based in the Abbeydale Picture House in Sheffield, a grade II listed, 100-year-old disused theatre. 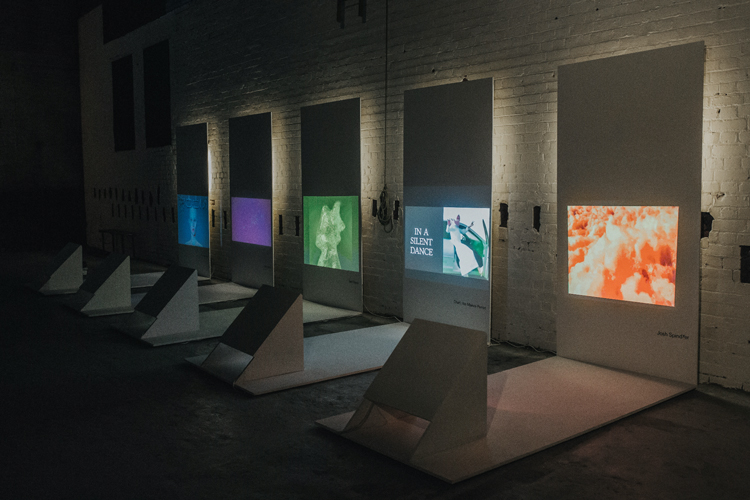 The space has been designed by two architectural designers Louis Koseda and Samual Atkinson, with branding completed by graphic designer Sebastian Koseda as part of a personal project. All three worked with an “excruciatingly little budget” of £1,000 – donated by themselves – to transform the disused cinema, says Sebastian, alongside the voluntary help of local artists and donation of materials.

The three designers were approached by Sheffield-based organisation Creative Arts Development Spaces (CADS) to transform the space, after the designers completed the redesign of a warehouse space for local ethical food project Foodhall. 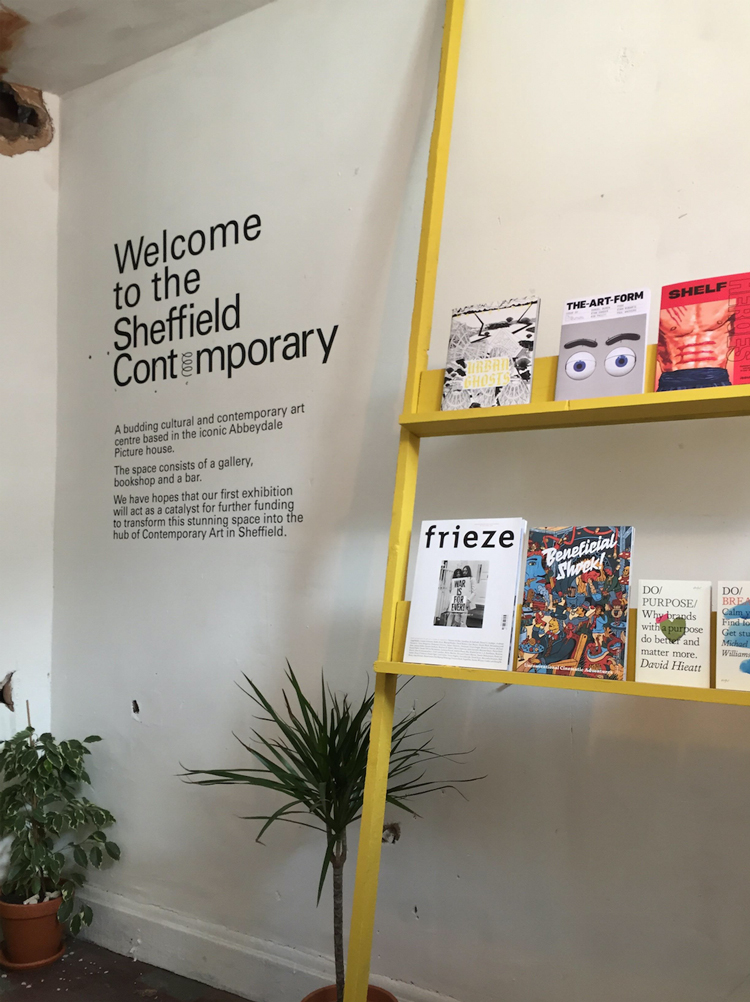 Sheffield Contemporary is made up of a large, “majestic”, gallery space, a bookshop run by local art book seller La Biblioteka and a bar. It has just opened its first show Behind the Scenes, looking at 12 film and motion graphic artists in Europe, which aims to pay homage to the building’s theatre history, says Sebastian. 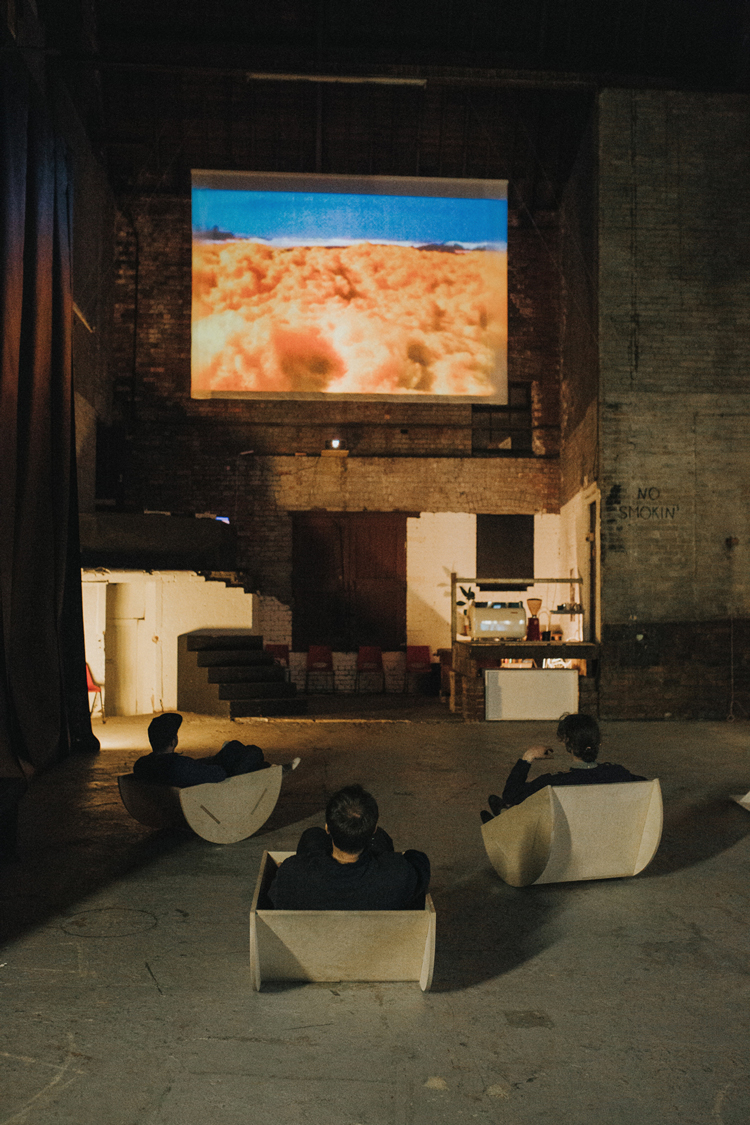 The interiors of the gallery aim to retain the character of the building while adding a “modernist twist” through the exhibits, he says, and have been inspired by the Venice Biennale.

The designers have additionally worked with local artists and craftspeople to create screen prints and vinyl cuts for the walls of the exhibition space.

The branding for the gallery is made up of sans-serif Univers typeface set in white against a black background, with some letters replaced by glyphs that reference Sheffield’s steel manufacturing history.

The symbols are taken from electroplating diagrams – part of the guidelines factory workers would have used to produce steel.

“It felt like that history hadn’t really been touched upon in Sheffield,” says Sebastian. “We wanted a contrast between contemporary and a nod of respect to the area.” 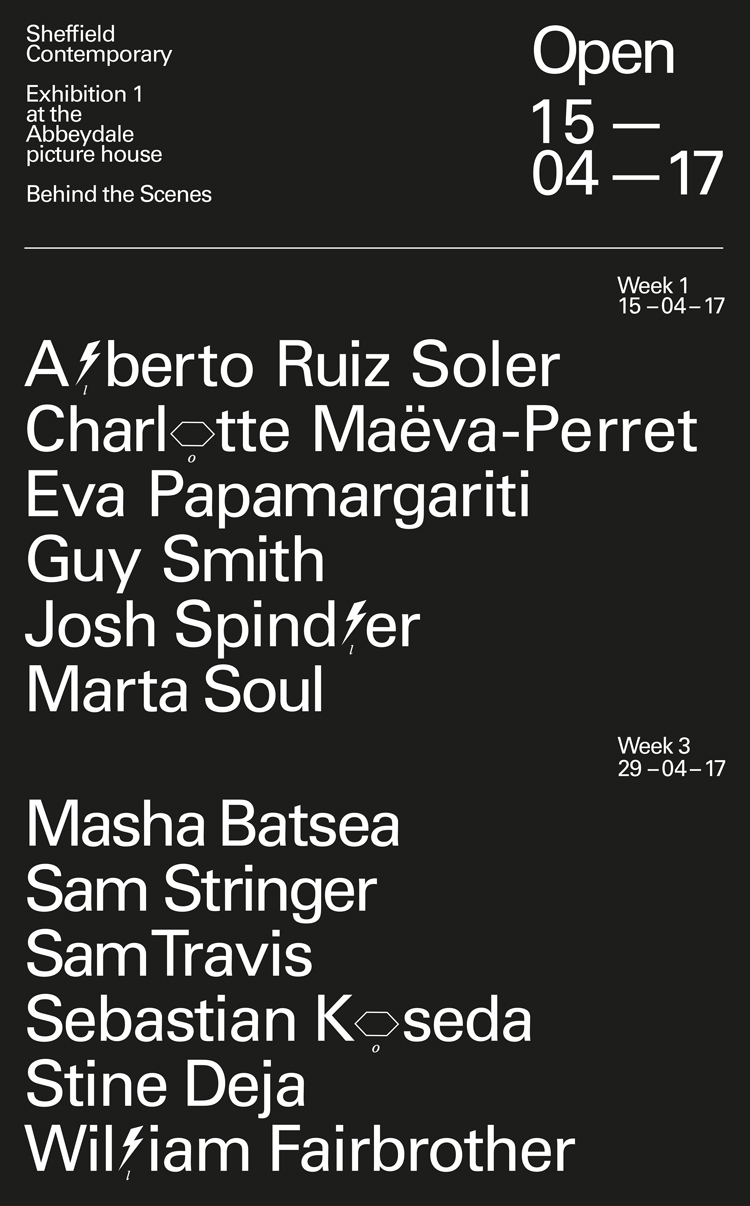 He adds: “When you create a contemporary art space, it needs to frame the artwork without overpowering it. It was important we use a typeface that was quite neutral, while the glyphs add a punchy, graphic presence and originality.” 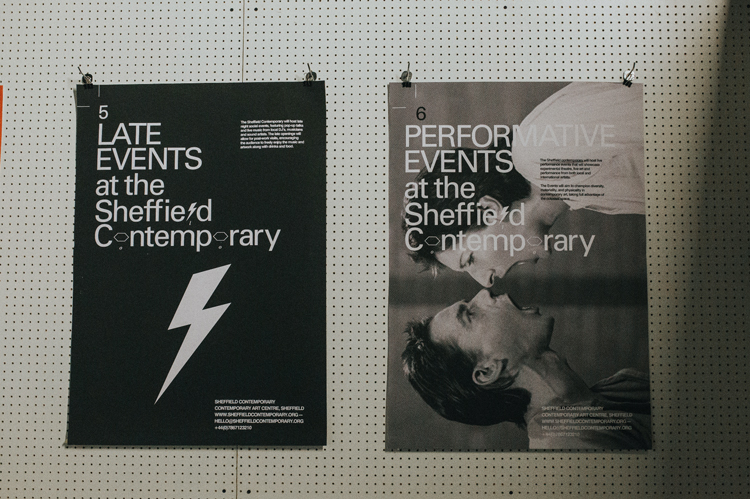 While the new gallery is a “passion project” for the three designers, Sebastian says that the new gallery aims to create more focus on international art in Sheffield, in a similar way to Sheffield DocFest, the city’s annual film and documentary festival.

“A lot of galleries in Sheffield are quite focused on local artists, and while that’s amazing, we’d like to bring more international culture to Sheffield so people can see it first hand,” he says.

Sheffield Contemporary has opened and is currently seeking funding from organisations, as well as artists to express interest for future exhibitions.

Sheffield Contemporary is based at 387 Abbeydale Road, Sheffield, S7 1FS.