A new bench which aims to make it easier for mothers to breastfeed in public discreetly and comfortably has been created.

52Hours, a boutique design studio based in Prague created the bench known as Heer and hopes it can be rolled out across cities, making them “friendlier” for breastfeeding mothers.

The project, which was led by Ivana Preiss and Filip Vasic, together with Belgrade-based industrial designer Nikola Knezevic, aims to offer “a middle ground between the natural needs and often antagonistic cultural norms, between comfort and discretion,” according to the studio.

Design strategy director at 52Hours, Ivana Preiss, says: “The idea for Heer first came to us when we witnessed a mother being shamed for breastfeeding in a public place. We thought the solution must be in design.”

After carrying out some research, they found that “a lot” of women had “negative experiences” while breastfeeding for a range of social, cultural and health-related reasons. 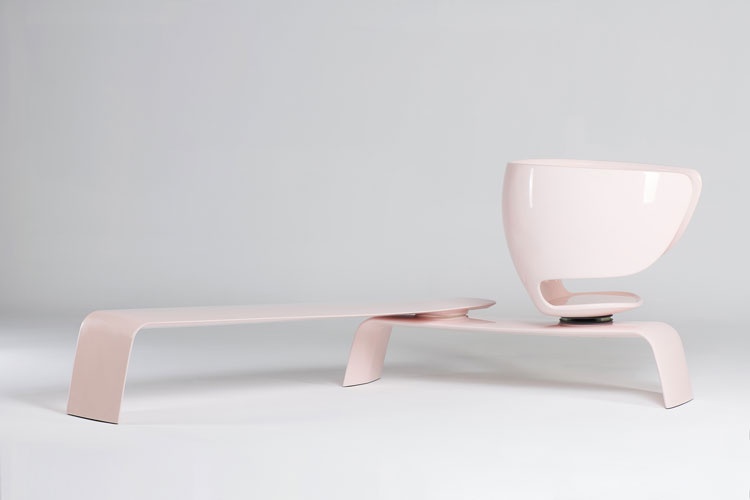 “It was also clear that the problem is not only ideological, but more importantly a practical one,” Preiss says.

“Simply put, urban public spaces still lack infrastructure that is adapted to the needs of mothers with little babies.”

The studio says it gained positive feedback when the prototype was showcased at the 100% Design fair in September, when visiting mothers started “spontaneously” using it to breastfeed.

The bench is designed to offer privacy and calm in public spaces to feed a baby, whether the mother is breastfeeding or just feeding the child another way and wants a spot away from distractions.

Heer can adjust to various angles and spaces, to ensure the mother can find a comfortable position, according to the studio. It includes a pod-type seat, with arms that envelope the person sitting in it, which rotates to offer the option of shielding the mother and rocks gently to help relax the baby or soothe them to sleep. 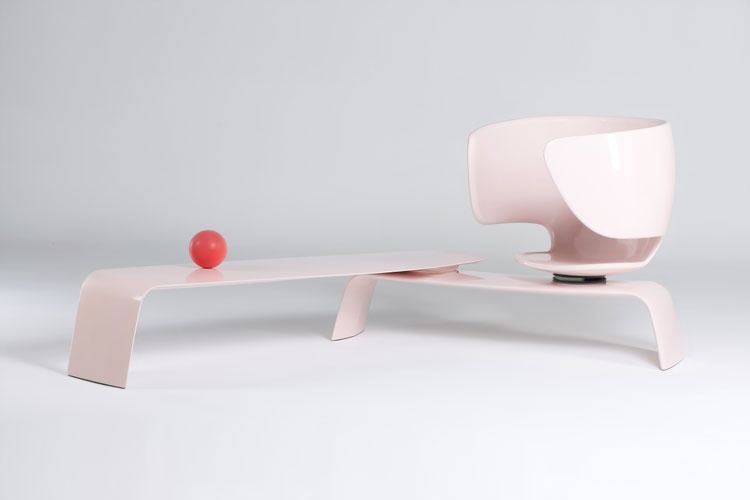 Instead of isolating mothers by encouraging them to go to a separate area to feed their babies, the bench allows whoever is with the mother to stay with her, the studio says, which is particularly useful if she is with another child.

The current prototype is made of composite materials and the studio says the final product will consist of environmentally friendly, recyclable materials.

The name “Heer” references both the words “here” – in answers to the question, “where can I breastfeed” – and “her” as in “her space”.

Reactions to the bench have been “overwhelmingly positive” so far, Preiss says.

“We receive messages from mothers asking for the bench and even giving ideas for further products. Mums are spontaneously creating a community around Heer and that is beautiful to see,” she says.

The studio acknowledges that some critics may argue that the product could reinforce stigma about women having to hide while breastfeeding.

But Preiss says that creating the bench was all about offering women a choice.

“We always knew we would receive negative reaction from some groups, and we expected it,” Preiss says.

“Products trying to address issues with some political charge are usually loved by some and hated by others. 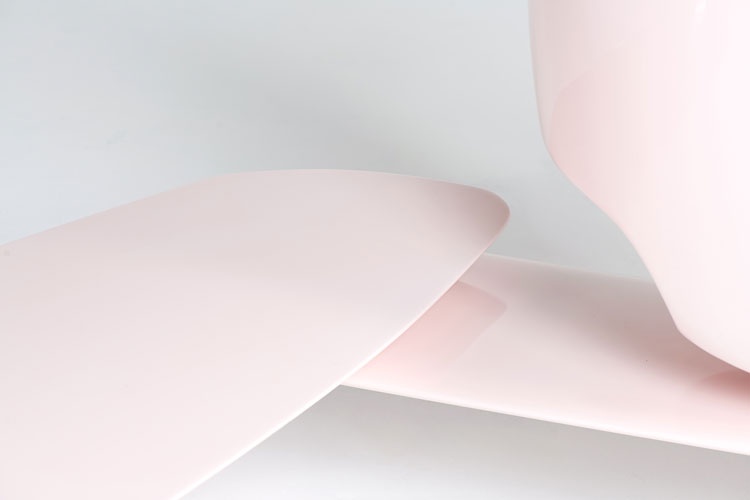 “But a lacking public infrastructure for mothers who for whatever reason, prefer or need to feed their babies in more privacy is another thing. We are trying to give them a choice that they don’t have now.”

Heer is currently in the final stage of development before being released to the market.

The studio hopes the product can be rolled out in a multitude of public places, such as parks, shopping centres, airports, train terminals and various other public institutions and anywhere else mothers may need to feed their child. It has already had interest from private and public entities.

Preiss says: “Following our appearance at 100% Design we have had an interest from a lot of sides, most notably from a global retail chain and a city council of a European capital that is very interested in being the first in the world to install our benches in its municipality.”