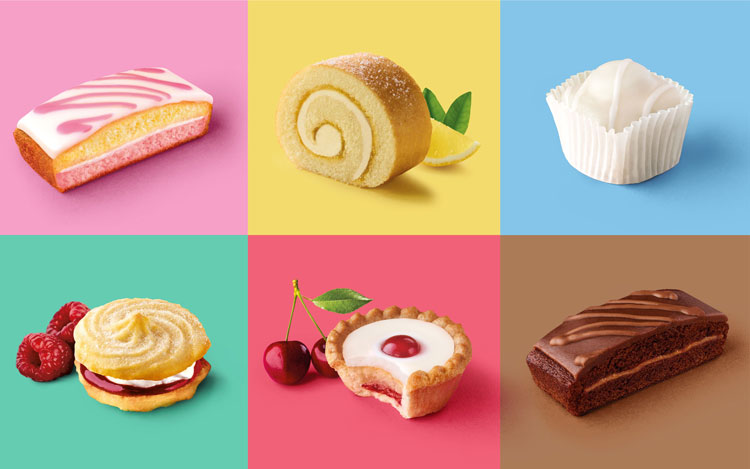 Robot Food has rebranded Mr Kipling for the US and Australian markets in a bid to make a bigger impact internationally.

The studio says that while the brand, which is owned by Premier Foods, is well known in the UK, in some international markets it is a “relatively unknown” competitor, which presents the opportunity to “reinvent” it.

Martin Widdowfield, creative director at Robot Food, says while the company “has a lot of heritage” in the UK, the current branding is not “making waves” in other countries.

“It was about doing something new and exciting, so they weren’t too worried about the current look and equity of ‘exceedingly good cakes,’” he says. “It was like a fresh start”.

Robot Food has confirmed that the branding and packaging will not change in the UK. 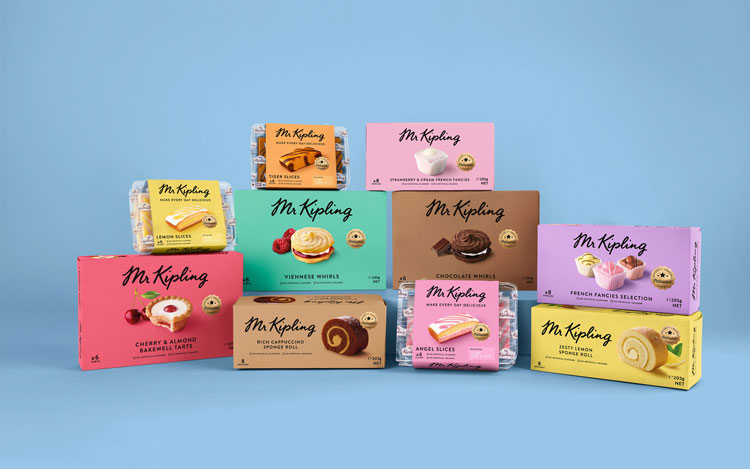 Senior brand manager for International of sweet treats at Premier Foods, Kimberley Tonge, says: “It was clear there was a great opportunity in both the US and Australia for Mr Kipling to provide a sophisticated, high-quality packaged cake, but entering as a challenger brand, Mr Kipling would need a bold new presence to compete.”

The design studio has aimed to create a “contemporary”, “exciting” and “premium” look, which looks to “set a design for the future”, and steers away from the heritage aspect of the brand.

The packaging was redesigned with bright, pastel coloured-backgrounds opting for solid colours rather than patterns, which vary for each different cake. Photographs of the cakes have been placed in the centre as the “hero”, with images of key ingredients also pictured on some packages, such as cherries for the bakewell tarts. 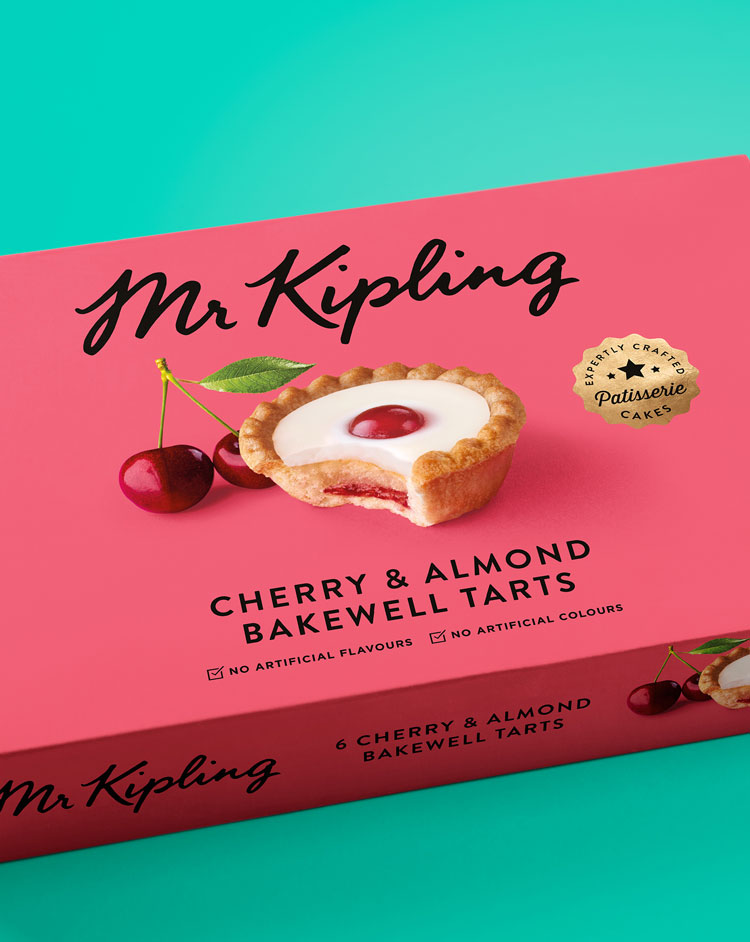 During research for the project, he says, it was found that a lot of “challenger patisseries dared to play with colour and dared to have a more playful look.”

The Mr Kipling wordmark has been kept, but “stripped back to just the signature, without any flounce,” he adds. The logo is now a flat, black colour, printed directly on the coloured background, rather than on a light-coloured label as in previous designs.

Mr Kipling’s script signature, which forms the wordmark, was created by illustrator Alison Carmichael with the consultancy Brand Opus in 2015. 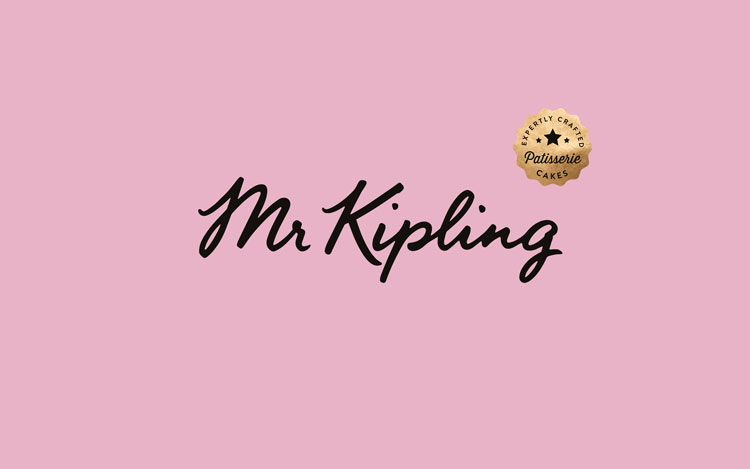 The strapline, “exceedingly good cakes”, has been replaced by “Make every day delicious” for the international market.

“This was about adding a little bit of brightness every day for people,” Widdowfield says. 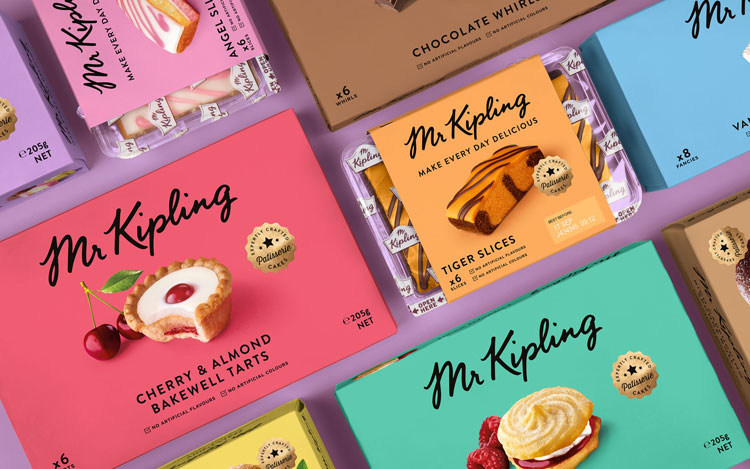 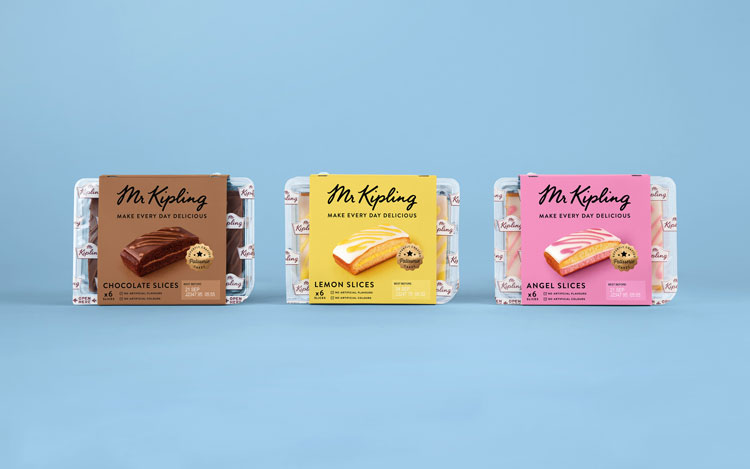 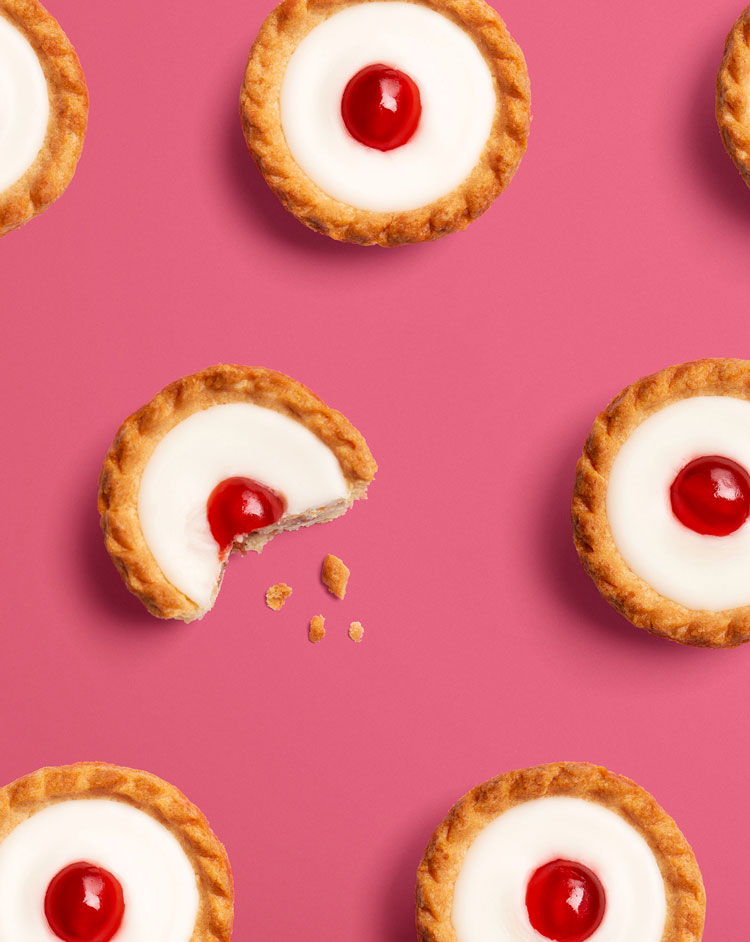 Will designers from EU countries be able to work in the UK after Brexit?