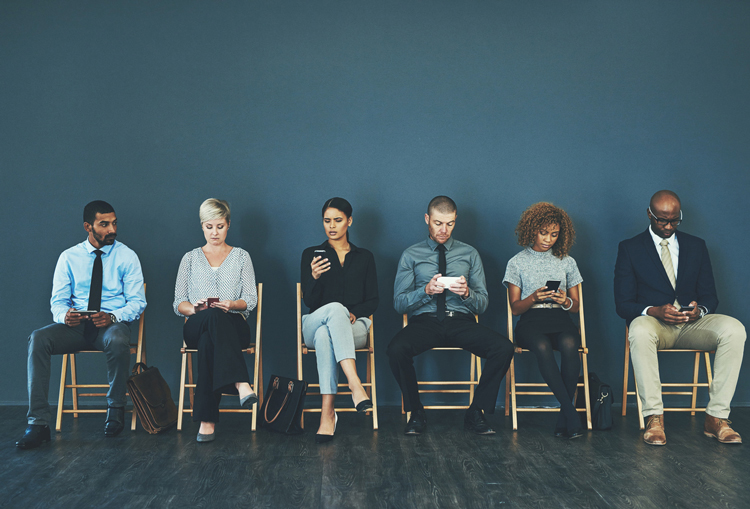 Designers and other creatives from European Union (EU) countries may have a harder time getting visas to work in the UK following Brexit, according to latest Government negotiations.

The Cabinet Office has confirmed that, after the UK leaves the EU in March 2019, EU workers will have no preference over other international workers, and will be subject to the same immigration rules.

The Government’s focus is shifting from preference over nationality to skills, after it agreed recommendations put forward in a report by the independent Migration Advisory Committee (MAC).

The report suggests scrapping the limit on “highly-skilled” migrants that come into the UK, allowing more higher-earning and higher-skilled people to work in the UK.

It also states that EU and non-EU workers will be treated the same, with no preference to work given to EU citizens and both needing to apply for a visa.

Currently, citizens from the European Economic Area (EEA) have freedom of movement, travel and work between the UK and other EU countries, with no requirement for visas. But this is now going to change for EU citizens who wish to work in the UK long-term.

In the report, the Government has not confirmed whether citizens from the EU would need a visa for short-term travel work travel, but has said that a visa would be needed to “settle in the UK”.

Currently, to gain a visa – known as a Tier Two visa – non-EU migrants need to earn a minimum of £30,000 a year. The report confirms that this requirement will be kept and most likely applied to EU citizens too, but the list of “eligible occupations [could be] expanded” to include more middle-earning jobs. This would require employers to pay higher salaries for these jobs.

Many workers in the creative industries have been found to earn under this £30,000 bracket, with the average annual salary of a graphic designer found to be £25,900 by the Office for National Statistics (ONS) last year.

Additionally, a large proportion of workers in the creative industries are self-employed, freelance or contractors, with changeable salaries rather than a set, tangible annual income.

The report, which brings EU and non-EU workers on par, has been backed by Labour as well as the Conservatives, in a move that looks to “end discrimination” against migrants from outside of the EU, according to the BBC.

Professions with shortages are prioritised

As well as targeting “highly-skilled” migrants, which as a term is not strictly defined by the Government but includes the likes of doctors, scientists, lawyers and accountants, the Government has also said it will give priority to jobs that feature on the “shortage occupation list”, in other words, those jobs that are currently undersubscribed or not filled by British workers.

This list does include games designers, 3D computer animators, visual effects (VFX) designers and software developers, alongside other professions such as emergency medicine consultants and mining engineers.

The report has also confirmed the Immigration Skills Charge will now apply to EU citizens as well as non-EU citizens. This is a charge placed on businesses or employers when they decide to recruit foreign workers.

What does the industry think?

While the Government has expressed that it is considering opening up the types of jobs eligible for visas in the UK, the salary threshold of £30,000 and requirement of visas is likely to harm relations between EU creative workers and UK companies.

Jack Tindale, manager of design and innovation policy at Policy Connect, says that it is “disappointing” the Government is extending the Immigration Skills Charge rather than scrapping it altogether.

“It creates a heavy financial burden for small and medium-sized businesses,” he says. “Equally, the £30,000 salary threshold required for businesses to recruit from abroad harms the ability to attract the best, young talent.”

Alan Bishop, CEO at the Creative Industries Federation, agrees that applying both of these rules to EU workers will “strangle access to vital international talent”, and will mean that UK creative businesses will be “simply unable to access the skilled workers they need”.

Bishop adds that the Federation put forward a report to Government in 2017, which made recommendations on how to continue to attract talent from outside of the UK, some of which have been ignored or not facilitated.

This included a creative freelancers visa; scrapping the immigration skills charge and the £30,000 salary threshold; ensuring visa-free travel for workers from the EU for short-term projects; increasing the length of short-term visas; and allowing multiple entry points on these visas.

Will roles be filled by British workers?

UK designers and those in the industry also worry about skills shortages, and the lack of British workers to replace EU creative workers, should they be deemed ineligible to work in the UK.

This worry stems from recent art, design and technology education trends. There has been a significant drop in recent years of students taking these subjects from GCSE through to university level.

Many people have put this down to Government proposals, such as scrapping creative subjects, resources and teachers in secondary schools, and the introduction of the English Baccalaureate (EBacc) qualification. This makes it compulsory for GCSE students to take English, maths, science, information technology (IT), a language and a humanity, but not a creative subject.

Artist and designer Tim Fishlock, otherwise known as Oddly Head, says: “While I voted to remain, I can see that there is an opportunity here, and that’s in homegrown talent.

“If you limit the number of EU nationals working in the UK, then you must work hard to ensure that there are enough indigenous people coming up through the education system to take their place.

“Tragically, arts education in the UK has been much diminished in recent years, so we have a huge disconnect between a thriving sector and an education system that barely refers to it.”

Tindale adds that there have been concerns about lack of support and places available for international university students in the UK, due to difficult visa processes and strict rights to work in the UK after they have finished studying. Policy Connect published a report on the topic in September.

Finally, concerns have been raised about the increasing amount of red tape that will now surround travel between EU countries and the UK, with Deborah Dawton, CEO at the Design Business Association (DBA), saying that the visa process needs to be drastically simplified.

“The paperwork currently required [for work visas] is considered onerous, and when companies do persevere, the time taken for a response can be so long that the project they were recruiting for has finished by the time a visa has been approved,” she says. “The Government needs to ensure that the visa process is simplified dramatically and not overly expensive if small creative businesses are to remain competitive in the global market.”

She adds that relationships between UK design studios and EU clients could be damaged if workers do not continue to be sourced from those countries.

“Currently, 11% of DBA members’ employees are not UK nationals, and 7.1% of these are EU nationals,” she says. “DBA members receive roughly 30% of their fee income from overseas clients, at £155 million per year, and half of that comes from European clients.

“For [designers] to continue to serve these clients, and grow their capability to win work around the world, they need access to talent from those markets.”

Read the Migration Advisory Committee’s report into EEA migration in the UK in full here.