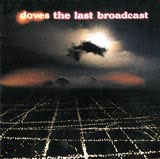 At his graduate show, designer Rick Myers sold some work to a friend who, as it turned out, was in a band called Lamb. It is this style of casual relationship with recording artists that has typified Myers’ commissions to date. After Lamb, he went on to apply his impressive array of mysterious design talents to groups such as Badly Drawn Boy, Doves and local band Lowgold.

Myers, like so many of his counterparts, chases perfectionism in all his work, whether it is the commercial work that allows him to do what he does, or his personal work, which he plans to display more of later this year.

His obsessive attention to detail in his record design produces back covers of equal quality to his fronts. He doesn’t like to be drawn though, on the specifics of his creative techniques, using complex montages that he works and re-works to produce the most resonant end design.