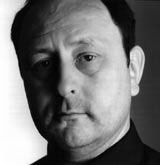 The Design Business Association is looking to appoint a new chief executive following the departure of Ian Rowland-Hill last week to set up as a consultant.

Rowland-Hill left on Friday after ten years in the post, according to DBA chairman Paul Priestman of Priestman Goode. A statement from the DBA says Rowland-Hill decided to stand down ‘having recently helped steer the transition of the DBA to also include company design teams’.

Rowland-Hill was not available for comment as Design Week went to press. But the DBA statement adds he ‘will be working as a consultant to design businesses and clients in maximising benefits from effective design’.

According to a DBA board member, ‘We have been planning for some time new initiatives to stand alongside existing [ones] such as effectiveness training and awards. We’re now ready to put these plans in place, driven by the energy of a new chief executive.’

The 11-strong board meets next month for a ‘restructuring day’ to look at the future of the DBA. The aim is to have the new chief executive in place by the annual general meeting on 4 November, says Priestman.