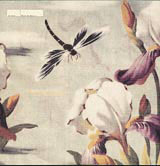 Best known for the art direction of London club Fabric, Jon Cooke and his two partners Juan Cortes and Ryan Belmont make up the design group Love, not to be confused with the Manchester graphics group of the same name.

Cooke began life in the art department of Stiff Records, then went to Island Records after Stiff closed down. After a stint with designer Simon Ryan, he began talking to the embryonic Blue Source team and stayed there for nine years.

Love’s design work includes a textured dragonfly cover for DJ Rush, which is based on an old piece of curtain from the 1940s, donated by the photographer David Hughes, with typography inspired by the handwriting in an old stock-taking book, and a Frankie Bones cover on similarly low-key cardboard, which features brass-rubbing-style knights in armour, adorned with bits of food.

Kitchenware and lifestyle accessories from Currys