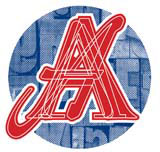 Typography is affected by the wider culture, including fluctuating trends. Design Week asked a clutch of designers, with a close interest in type, for their response to the question: Is typography simply a matter of fashion? Here is what they said…

On the face of it, fashion is as relevant to type as it is to Top Shop or H&M. It’s not quite on a seasonal basis, but every two or three years a new typeface appears that the industry embraces, consumes and then discards, such as Trixie. And it’s nothing new – since the advent of display faces (as opposed to book faces), the production of new typefaces to match new fashions has continued at a startling pace.

Yet, while the surface moves quickly, longer term trends suggest that fashion has little to do with type design. It’s more a question of quality, craftsmanship and appropriateness of use. Why else would typefaces based on the old masters, like Baskerville and Bodoni, or 20th century classics like Futura and Gill, remain so popular?

There is often a fashion cycle with typography, and there are brands that capitalise on this. A lot of clients are sub-consciously aware of typography, of what looks modern or not, and will often choose the safer option, keeping to the crowd. Hence they will sometimes miss out on an opportunity to cut through and stand out. It is easy to be different and edgy, but often people don’t want to be like that.

Typefaces have an enormous impact on the brand, but often on a sub-conscious level, and it’s usually a matter of evolution rather than a revolution, as in the case of Coca-Cola.

Choices of fonts, composition and layout styles can certainly run in fashion cycles. When Gill Sans came out, people reacted against it, but now it’s loved. It has become the ‘English’ typeface and one of the great sans classics, alongside Futura, Helvetica, Univers and Avant Garde. It’ll be interesting to see which of today’s many ‘avant-garde’ fonts will also endure.

But ‘just a matter of fashion’ implies a short-lived influence, superficiality – blindly following a fad, to make your face or identity fit with the current trend. Perhaps it would be more apt to ask: is typography a matter of mood? Does it reflect the mood of the particular product or message? And will that mood appeal to, sell to, challenge, or create the mood of the times? We all know the power of words. Typographic mood can help to influence people’s minds – including persuasion to just follow fashion, fun and the pursuit of pleasure.

Typography is, and always will be, first and foremost about communication – but that doesn’t mean it should be boring and dry. Designing a record cover that puts over the atmosphere of the music appropriately involves the same kind of problem-solving process as designing a clear sign for a fire exit.

The designer should use the visual language that is most appropriate to the audience. ‘Fashion’ is just one of many of those tools; if that speaks to the appropriate audience, then it should be used. But it is important that people don’t just use what they consider to be the latest ‘fashionable gimmick’ because it works on a simple marketing level.

They should also bring themselves into it – make their typography speak in a voice which is true, both to their own soul and life experience, as well as to the message they are trying to communicate.

Design director, Lippa Pearce, and a former chairman of the Typographic Circle

Yes, of course, type is affected by fashion, but that’s not to say that it should be. All areas of design are affected by visual trends in the same way. Sometimes it is done unknowingly, but often it is done with intent.

Look through any period of design history and you will find woeful attempts by some of our revered designers to pick up on some sort of trend. And typography is no different – it’s just the cyclical nature of design. Sometimes a trend will start and, over time, it becomes the norm.

Although type has always been at the heart of graphic design, it is often used as an afterthought. Whereas photographers and illustrators are employed because the designers and art directors don’t feel they can do that for themselves, many of them do feel they can ‘do a bit of type’ – and this accentuates the fashionability of certain typographic styles.

The current wave of using classic serif fonts, often used in conjunction with a swash cut, will probably carry on for a couple more years (just look in the current D&AD Annual for evidence of this). This has started to replace the cooler, Minimalist restraint of the Helvetica/Swiss revival that prevailed throughout the late 1980s and most of the 1990s.

But there is a wealth of really interesting work happening, and original ideas will always beat the fashionable copycats.

Type design has often been subject to the whims of fashion. For every sedate Letraset alphabet, there were five more that didn’t so much set the tone, as shout it from the rooftops.

Most decades have a pervading typographic style. In the 1990s, families of ‘arch-humanist-quasi-techno-sans’ flourished in the wake of FF Meta and FF Officina.

Type ‘ography’, the organising of the written word, should be whim-free and driven by the desire for clear communication. It’s about the grid, and grids were never meant to be fashionable. Grids are the foundation, not the cladding.

There are, of course, typographic gymnasts who throw text around with grid-free gay abandon. Yet, in doing so, they induce migraines among much-interrupted, time-poor and information-hungry readers. Look to The Guardian as a patron of a new type design that harks back to old ‘slab’ principles, and of typographic design that ‘organises’ information with aplomb.

We’re in a time when we can make type do all manner of things, with the push of a button – and there are all manner of people pushing those buttons, some of whom wouldn’t know their Bodoni from their Boden.

Of course, I would not advocate a return to times when, to get type to do something even moderately interesting, you would have needed a hacksaw, a soldering iron and permission from the Father of the Chapel.

But the point is that just because you can, doesn’t necessarily mean that you should.

‘But will it date?’ is a frequently asked question. Clients need reassurance that work, in particular visual brand identities, has longevity.

So, more often than not, we’re aiming to eschew fashion – not only in our choice of typefaces, but also in the way in which they are used on the printed page and, increasingly, on-screen.

Few would disagree that Max Miedinger’s Helvetica is one of the most successful typefaces of all time. It was designed in 1957, but it simply has not dated.

Its unique visual ‘neutrality’ is the secret of its success. Helvetica is a chameleon typeface and can absorb the character of any material on which it appears.