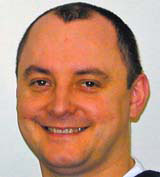 The call has gone out to the public for nominations for the Design Museum’s 2006 prestigious, if sometimes contentious, Designer of the Year. Who would you give the £25 000 prize to and why?

That’s easy. For big, bold ideas that are beautifully executed, it has to be Thomas Heatherwick.

Zaha Hadid. Narrowly beaten to the Royal Institute of British Architect’s Stirling Prize with her brilliant BMW building, Zaha has followed this with the Phaeno Science Centre, which looks like an even better piece of ‘ultra modern’ architecture. There is even more stunning work in the pipeline exploiting carbon fibre boat-building techniques. Her time has come.

David Kester, chief executive of The Design Council. Not a ‘designer’, but he should be recognised for his inspired efforts to promote the value of design to society and industry. The Design Council’s results are now coming through, with the launch of Designs of the Time, which supports regions in the UK as global centres of creativity and enterprise.

Dorothy Mackenzie, Chairman, Dragon I can’t help feeling the prize has been terminally compromised following last year’s debacle. If the Design Museum is going to award a designer with as much money as this, it should go to someone who has the capacity to do something extraordinary (for instance, imagine what Thomas Heatherwick could do with emergency disaster housing). That would be much more interesting than a bunch of design establishment cronies riding on the public’s participation to support their self-serving back slapping. 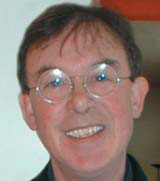 There is, as always, some good work around, being done by some very good designers. But, right now, the most exciting design seems to be coming out of architectural and engineering disciplines. My nomination would have to go to Zaha Hadid and her ‘manta ray’ Olympic swimming pool. But I read a couple of days ago that the project’s gone over budget and Tessa Jowell has pulled the plug.

PR people should be more brand-aware than anyone