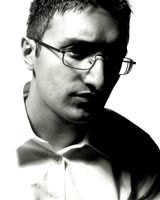 Getting international reach is high on the agenda of most independent design businesses, particularly those that are looking to beef themselves up in order to court investors. But if merging with overseas businesses is on the cards you not only need financial backing and a distinct service offer, but also a sound internal management programme.

Last week the £21m digital media group AKQA announced a four-way merger that spells a change of direction for the independent group as an international concern. Despite generating digital media fees through the UK of £11m last year (Digital Media Survey, DW 8 December), it no longer wants to be a brand name synonymous with the Web.

Instead, it intends to transform itself into a (modest) “global” marketing services agency. An Accenture-backed deal with a small US ad group, a US e-commerce company and a digital media group from Singapore will provide the basis for the new-look AKQA. Management consultancy Accenture (formerly Andersen Consulting) is investing an undisclosed sum in the company and assisting it with recruitment and integration.

All the merger partners have been chosen as being “leading independent companies in their countries”, according to AKQA founder Ajaz Ahmed, who assumes the titles of chairman and chief marketing officer of the group. The collective experience of the new management team threads back across the advertising, digital media and management consulting sectors. In their bid for international acclaim, Ahmed and crew are clearly determined to retain control of their independence, for the time being at least. It’s a choice which is by no means the consultancy’s easiest option.

Most are advised to sell into a marketing communications network which is prepared to launch your business abroad. MetaDesign London did this with Icon Medialab, though it was forced to change its name to Icon Brandlab as part of the bargain. And when London design group The Partners agreed its sale to Young & Rubicam, it was tipped for an expansion which included replacing Landor Associates as Y&R’s brand of choice in the UK. Yet with Landor’s recent run of form this would now seem unlikely.

For Ahmed’s part, the future global ambitions of the business will be based around what he describes as its new service offer. In his eyes, this has not been about creating just another international marketing communications group. It is not about having traditional subsets like design, branding, business strategy or technology. It is about having a new holistic approach, he maintains. And clearly this forward-thinking has convinced Accenture.

“We are creating a new kind of marketing and technology services company. Clients are asking for a company that can provide marketing and technology services across all points of customer contact, be it the Web, mobile or brochures. There is not a company that exists that can do this credibly and we want AKQA to be that company,” Ahmed claims boldly.

“The current reinvention of AKQA means that we will certainly have more of an overlap with other communications providers, but I’m sure that we will actually end up carving out another new niche and hopefully help to start another new marketplace,” he continues. He knows there will be cynical reactions to these claims.

New disciplines and skillsets will be added to AKQA’s multidisciplinary teams, which currently include client services, creative, technology and strategy people. Ahmed goes to great lengths to explain how the company has consciously avoided what he calls the “silo” mentality – “AKQA has always been structured closer to a consultancy than an agency,” he explains.

But is it that simple? By taking this route to international expansion, the management will have its work cut out. Perhaps the biggest challenge will not be convincing clients about its service offer, but its own internal restructuring. “Having the necessary management skills to pull together a global network across four companies is pretty taxing,” says FutureBrand European chief executive Charles Trevail, one of the chief architects behind The Interpublic Group of Companies’ international branding network.

Trevail adds that such claims of carving new international offers are frequently made within the marketing services sphere: “The marketing world is full of people who make big claims, but fail to deliver on them,” says Trevail. “AKQA has seen the massive growth of marketing across all points of customer contact, driven by technology. While they may understand the technology better than many marketers, do they have sufficient depth in marketing skills to compete with the best companies in each specialist discipline – advertising, relationship marketing, branding?”

FutureBrand recently revealed that for its part it is aiming to seize this international market opportunity by partnering globally with IBM. “Both partners benefit from each others’ specialist knowledge and existing global networks – this allows us to respond to large global assignments rapidly,” says Trevail.

While AKQA’s international bid for glory will take time, it will be watched with interest. Many business strategists doubt if a genuinely new international network could be grown from scratch, to reach a scale required to handle global projects. Whether AKQA does manage to break the mould with Accenture, without the backing and scale of a major marketing network, remains to be seen.

Designed with Made Thought studio, the future-facing look for the image sharing platform seeks to embrace “humanity” and reisist tech clichés.