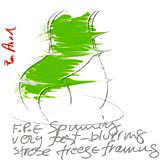 Window installations are increasingly becoming an art form. Or are they a clever ploy for promotion? Over the past two years, Selfridges has transformed itself into a hot destination not only for fashionable retail concepts, but for cutting-edge events. What with last year’s Sam Taylor Wood’s panoramic shots bringing a taste of the YBA to Oxford Street, and last September’s Fashion Week’s windows featuring posters of scantily clad models, people are now rushing to the West End to get their fix of art together with new kitten-heels.

The department store’s latest foray into the world of design is the Perrier-JoÃ¼et Selfridges Design prize, in which five shortlisted designers have been asked to create an installation showing their thinking and influences. An initiative which aims to promote excellence in British design, it opens today with five windows designed by Tom Dixon, Ron Arad, Jasper Morrison, Marc Newson, Tony Dunne and Fiona Raby.

Maybe to dissipate the obvious Ab Fab memories of champagne and shopping, Laurent Perrier-JoÃ¼et has worked hard over the past two years to get the £20 000 prize going. Maria Townsend, marketing manager at Seagram, which owns the luxury brand, says the organisers didn’t want to place it in a high-brow location, hence the choice of the style-conscious yet populist Selfridges. The five finalists have been given an undisclosed sum to create their window and allowed free rein.

Australian designer Newson is showing the original Ford 021C concept car within a realistic backdrop depicting road and scenery. Meanwhile, Dixon has gone for a full-blown manufacturing moving scene with a plastic extrusion machine and technicians churning out plastic objects which will be available to buy in the store. Arad has created a plinth on which furniture will be installed at high speed. Light sensors in the window can be operated by the public from the outside of the window with two options, either slowing down the plinth or projecting images on to the furniture. For a more conventional experience, Morrison shows some of his minimalist classics, such as the Air chair and the Glo light, set against a black felt backdrop.

Finally, a futuristic set-up comes from Dunne and Raby, research fellows of the Computer Related Design department of the Royal College of Art and a duo with a reputation for experimental and conceptual designs.

Dunne and Raby are lining the window with pink cones, turning it into a sound studio and then installing furniture which reacts to the invisible electromagnetic rays given off by ordinary household appliances. The objects are part of their Placebo project, recently shown at the Victoria & Albert Museum. Dunne and Raby plan to invite the public to adopt the furniture after the show. To this purpose, the application form date has been extended to 2 March. Adoption application forms are available from Sorrel on 020 7942 2426 or e-mail her at s.hershberg@vam.ac.uk.

Now that gives a whole new meaning to window shopping.

The Perrier-JoÃ¼et Selfridges Design prize windows are open until 6 March at Selfridges, 400 Oxford Street, London W1. The winner will be announced on 6 March