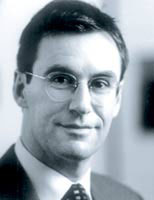 The future’s bright, the future’s organic – in terms of growth that is. That is what FutureBrand chairman and chief executive John Elkins is planning for his global branding network.

Meanwhile, identity supergroup Wolff Olins appears to be taking a different tack. Having survived the lure of would-be suitors for so long, preferring to expand its international network organically, it is now reportedly approaching potential buyers direct.

Wolff Olins should have no problem finding a buyer, depending on how high a price it expects. Most of the global players have, at some time, expressed an interest. But will Elkins realise his ambition for FutureBrand’s further growth to be organic?

Until now, acquisition has been FutureBrand’s way. Since it was formed in 1999, out of the merger of IPG’s identity consultancy Diefenbach Elkins and its highly acquisitive packaging network The Coleman Group Worldwide, it has amassed 29 offices across 21 countries and built turnover to £90m worldwide.

It has opened in South America, by acquiring Idemarque in Argentina, and started to buy into into the Pacific Rim. In the UK last year it added broadcast design group English & Pockett to a cluster of acquisitions, including the former Davis Baron, which the then Diefenbach Elkins, bought in 1997 and now Icon Brandlab, the branding arm of IPG stablemate Icon Medialab.

Plans for the rest of the year include finalising the acquisition of offices in Asia Pacific, in Sydney, Melbourne, Hong Kong and Tokyo, as well as Brazil.

But acquisition is not the only way for the big players to grow. Until now Wolff Olins has shied away from merger, expanding its own offices in New York (coincidentally with the help of Elkins’ former partner John Diefenbach), Lisbon and Madrid. WPP Group’s brand experience company Enterprise XP is being built around former Caribiner International boss Brian Shepherd, while FutureBrand itself has grown offices in Madrid and Caracas organically.

But growing your own isn’t an easy route to expansion as the talent isn’t always there or, at least, where it’s needed.

“To head a team, the key person has to be more than an expert in their discipline. They also need to be a good business developer and to attract other excellent people and mentor and lead them.

“The expertise required by a FutureBrand in strategic brand consultancy is usually not resident in the firm.”

It is true that when Elkins and his peers shop for talent, it’s across the board of consultancy skills – and they operate in a number of countries. But reports come in thick and fast from the UK design industry of a shortage of experienced senior creatives capable of really helping a business to expand. Those who are looking for a change are choosey about where they go.

We have seen, for example, WPP Group’s identity network Enterprise IG take some six months to bring in its executive creative director Jon Turner from The Body Shop to take the place of Franco Bonadio. The Body Shop in turn split Turner’s former role through internal promotions rather than recruit outside – a situation that hasn’t worked out.

Marks & Spencer has meanwhile abandoned its search for someone to take on the creative role vacated by Brian Godbold more than 18 months ago, having been turned down by several contenders (DW 9 February).

Creative services headhunter Fiona Steen of Gundersen Bucher Rugman says the problem is not so much with creative directors: “those earning above £60 000”. According to her, “Maybe mergers between some of the bigger groups have thrown up natural redundancies [at senior level]. I know several good creatives, but I’m desperately short of good consultants and account handlers.”

She adds that there is also an acute shortage of senior and middleweight designers.

Another deterrent to organic growth is that design groups tend to operate as teams, which often makes acquisition a more attractive proposition. Had WPP, for example, simply tried to transfer Glenn Tutssel across to Enterprise IG to build its consumer-facing offer, it might have had short shrift from him – Tutssel is a firm believer in the strength of his team. Instead, it affiliated branding consultancy Tutssels to the global identity network as Tutssels Enterprise IG. It was a reshuffle that spun off his former partner in The Brand Union, broadcast design giant Lambie-Nairn, as a separate group under the WPP umbrella.

Then there are those “must have” groups which are best kept as strong standalone brands, even if acquired. Lambie-Nairn has proved such a prospect to WPP, as, indeed, has The Partners since it was acquired last year via WPP’s merger deal with the London group’s new owner Young & Rubicam. We can expect Wolff Olins to fall into this category, and even Elkins has said he might consider standalone branding should such a high-profile opportunity come his way.

FutureBrand’s management team is not deterred by these difficulties from growing organically, choosing to redeploy specialist talent across its offices according to the project in hand.

“Last year in Europe alone we grew the business by 50 per cent in financial terms through organic growth, taking skills from one office and having them work with others for the good of a client,” says European chief executive Charles Trevail. “We believe that through the network we offer the best in the world. So far [this approach] has been successful.”