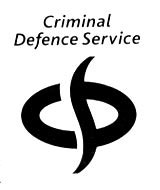 To The Point has designed the identity for the Criminal Defence Service, the body that will replace the Criminal Legal Aid system from 2 April. It won the contract following a paid creative pitch against two unnamed consultancies.

To The Point is working on a set of identity implementation guidelines. The logo will be used on corporate stationery and in window displays of law firms that are contracted to the CDS. It will also sit alongside the Community Legal Service logo, which replaced the Civil Legal Aid system last year. Both the CDS and CLS come under the auspices of the Legal Services Commission.

The CDS marque is intended to reassure the public on the quality of legal aid they can expect to receive, according to To The Point managing director Simon Hutton.

“The Legal Services Commission wanted a quick turnaround and a cost-effective identity to keep budgets low. It’s a very functional design and is for black and white use. It’s simple and uncluttered and is easy to implement alongside the CLS and law firm logos,” Hutton says. The job was worth a “four-figure fee”.