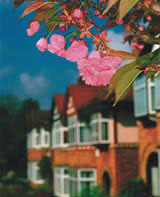 When London’s Mayor Ken Livingstone launches his London: Culture Capital public consultation initiative, it will be accompanied by PhotoLondon: Capital of Culture Through the Lens of Twelve Photographers. Billed as a ‘short’ exhibition by ‘leading UK-based photographers’ it’s the Photographers’ Gallery’s response to a commission from the Mayor.

Blatant propaganda I hear you say. Not a bit of it. Yes, there is cultural inclusion in the content. Plus ethnic diversity in the list of photographers. There are both male and female practitioners – with a wide range of ages. And they have covered a few of the obvious cultural bases. So what does it all add up to? Not a great deal, unfortunately, but the PhotoLondon publicity material tries to persuade us otherwise.

Based largely on existing bodies of work, this looks suspiciously like a high-speed picture research job. At least it’s not a survey or a didactic ideological treatise on the nature of culture in London.

PhotoLondon tells us very little about contemporary London life and a great deal about current curatorial tastes and photographic mores. It really works best when viewed as a piece of pure cultural entertainment. Short and sweet? More like photo-lite, I’m afraid.

Greg Williams shows us a grainy black and white film set – apparently, it’s Borough Market during the filming of Bridget Jones’ Diary. You could’ve fooled me. It could be any movie studio set. Then there’s John Riddy busy stalking some meaning in the rich architecture of London Wall at night. He misses the target completely. As does Mauricio Guillen doing a presence-through-absence kind of thing in a deserted view of Regent’s Park Mosque. Juergen Teller shows us a street fox.

Elaine Constantine’s shot has at least some joie de vivre and youthful energy. Gavin Fernandes is also out on the street with young people – posing a group of handsome Asian youth on Oxford Street like some LA street gang. Martin Parr, meanwhile, is spending springtime in suburbia – classic eye candy for the 21st century in his inimitable and colourful style.

Dorothy Bohm and Stephen Gill show us quiet, low-key views of cultural institutions. Tom Hunter presents his local barmaid in Hackney to no great effect – she could be almost anywhere in the UK. [Jonathan] Anderson and [Edwin] Low opt for a seriously iconic piece of architecture to convey the sporting theme – the diving boards at Crystal Palace pool plunge straight into nostalgia. Only the work of Leticia Valverdes hints at real social issues as she juxtaposes a refugee mother and child against a clichÃ© postcard view of London.

Perhaps it is asking too much, but where are all the images of people at home or at work? – the very people who contribute to the culture of our capital city and make it such a great place to be. Or have I got it all wrong? Does the Mayor’s eye view of culture reside only on the street, in public places or institutions?

If Mayor Livingstone wants us to take his cultural initiatives seriously he will have to do a lot better than this.

A coherent cultural cake would have been nice. Artistic titbits are what we get.

PhotoLondon: Capital of Culture Through the Lens of Twelve Photographers shows at The Photographers’ Gallery, 5 Great Newport Street, London WC2 from 8-17 May