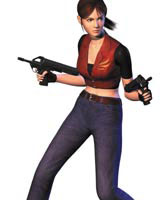 A new report claims video games are now central to British culture. But what are the trends and can mainstream brands cash in? Hannah Booth reports

Aching wrists, sore eyes, arthritic thumbs – common symptoms of an extended session of on-line or video gaming. With hardcore gamers regularly complaining of these RSI-style symptoms, many people’s downtime is starting to look like hard work.

But according to a report published today, computer games, mobile phone and on-line gaming will become more ubiquitous and sophisticated, as people increasingly turn to ‘play’ as refuge from ‘an uncertain and risky world’.

‘Play has insinuated itself into the pores of everyday life as the direct outcome of the need people have for community, safety and security in a world that is seen as fragmented, stressful and dangerous,’ says the report’s author Professor James Woudhuysen.

Woudhuysen points to Game On, the gaming retrospective held at London’s Barbican Centre last summer, as proof that computer games are ‘central to UK culture’.

‘The future growth of computer games promises to be still more explosive,’ Woudhuysen predicts. ‘Microsoft will spend £1.25bn over the next five years building a special network, Xbox Live. By 2004 or 2005, worldwide sales of games software are poised to exceed those of CDs and European take-up of consoles will rise,’ he adds.

And console makers are updating their offers at such a rate that consumers are struggling to keep up with developments, according to Woudhuysen.

This fragmentation and the rise in popularity of video games means designers are needed to help distinguish offers, and game design is gaining greater recognition as a discipline in its own right. Rockstar Games has been shortlisted for the Design Museum’s inaugural Designer of the Year award for Vice City, rocketing computer game design up the industry agenda.

Vice City is ‘a leap forward’, says Design Museum director Alice Rawsthorn. ‘It’s [on the shortlist] totally on its design merits. Visually and technically, it’s much more complex than any other game.’

It’s an art form, too. Woudhuysen says some observers have drawn comparisons between the interactivity of computer games and that of poetry. ‘Two of this country’s leading poets have argued that computer games have reached a level of complexity “where the condition of art cannot be resisted for much longer”,’ he says.

It is in the areas of mobile, on-line and digital TV gaming that the most developments are being made, believes Woudhuysen. ‘Computer games are moving quickly into mobile territory,’ he says. ‘Technology is already enabling people to play interactive mobile games, where they run around outside on the streets, and new IT platforms will expand on-line gaming further,’ he says.

‘Over the next decade, digital TV and mobile phones will supplement the PC and the console [as games platforms],’ Woudhuysen says. For games based on digital TV, UK consumer spending is forecast to more than double from £50.7m last year to £132m in 2006, the report says.

Cable companies such as NTL and Telewest already offer games, and SkyDigital claims that its Gamestar service is used by over half of its subscribers, more than 40 per cent of them women, says Woudhuysen.

Mobile phone networks are seeing the potential of games to add value, generate demand for higher spec phones and build network loyalty. O2’s game portfolio, using WAP technology, includes ‘arcade’-style games such as Breakout and Asteroid; sports-based games like Pong and Racing Fever and puzzles including Amoebas. It is even offering a game called Summer Games 2004 including Long Jump and Javelin.

Woudhuysen says designers need to be aware that the increase in mobile gaming will lead to a ‘feminisation’ of the market, as ‘women prefer [mobile] phones to PlayStations’.

‘The use of TV and mobiles is not as skewed toward male audiences as is the use of PCs and consoles, so these two platforms promise to offer computer games to millions of adult women,’ he explains.

The benefits of a successful brand tie up with highprofile games are manifold. According to Added Value managing director David Nichols, a third of the UK population are active games players of which the largest segment is the relatively affluent 24-34-year-old bracket, an age group that many brands seek to influence.

Nichols points to the success of the Lara Croft and Lucozade tie up, which he says has enabled the GlaxoSmithKline brand to experience ‘double digit growth’.

‘Gaming has spawned an entirely new form of communication, because people are more engaged with the gaming medium [than TV],’ says Nichols. ‘Brands are the wallpaper of their world.’

But Nichols stresses the importance of ‘brand fit’ and highlights McDonalds largely unsuccessful attempt to infiltrate the gaming world, through product placement in the on-line version of The Sims, as an example of a tie-up gone wrong.

‘Although gamers accept product placement, McDonalds committed the ultimate cyber crime of [trying to] force players to toe its corporate line,’ he says.

Woudhuysen’s report highlights that play, and particularly technology-based gaming, is a cultural phenomenon that’s here to stay. Designers and brand managers face the challenge of targeting a diverse audience, no longer singularly male, and creating a meaningful, relevant and increasingly aesthetic gaming environment.

Play as the Main Event in International and UK Culture is published today in the Policy Studies Institute’s arts and culture journal, Cultural Trends