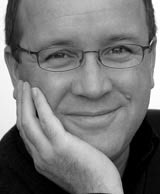 The desire to work for an independent consultancy has prompted James Beveridge to leave The Partners after 16 years to join CDT Design on 3 December.

His decision to leave followed the acquisition of The Partners by Young & Rubicam last year and its subsequent ownership by WPP Group. ‘The Partners needed to move forward and needed a route to do that,’ he says.

Beveridge will take up the role of creative partner at CDT working alongside creative directors Iain Crockart and Neil Walker. His appointment is part of the succession plan developed by consultancy founders Mike Dempsey and Nick Thirkell some years ago.

Beveridge is not being replaced as a partner at The Partners. According to managing partner Aziz Cami, his responsibilities have been shared out among other team members. Cami does not rule out the creation of new partners in future.

Beveridge says he aims to build up the CDT team in an ‘evolutionary’ manner rather than a short-term recruitment drive.

His recent clients at The Partners include Buzz, KLM UK and Clifford Chance.

Fighting talk from the independent quarter