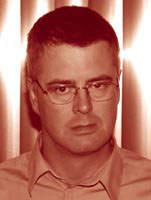 Based in a smelly old Croydon trading estate, Superdrug may not be every super cool design consultancy’s idea of client paradise (it’s next to a sewage works). Then again, judging by the quality of its five-group roster, which comprises Turner Duckworth, Brandhouse WTS, Pearlfisher, Williams Murray Hamm and Creative Leap, it is doing plenty of things right.

Until about five years ago, when the health and cosmetics retailer took the bold decision to badge more than 2000 lines of own-brand products using external consultancies, Neil Pedliham was a packaging designer for Superdrug. The slow and softly-spoken design team manager joined the company’s modest design arm under Martin Richards, subsequently to replace him at the end of last year.

His early life was a bit of a jumble. Pedliham was born on a military base in Aden, Yemen, and then moved ‘home’ to Salisbury, where he went to grammar school. But he didn’t get any A-levels, preferring the brush to the pen – something he discovered late in the day, and probably just in time.

‘I didn’t actually do any A-levels. I was a bit of a waste of space academically. Talk about a misspent youth,’ he says humbly. Fortunately, he was rescued by his headmaster who packed him off to Salisbury College of Art and Design, now called Salisbury College, to study graphic design. He graduated in 1979, having extended his diploma course to a postgraduate degree in association with the Chartered Society of Designers.

After college and a stint as a typographer, then a spell on the consultancy circuit including his ‘lucky break’ at John Herbert Partnership, he joined his present employer. ‘I have worked for a couple of groups that were just awful places to work with, though I won’t name names – I’m aware of the law of libel,’ he jokes.

Pedliham is very thoughtful and modest. ‘I’m not into hero worship or anything,’ he says quietly. ‘I thought Neville Brody was a great revolutionist, but unfortunately he spawned a thousand lookalikes. I prefer to hark back to the really old guys who worked with different mediums and put them all together. For example, Henri de Toulouse-Lautrec. He was known as a painter but he was actually one of the first graphic designers. All his type was hand-crafted. But, unlike nowadays, his creations were something belonging only to one person.’

He speaks very highly of old mentors, who more often than not are of the human school rather than the ‘big ego, small talent’ school as well.

‘I never regarded myself as supremely talented,’ he says, though he still recalls designing the signage for London’s Liverpool Street station, with great affection, while at JHP.

‘John [Herbert] is one of those people who I have a great deal of respect for. He’s one of the quality people. A totally unpretentious man,’ Pedliham says with obvious sincerity.

‘More than anything he taught me that if you are honest about your abilities and your work, and you present in an unpretentious way, people will be more turned on by it, because you’re not afraid to show frailty – which he did. [Herbert] was utterly convincing because there was always a sense that he cared for his work and he wasn’t showing anything he wasn’t proud of. It’s about honesty.’

For his interview for the Superdrug job, Pedliham did something he says he would be ‘appalled by’ if someone had done it to him – he didn’t do any preparation. However, he and Richards immediately hit it off, though he describes the early days as haphazard. At that time, most of the design work being done was in response to the packaging of top brands or following the lead of the competition (chiefly Boots the Chemists).

But things changed. The first ‘mini watershed’ was the arrival of Superdrug’s first marketing director, Kevin McCarten, who helped the design team ‘take the first small step that led to the rebranding of Superdrug’. The finer details are not for public consumption, in fact Pedliham is cautious in this respect, especially about divulging sensitive company information.

What is clear is that at the departmental level, Richards’ clout and Pedliham’s more ‘maverick’ drive helped bring around a culture shift that put the brand at the centre of the business.

‘Before we knew it we were in the thick of it. A brave new world. We had absolutely everything to gain and nothing to lose. And we were halfway through this process when we realised that we were effectively writing ourselves out of a job,’ he recalls.

But the upshot has been an in-house shift to design processes rather than creative output, centred upon the roster. Pedliham maintains the rather radical tradition set by his predecessor of massing the troops once a quarter to critique each other’s work. Demeaning though it might appear to the consultancies, at least the left hand knows what the right one is doing, says Pedliham. It is a luxury many clients do not enjoy.

There is much more to Pedliham than meets the eye. ‘I’m actually quite turned on by people who make me feel uncomfortable – if that doesn’t make me sound weird or perverse,’ he says. It’s not weird, of course.

‘I always feel if you are in charge of people, whether it be an external roster or external people, you should on a regular basis feel slightly uncomfortable about rising talent. There are a lot of people in the business who see talent and then squash it because its threatening,’ Pedliham says with quiet verve. ‘This all sounds a bit worthy I know, but you should embrace it,’ he adds with a last hint of reserve.

Education: Bishop Wordsworth’s Grammar School for Boys, graduated in graphic design from Salisbury College of Art and Design in 1979

Career: graphic designer in various consultancies; joined Superdrug as a packaging designer, and is now the design team manager