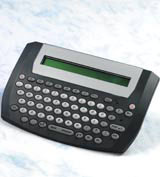 But to date, being deaf or hard-of-hearing has meant that though some products are aimed specifically at your needs, the bulk of them are just that: bulky, ugly, expensive and poorly designed.

The final phase of the Disabilities Discrimination Act of 1995 comes into force in 2004, and will help the one in seven people in the UK who suffer some form of hearing loss.

Some companies, including BT, deserve mentions. Panasonic, for instance, makes two video recorders that record and play back subtitles; a Panasonic spokesman says there are no plans to phase these out in the near future.

Mobile phones, to date, are largely not HAC, or hearing-aid compatible, causing massive feedback. And to buy yet another pricey gadget to make a mobile HAC, it costs. Nokia’s induction loop – a not unattractive handsfree accessory letting hearing aid users talk on certain Nokia models – retails for around £60, and Orange’s Soundmate, allowing Orange hard-of-hearing customers to use its mobiles since September 2000, costs £80.

Televisions with Teletext show subtitles for most programming, but that too is an added cost. Deaf or hard-of-hearing people are entitled to an equipment allowance under the Department of Work and Pensions Access to Work Scheme. But, aside from free NHS hearing aids, deaf people are entitled only to ‘a phone system they can use’ provided by the local authority, and not, it seems, to an allowance for special televisions or PCs.

The Nokia Communicator 9910 is the only mobile phone that will also act as a textphone, though deaf people have fared better with landline telephones.

Alloy Total Product Development has just redesigned BT’s textphone and deaf people can rent the sleek new model and avoid splashing out £200-plus for a telephone. e

For those who are just hard-of-hearing, BT does better: Alloy also redesigned BT’s best-selling Big Button two-piece, with speech amplification and hearing aid compatibility. Also, the UK has Typetalk, a system of 500 relay operators in Liverpool who will type a hearing person’s words so a deaf person can pick them up using a textphone. It’s run by the Royal National Institute for Deaf People and paid for by BT.

But, the technical developments that solve today’s telecoms problems may not work next year. ‘The Internet is certainly one way of getting around the shortcomings of telecoms technology,’ says Nathan Charlton, a consultant to the RNID technology department. ‘Websites now tend to have an emphasis on text. But that will change as bandwidth increases,’ so there’s more emphasis on downloadable video and audio files. In the same way the invention of the telephone excluded deaf people from the telephone and telegraph network, richer Web content may do the same.

The RNID is actively engaged in proselytising to design groups and manufacturers; to this end, Thomas organised a series of free workshops there during last week for the Design Council’s Design in Business Week.

If the economic argument doesn’t sway enough manufacturers, stronger legislation may be in the pipeline. In the US, the Americans with Disabilities Act enforces complete accessibility, regulating products as well as services. And the Federal Communications Commission recently told the mobile phone industry, find a way to make mobiles HAC or we’ll impose one.

Solutions such as Nokia’s induction loop may be the only ones possible, for now. Says Nokia’s media relations manager in Texas Keith Nowat, ‘Most, but not all, hearing aids are not shielded from the signals emitted by digital mobiles on a digital phone, the very nature of the RF [radio frequency] signal interferes with many hearing aids – which is why the technology cannot be built directly into the handset.’

In the UK, the Disability Rights Commission rules mostly on accessibility of services to disabled people. Currently, explains a representative from the office of Maria Eagle MP, Minister for Disabled People at DWP, it is felt that legislating domestically on products would place manufacturers at a competitive disadvantage within the EU.

The way forward may be taking legislative action at the European level, and the Government is producing a report looking at the state of play across Europe. However, states the representative, ‘We are always reviewing legislation’, and one option, suggested by the DRC, is to develop a system of kite-marking that recognises best practice.

Thomas says this is not necessarily a bad thing – it leaves it up to designers to solve the accessibility problem. The gauntlet has been thrown down and the challenge issued. m