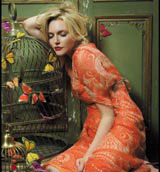 UK retail sales are suffering a heavy decline in a trend that is set to continue, according to a series of monthly reports from the Confederation of British Industry.

Figures in the CBI’s June 2005 Distributive Trades Survey showed the steepest annual decline in sales in the report’s 22-year history. Data for July and August show little abatement in this fall and further deterioration is expected in the market in September, according to a CBI spokesman.

The poor figures have resulted in a reduction in orders placed with suppliers, leading to reduced stocks. And as the sale of clothes, shoes, furniture, hardware and china, among others, remains weak, there has been a decline in the number of employees working for the retail industry.

The impending closure of high-profile stores Dickins & Jones and Laura Ashley, both on London’s prestigious Regent Street (DW 30 June), illustrates the tough retail conditions. However, according to Steve Collis, managing director of JHP Design, this does not mean there will be a decline in investment for retail design. ‘Some clients invest more at times like these, in an attempt to get ahead of the competition,’ he explains.

Much of JHP’s work is overseas where there has not been a noticeable decline in investment for design, says Collis. Nor have its UK clients, Accessorize and Somerfield, been seriously affected by declining sales, he claims.

According to Collis, retailers experiencing poor sales will not instantly turn off their design investments, but if this decline continues, ‘then there might be a slowdown, with big flagship stores put on hold’.

Describing the decline in retail as resulting from a fall in disposable income, Collis says that ‘sometimes tightening spending can have surges in the popularity of other products’.

For those struggling with poor sales, design may become more important than ever, as retailers try to compete with each other to increase the desirability of their brands.

Valerie Wickes, creative director and founder of brand consultancy View, says, ‘If consumers are spending less money, then they will only want to buy from brands that look good and know what they are doing.’ 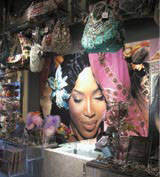 View is now working on its fifth season with fashion retailer Monsoon. The latest campaign aims to raise familiarity of the brand. Wickes claims that there is a direct correlation between the brand image and rising sales at Monsoon.

‘If you cut back on brand communication then you stop talking to the consumer,’ she says. ‘If clients are sensible they will talk to design consultancies first and see what they think in terms of what would be good for the brand, before making cuts on design investments. Monsoon and [View client] Whistles are able to spend cash on design when retail is weak because their successful brand communication has helped sustain sales.’

Julie Oxberry, managing director of Household, says that ‘clients are being more competitive’ over what they want and the results they are after. Household has found that it is required to ‘work closer’ with clients, undertaking smaller amounts of work, more frequently. ‘We are helping stores to work harder, designing flexible solutions and achieving quicker wins,’ says Oxberry.

• 45 per cent of retailers claim sales volumes are down

• 35 per cent have fewer employees

• 26 per cent have more employees