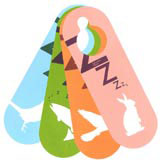 The Bridgehouse Hotel Group has revamped four of its properties with interiors, identity, print and websites designed by Stuff ID.

After its takeover of Thistle Country House Hotels in January, the company appointed Stuff ID to the projects on the strength of a credentials presentation in April.

The four hotels – New Hall in Sutton Coldfield, Audleys Wood in Basingstoke, Cannizaro House in Wimbledon and Hendon Hall in London – are all stately homes with extensive gardens. Branding is influenced by the hotels’ grounds and ‘seeks to bring the outside in’, says Stuff ID managing director Neil Whitehead. For instance, each hotel has been assigned a representative colour and animal motif.

Interiors are the next phase of the project, with public areas at all four hotels likely to be revamped. A redesigned bar at Cannizaro House opened last week, and interiors in two of the other hotels will be complete later this year.