Criminal investigations company Elliptic has been given a new look by brand consultancy Superunion.

Elliptic specialises in investigating crimes that often take place on the dark web and are enabled by difficult-to-trace, encrypted cryptocurrencies, such as terrorism, ransomware, child pornography and arms trafficking.

Superunion was briefed to create a new identity for Elliptic based on the brand proposition “finding the truth in data”.

The identity incorporates negative space typography, which is inspired by the “raw” appearance of data lines and the blockchain technology used by cryptocurrency companies.

Words and terminology such as “truth”, “terrorists” and “ransomware” are hidden within the branding, and will be used across applications such as posters, brochures, confidential presentation files, screen animations and stationery.

“The legibility is deliberately challenging to echo the difficult task Elliptic undertakes,” says Superunion, “while its simple black and white colour palette reflects the seriousness of the issue and the importance of the legal cases that rely on Elliptic’s intelligence.”

Elliptic’s new identity has rolled out across all touchpoints. 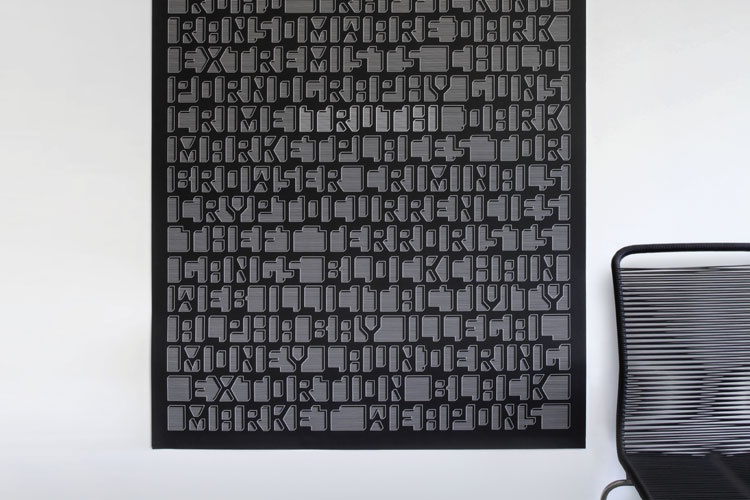 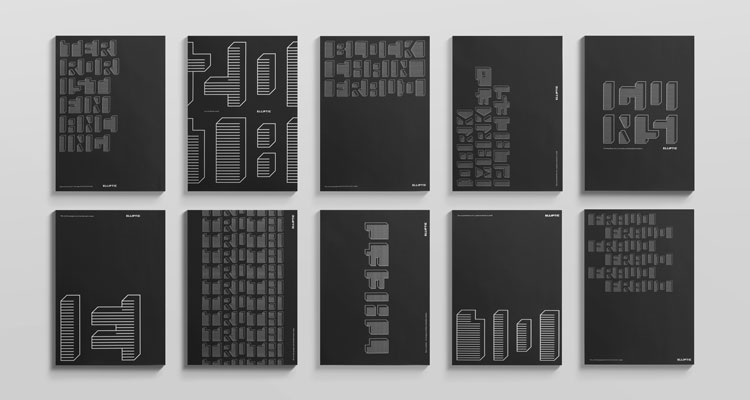 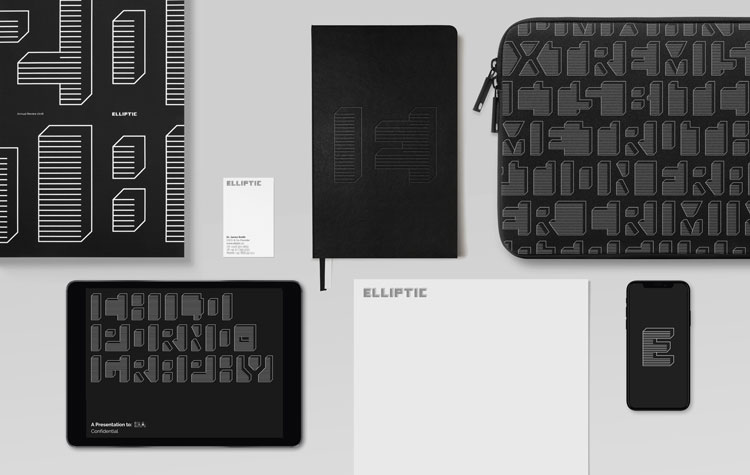