Lyric videos should be simpler to create than music videos. There are no pop stars to direct, no dancers to choreograph. It’s just words on screens. But as a recent slew of lyric videos shows, the medium offers plenty of opportunity for creativity (and complications).

It’s especially true when it comes to bands that no longer exist. While London’s Trunk Animation studio has created lyric videos for artists like Lily Allen, U2 and Kylie, some of its most celebrated work has been for heritage acts. There are a number of reasons why older acts – or the whoever owns the back catalogue – make lyric videos. They can be produced for re-issues or simply provide a visual for streaming services like YouTube, where video owners are paid according to clicks. 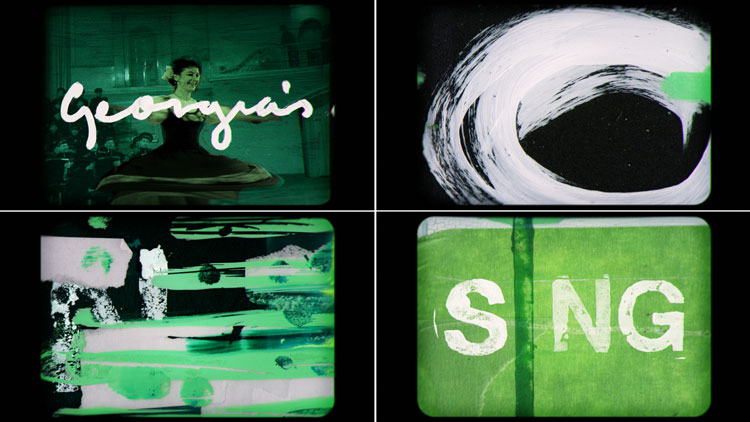 Trunk’s 2018 lyric video for The Beatles’ Back in the U.S.S.R. (originally released in 1968, and newly mixed for a 50th anniversary edition of The White Album) is a prime example of this. Richard Barnett, producer and managing director at the studio, explains how a fine art influence guided the video.

The team, led by Jock Mooney and Alasdair Brotherton, incorporated different printing techniques for the video. There were two main inspirations. The lyrics, written out in green Sharpie, came from Paul McCartney’s handwritten lyrics for the song. The second was the pared-back White Album cover itself. The team worked with the lyrics and recreated white textures for layers. Layla Atkinson – who, like McCartney, is left-handed – was able to mimic the singer’s writing. They also interspersed footage of the band at airports and boarding aeroplanes.

“You don’t want to sit in front of the computer the whole time,” Barnett says. “It’s about getting down and the paints out and doing the cutting and sticking.” While the lyric video is a relatively new format, this design approach allows for an enduring appeal to the video format, according to Barnett. “Proper craft-based practices are timeless,” he adds. “When you’re working on an old song or lyrics written decades ago, reimagining them with the same craft makes sense.”

Working on songs by bands as beloved as The Beatles means that the studio is careful not to be too didactic. “We’ve always tried to be careful of saying ‘This is what the lyrics mean’, but rather present them in a way that reinforces the basic meanings of the word,” he says. This is also crucial in working out the differences between lyric and music videos.

“I think that a lyric video has the opportunity to be something more meaningful as regards to lyrics being so personal,” Barnett adds. It can also be bigger business: Trunk’s lyric video for The Rolling Stones’ Doom and Gloom has over 26 million views, almost double the actual music video. In reality this delineation between music and lyric videos can depend on a few things, according to the designer, including commissioners’ wishes and relatively low budgets.

While videos of lyrics on screens have been about (and many a fan-made karaoke style YouTube version) for a few decades, the format emerged as a commercial force in the late 2010s. American music company Billboard started to take streaming into account for chart positions. If artists posted a lyric video onto YouTube – which also helped fans’ patience as they waited for a video drop – the extra views all helped. In 2014, the MTV Music Video awards even announced a special category for lyric videos – awarded to 5 Seconds of Summer for its Don’t Stop video, designed by London studio Nice&Polite. (The category was made defunct by the following year.)

Trunk’s approach is similar for acts that are still around. In Lily Allen’s Air Balloon, the team used a shifting colour scheme for both text and background which sought to mimic the balloon-popping visual, explains Barnett. In last year’s U2 lyric video for Levitate, the designers played on the band’s religious visuals with an airport runway concept where the camera takes a bird’s eye view.

Last year, the studio also crafted the lyric video for composer Daniel Pemberton, who had worked with rap artists on a song for the Paralympic Games documentary Rising Phoenix. The lyrics are overlaid on footage from the athletes. “I think the lyric video format was so important as the lyrics meant so much to the artists who were all disabled themselves,” Barnett explains. “It really brings the lyrics home to you, and that’s one thing we’ve always felt very strongly about.” The video, which has clocked over 60,000 views so far, could point to a new direction for the sector. As Barnett says: “The format is a chance to really make the lyrics stand out and come to the forefront.” 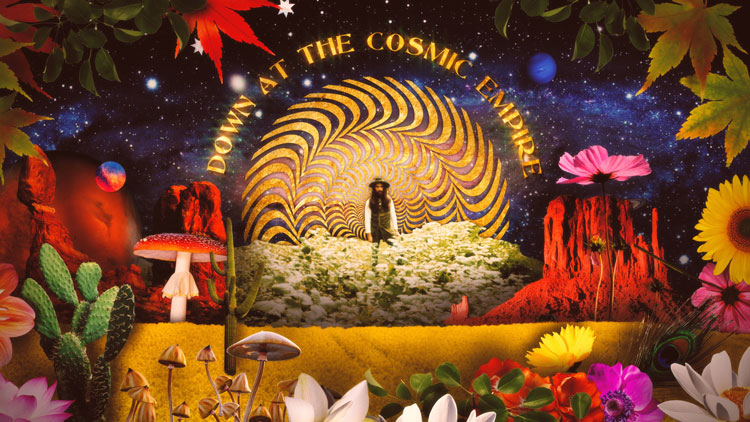 Another Beatles-related project was the focus for a new video from London’s Yes Please Productions, this time the band’s lead guitarist George Harrison. The design team created a lyric video for Harrison’s Cosmic Empire, as part of the 50th anniversary of Harrison’s first post-Beatles album All Things Must Pass. Lucy Dawkins and Tom Ready, the studio’s creative directors, were aware of the pressure for the project – Cosmic Empire had only existed in bootleg format for decades. When it comes to classic acts like this, a lyric video is often the first time an official visual has been associated with the music, they explain.

The video was an excuse to go psychedelic for Harrison’s visuals, according to the designers. They were in contact with Harrison’s son, Dhani Harrison, about the video (Dhani Harrison also served as executive producer for the video). “They had never had the opportunity to be psychedelic with George, so they wanted to push that,” says Dawkins, “and introduce that element of what George was thinking about the time he was recording it.”

Some of those influences include Eastern religions, mushrooms and “consciousness-expanding stuff”, according to Dawkins. The team looked to sacred geometry – the concept that certain shapes have diving meaning – for the visuals, as well as patterns from psychedelic imagery from the time. The designers explain that these kinds of videos are a fine balance: they don’t want to rely on clichés and also want to “reinterpret” the visuals.

Cosmic Empire opens with a peek at the eponymous empire, detailed with trippy flora and fauna. The team has also used archive photography of Harrison and added a vintage feel to the visuals. “A lot of the work is roughening things up and taking away from the digital look,” Readdy says, who also incorporated paper layers for a more textured appearance. Readdy previously worked for Aardman studio and says he understands the “nuances of stop motion”. The studio also likes to make the lyrics “beat-reactive”, he adds, often adding imagery related to the lyrics at the right time. Since it premiered in July, Cosmic Empire’s received over 300,000 views.

Yes Please has also worked on a number of other heritage acts, most prominently The Rolling Stones. With these videos, they’ve been able to explore contemporary design trends, though they echo Barnett’s comments about projects being highly budget dependent. For the video of  Dandelion, Dawkins drew an entire alphabet from the hand drawn typeface on the cover of 1967 compilation album Flowers. It’s no surprise that type would play such a big part in lyric videos and for Downtown Suzie, Dawkins recreated a typeface from a Stones tour poster. “They would have been performing that song on their tour, so we drew the typeface from the posters,” she explains.

That sense of authenticity is important to the success of lyric videos, Readdy explains. “We wanted them to look like they could have been made at the time of the song’s release,” he says. Sometimes they’re so successful that people believe they’re real. That was the case for French film director Michel Gondry who was to taken by the studio’s video for The Rolling Stones’ She’s A Rainbow, he mocked up a paper homage to their work on his Instagram. “I thought it was from ’67 like the song,” Gondry wrote in response to Yes Please when the studio pointed out it was actually from 2017. “You should not have have told me!”