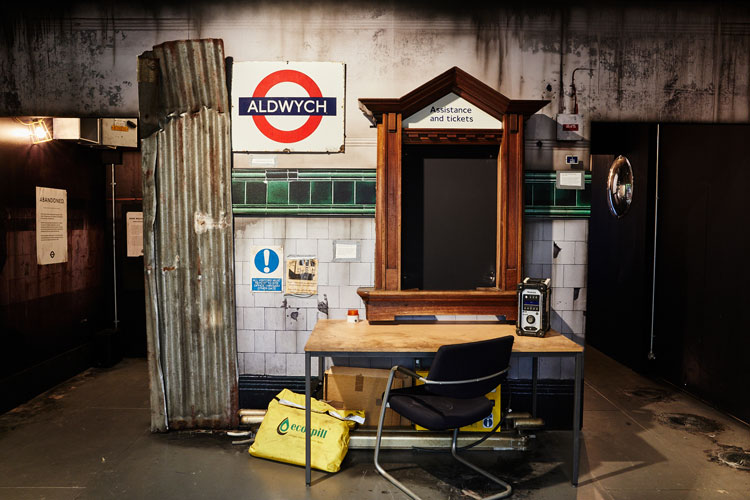 Our story about the London Transport Museum’s Hidden London show was Design Week’s most-read exhibition story of the year. Aiming to showcase the “secret subterranean world” of the city’s abandoned Tube stations, the exhibition recreated spaces like Down Street station, where Winston Churchill took refuge during the Blitz, and Aldwych’s “historic ticket office”, which featured the iconic green tiles used by architect Leslie Green.

The creation of the space was overseen by the museum’s head of design Sau-Fun Mo, who wanted to use the stations’ inherent eeriness to create “Scooby-Doo moments” for visitors. During the research period, she spent time in “spooky” underground tunnels where “no one wants to be the last one” left behind. The final product used audio-visual elements and embraced the environment’s naturally small spaces to replicate this.

The standout feature of the exhibition was the recreation of the dining room where Churchill took shelter during the Blitz. It was a particular challenge, according to Mo, since there was no official documentation of the shelter at Down Street, which was also the headquarters of the Railway Executive Committee.

Back in September, our guide to the must-see exhibitions at London Design Festival also gained attention. Many shows were led by conversations around sustainability. Furniture retailer Viaduct’s Waste Not, Want Not exhibition showcased what it thought were the studios leading the way in responsible design, with pieces exploring the need to minimise waste and maximise materials.

In a similar vein Amy Adams curation for the Koppel Project explored the growing trend of designers rejecting traditional functionality in favour of pieces that tell stories instead. Alternative materials and methods result in a more sustainable manufacturing method, and the exhibits looked to showcase this weird and wonderful world, with fabric made from tree bark, perfume made from tears and clothes made from tanned cow stomach being featured. 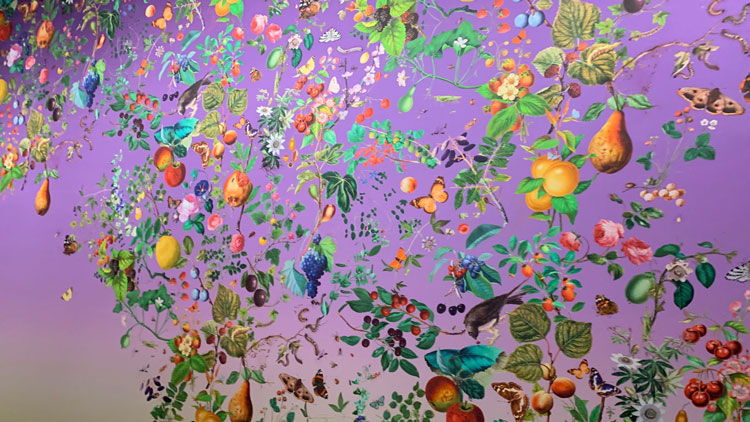 Half-way through the year, the V&A opened Food: Bigger than the Plate, which caught readers’ attention for its curation of “perfectly edible foods” like cheese grown from human bacteria, proteins derived from soil mould and salad grown underground.

Exploring the relationship between art and food, the exhibition asked how we as consumers might make more sustainable food choices, with both creative and proactive projects being featured to achieve this.

On one wall of the exhibition stood an expansive chicken family tree by Belgian artist Koen Vanmechelen, who began cross-breeding chickens 20 years ago to make a statement about farmers “designing poultry”. The more genetically diverse birds were eventually lauded by scientists for their strength and disease-resistant qualities and were, according to co-curator May Rosenthal Sloan, a great example of science following art.

The show also followed its own advice, shining a spotlight on its sustainability. Since high profile exhibitions are notoriously bad for waste and consumption, the team committed to reusing the materials after the show, either in future V&A exhibitions, or by donating pieces to schools, theatres or other museums. 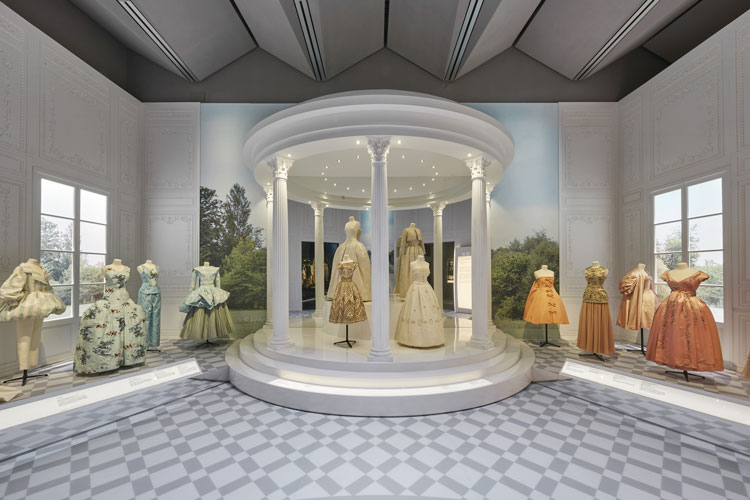 But before the V&A made us question our eating habits, it saw “unparalleled” success with its blockbuster Christian Dior: Designer of Dreams exhibition. Charting the late fashion designer’s links to the UK, the show displayed 500 items, including 200 haute couture garments, accessories, photographs, magazines and illustrations.

The design of the exhibition was led by interior designers at Paris-based Agnece NC, with creative director Nathalie Crinière saying the main aim was to “give life” to the dresses, which were ultimately made to be worn rather than displayed in a museum.

With the House of Dior having dressed plenty of people of note and creating countless iconic fashion moments, highlights for the show included the dress worn by Princess Margaret on her 21st birthday, and the 1947 Bar Suit, the outfit that “caused a sensation and revolutionised the female silhouette”.

Due to huge demand, in May the V&A announced the show would be extending its run for another two months. 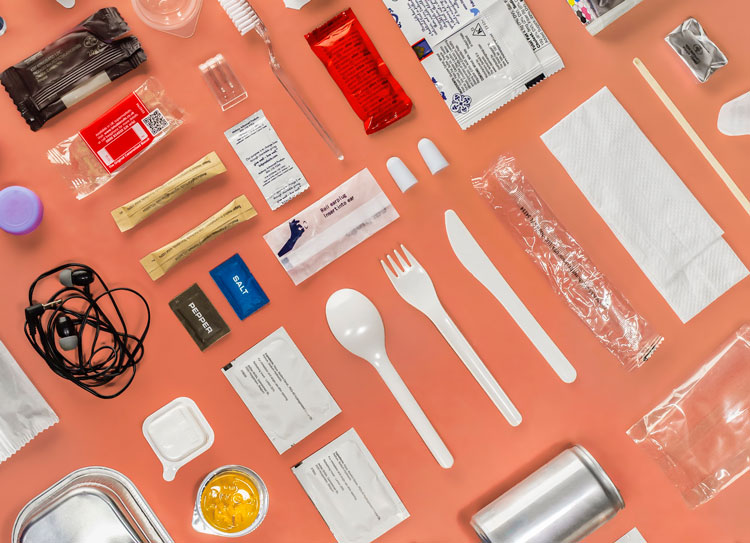 Topping off the five biggest exhibition stories of what was an undeniably sustainability-focused year was the Design Museum’s Get Onboard: Reduce. Reuse. Rethink. While the negative environmental impact caused by air travel is well documented when it comes to fuel and carbon emissions, this exhibition focused on what happens inside the cabin.

With a staggering 5.7 million tonnes of cabin waste generated on passenger flights each year, from things like single-use plastic in meals, earphones and food waste, the Design Museum asked how we might improve this, without deterring people from flying.

Split into four themes, the first section looked at the traditional airplane meal tray; the second at how we might reduce water waste in-flight; the third looked at how flight accessories like earphones, toiletries and literature could be improved; and the final section looked at innovative material development that could remedy all of this.

It was just one of several high-flying exhibitions for the Design Museum this year, which also enjoyed success with its Moving to Mars exhibition, which opened to a sold-out weekend, and its Stanley Kubrick retrospective, its most successful show to date.