Landscape architects Grant Associates has been given a new identity from Supple studio, inspired by the “wonders of nature”.

The new branding includes an updated logo, animated imagery, as well as physical material such as tote bags and stationery.

Grant Associates is a UK-based landscape architecture firm, which designed the Gardens by the Bay in Singapore, featuring 18 distinctive ‘Supertrees’. More of its ecological-themed work includes Robinson Tower, also in Singapore, as well as a planned 42-hectare “playful” park in Tianjin, China.

The aim of the rebrand was to better reflect Grant Associates’ desire to connect people with nature, according to the architects.

For the rebrand, Supple collaborated with Fitzroy Hawk who created the imagery and Mud, who designed the website. All three studios are based in Bath.

Jamie Ellul, creative director and founder of Supple, says that the rebrand was also a reaction to how the world has changed since Grant Associates was founded in 1996.

He says: “With the climate emergency and environmental changes, Grant Associates sees its role as ‘reconnecting people to the wonders of nature’ through its innovative and engaging landscape designs and creative ecology.”

For the new logo, the studio used a lowercase monogram taken from the firm’s name. It took around 20 iterations to get to the final version, according to Ellul.

“We wanted a lowercase, soft and friendly feel,” he says, “Plus the g and a are lovely organic flowing shapes to play with.”

The typeface used is Metric, which was chosen because it has a double-story lowercase a. The a’s tail meant that it could be used to reflect the lowercase g.

After these details were in place, the process was about adding personality to the logo. “We worked towards something that felt natural but a little quirky around the edges — a reflection of Grant Associates’ work,” Ellul adds.

Mixing “technology with the manmade and natural worlds” 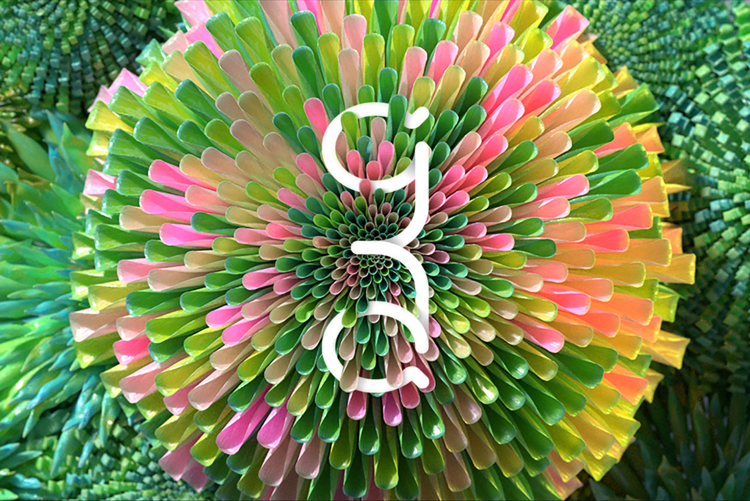 The colourful sequences — based on organic particles and resembling coral reefs and exotic plants — reflect Grant Associates’ “unique blend of technology, the manmade and natural worlds”, according to Ellul.

“The particle motion helps convey this approach and also evokes the wonders of nature,” he adds. 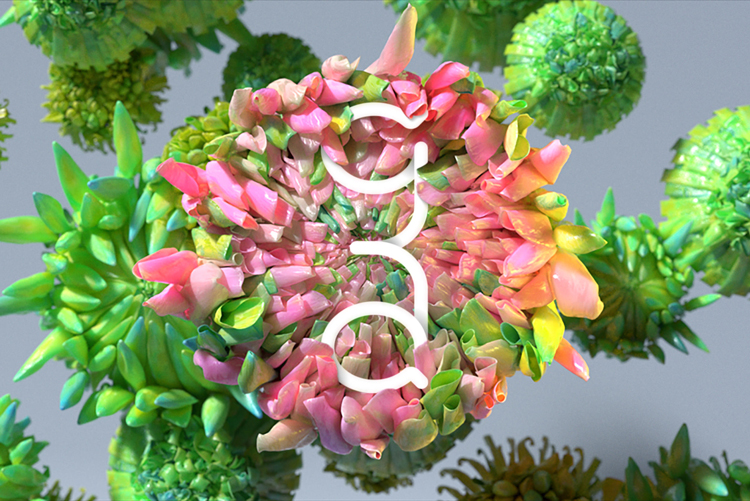 As Ellul says, “reconnecting people and nature was the touchpoint throughout the project” and the physical branding was no different. For the stationery and brochures, the studio chose papers made from grass, chlorophyll and wheat. 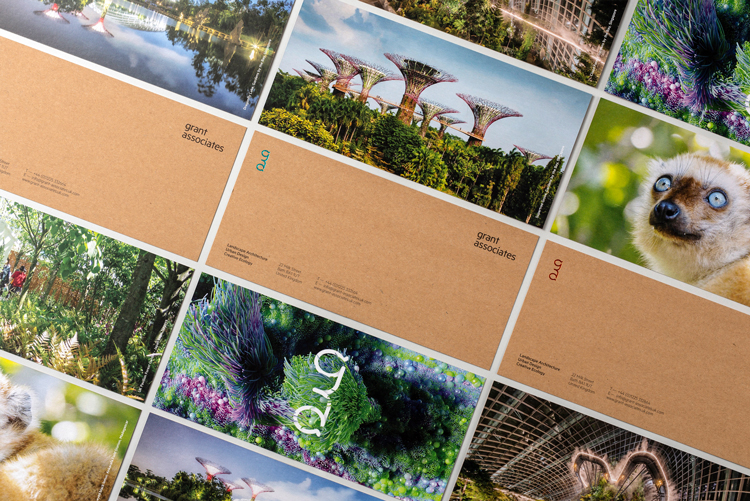 “The papers literally smell like standing in nature,” he says. “It’s evocative and tactile stuff that really puts you in the mind of nature.”

Supple also sought to work with prints and use print techniques that were “low impact” in terms of carbon, recycle and wastage.

“We really wanted the print elements of the identity to reflect Grant Associates’ commitment to green issues and sustainability,” Ellul adds. 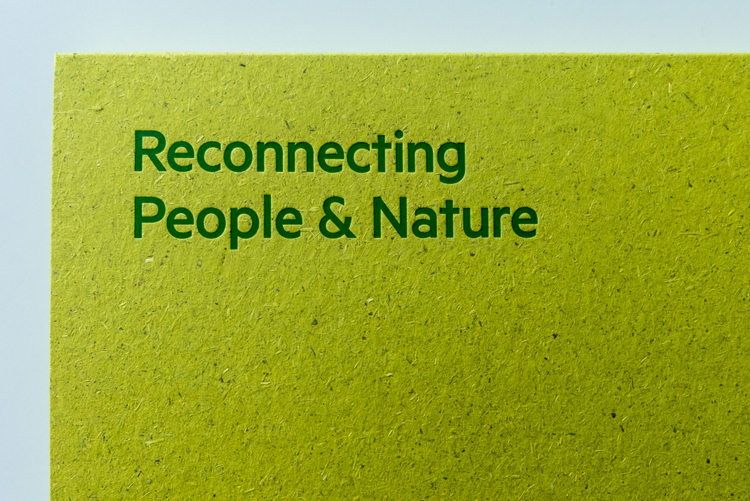