A “non-biased” newspaper that compares policies from the UK’s six main political parties is being distributed across London.

Politics v. Policies has been designed by Rory Stiff and Casey Highfield Smith. It aims to combat the “lies, slander and accusations, which dominate the current election coverage, according to Stiff.

The 16-page tabloid style newspaper features the top 14 policies from the main political parties, and highlights key points from each party’s manifesto. The topics included in the paper include Brexit and immigration. 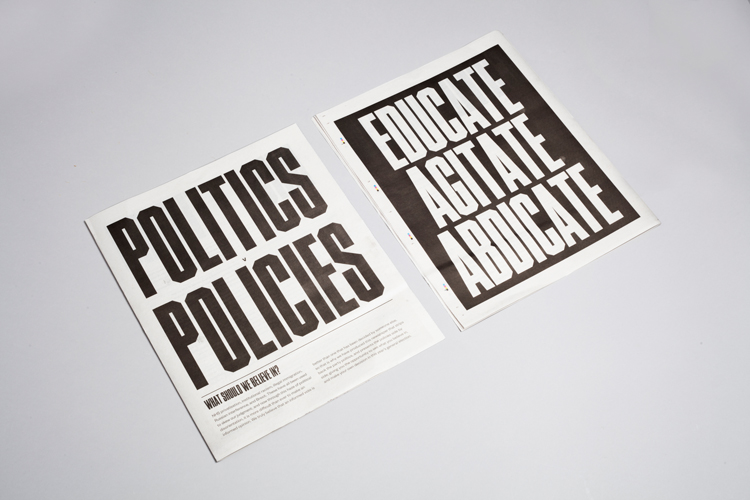 The paper has been created in collaboration with London-based advertising studio 20something. 10,000 copies are being distributed across the capital at major transport links.

The idea for the paper came from a daily commute, according to Stiff. He says: “I realised that all around everyone was getting the same biased information, be it from tabloids, websites or from word of mouth.

“Many people will not know what policies they’re voting on in this election, and we saw that there was an issue that we could tackle.”

Working with writers Angus Williams and Dominic Penna, Stiff sifted through the six main parties’ manifestos and “tried to reduce their manifestos — sometimes more than 100 pages — into an easy to read format that would allow readers to make an informed choice this election”.

The six parties featured in the paper are The Conservatives, Labour, Liberal Democrats, Green Party UK, The Independent Group for Change and The Brexit Party. 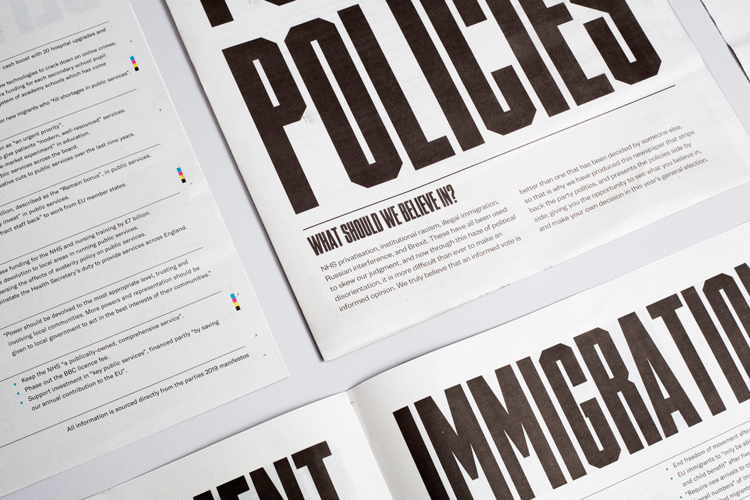 There is a headline on each page for a particular issue — such as the NHS — with bullet points underneath outlining each party’s stance on these topics. The bullet points are coloured in accordance with the party; yellow is used for the Liberal Democrats, for example.

The “non-biased” presentation allows readers “to compare them side by side and then make their own call on what they believe in”. 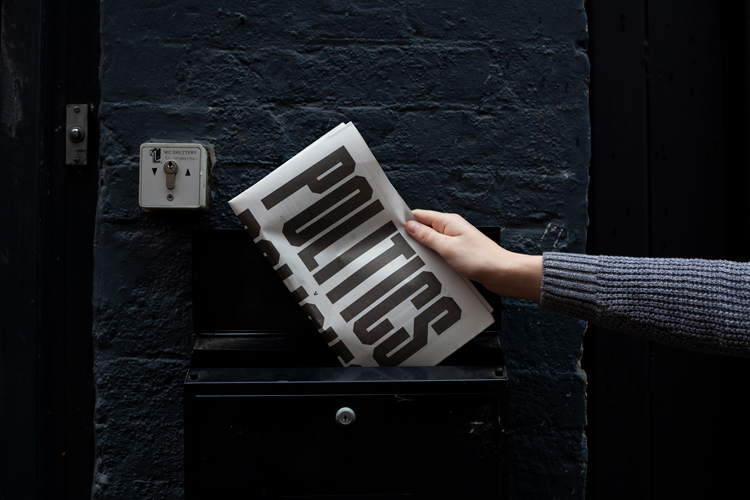 The project’s turnaround has been quick: Stiff and Highfield Smith approached 20something last week.

The font Timmons — by graphic designer Matt Willey — was used for the paper’s headlines, chosen for its “impact”. The main copy uses GT America, which provided a “legible typeface in a neutral manner”, Stiff says.

“The idea was not to highlight the design but to design as informative a piece of print as possible,” he adds.

“It makes sense that this project could exist in another format”

The publication is being distributed Wednesday 11 December, the day before the 2019 general election. Stiff says that from feedback and interest in the project, he can see a “true desire to understand politics on a basic level”. 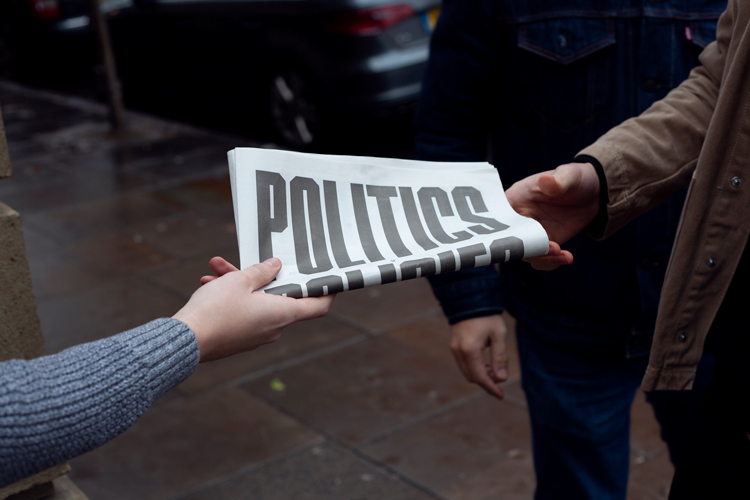 “The project allows readers to get the information they need without having to go through hundreds of pages of manifestos,” he says. “It makes sense that this project could exist in another format.”

Depending on the election results, Stiff believes another issue that could be covered in the format is Brexit.

Misinformation and the 2019 general election

The UK 2019 general election has been mired in claims of misinformation, after controversy about the reliability of news reporting this week.

A photo of a four-year-old boy with suspected pneumonia sleeping on the floor of Leeds General Infirmary was released last week, leading to an apology from the hospital. However, in the following days, posts spread across social media saying that the photo was staged.

A viral Facebook post claiming that the photo was staged was widely circulated and shared on Twitter by Daily Telegraph columnist Allison Pearson and Conservative Politician Michael Fabricant.

This was followed by a report on Twitter from BBC political editor Laura Kuenssberg about an adviser to health secretary Matt Hancock who had apparently been hit by a protester.

Afterwards, Kuennsberg released footage showing that the adviser walked into the protester’s arm instead. A Labour spokesperson accused Conservatives of faking the story to distract from the controversy over the hospital photo, which the party blamed on Tory cuts to the NHS.

Design Week has also covered the general election; exploring campaign strategies, which party’s manifesto is best for designers, as well as carrying out a snap poll among readers about which parties they would be voting for.