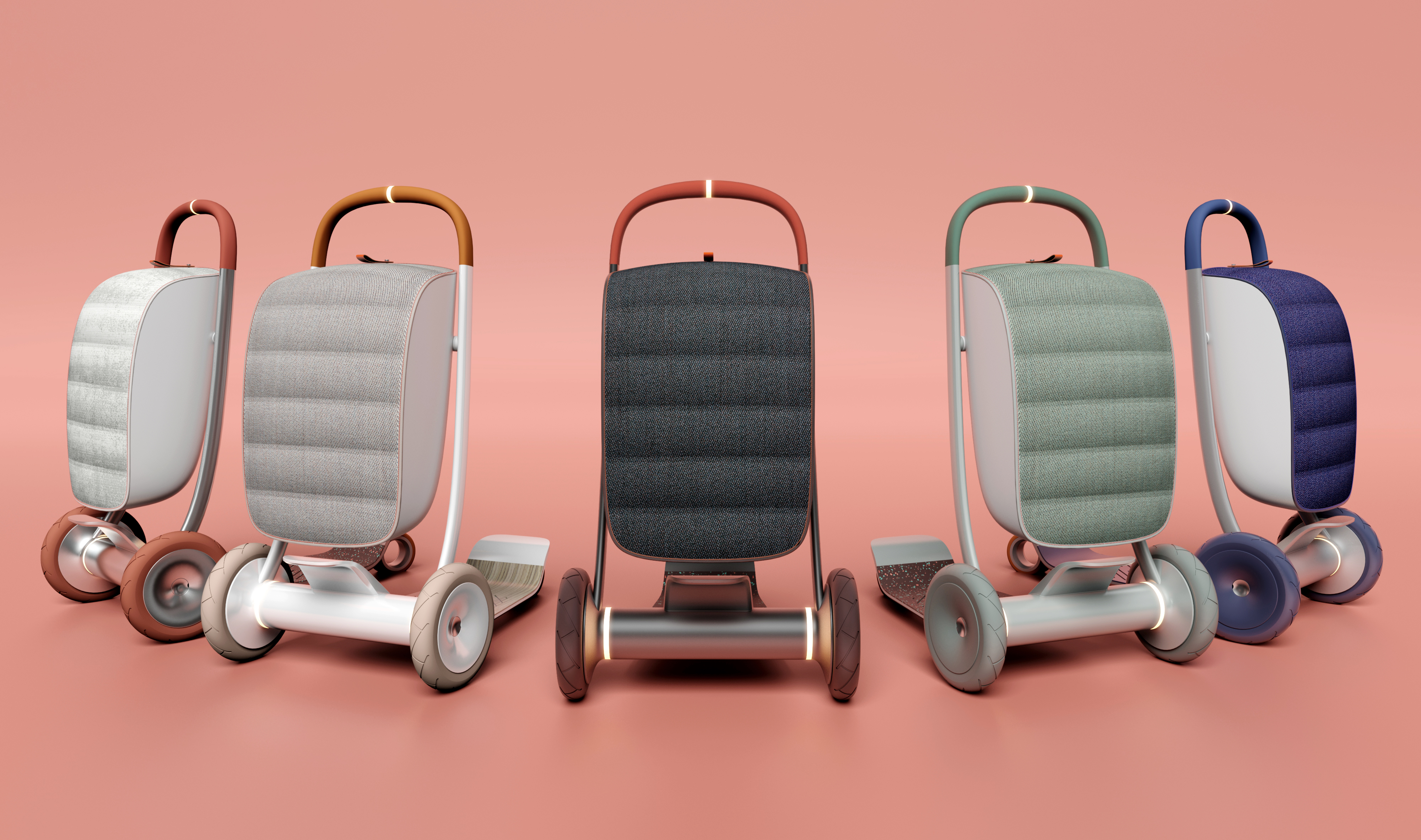 Consultancy PriestmanGoode released a concept for a new form of transport aimed at older people this week, which is somewhat different from the archetypal mobility scooter.

The Scooter for Life has been created to remove the stigma of aging, and emphasise that “life doesn’t stop after retirement”, says PriestmanGoode co-founder Paul Priestman.

It is standing rather than seated, but can be modified to suit different people’s needs. It is part-electric, part-manual, meaning that a user can kick off, lean on the handlebars, and the scooter can then take over the hard work.

It can also be connected to a smartphone app and to Maps, meaning that it could learn routes and steer users in the right direction. This is aimed at users living with dementia or memory loss.

Designed to be adapted to grow with the user, says PriestmanGoode co-founder Paul Priestman, the scooter can be modified with physical and digital adjustments, such as the addition of a seat if the traveller wishes.

The concept was developed for the Design Museum’s current exhibition New Old, which looks at designs which aim to improve quality of life for people as they age.

“The whole perception of an older person is changing,” says Priestman. “It can be anything from mid-50s to 100. People want to get out and about.”

PriestmanGoode is currently looking for manufacturers to market the scooter internationally. 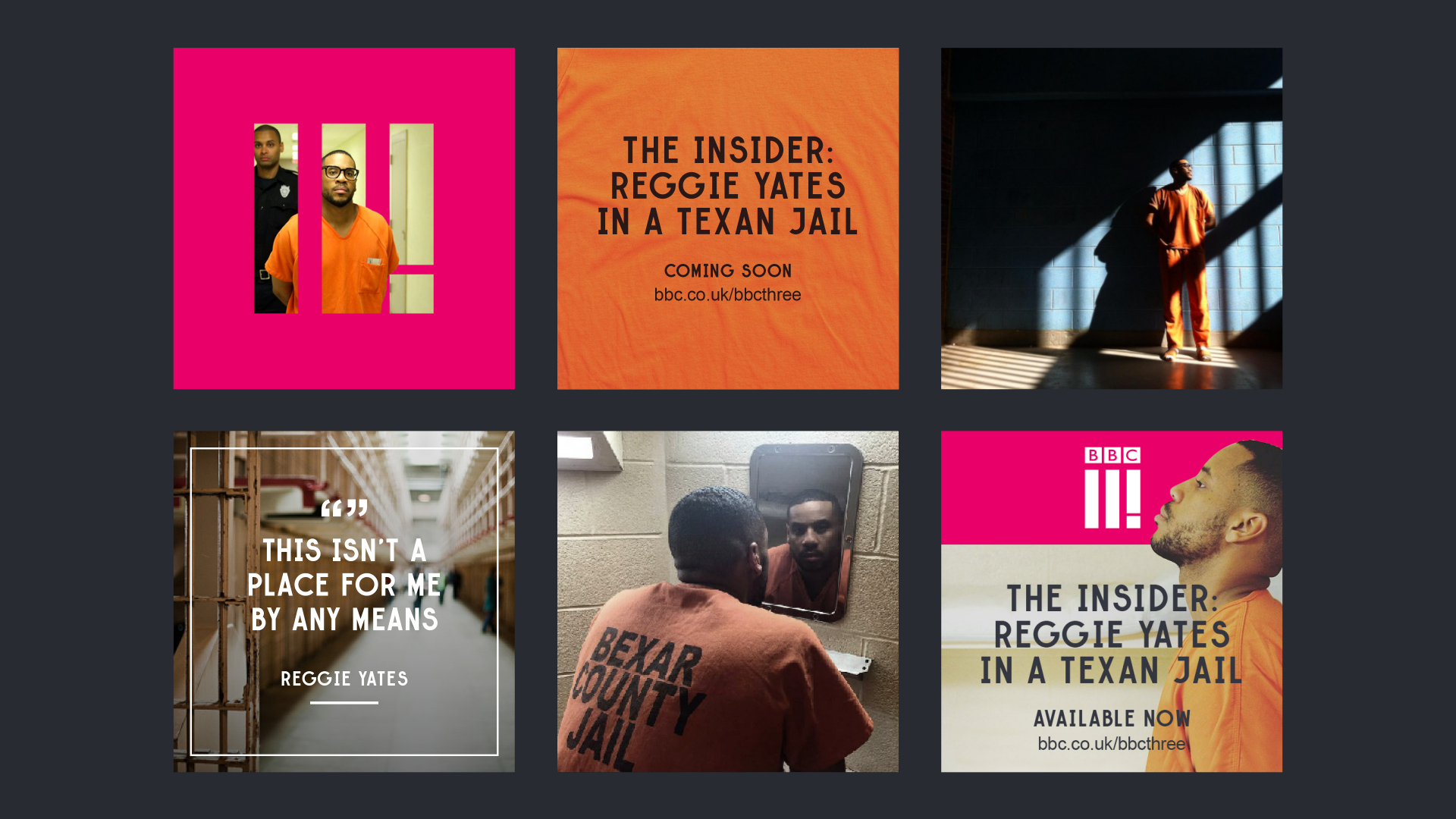 Last January, Red Bee Media rebranded BBC Three, replacing the word “Three” with a three-panelled symbol. Now, Studio Output has refreshed the branding, aiming to build on the identity created for the channel’s transition to digital-only.

Studio Output has pared back the logo, stripping it down from the four versions that Red Bee Media designed last year to just one. The studio has also “freed” the main three-panelled logo mark from its pink background, using it across other backgrounds, which aims to give the brand identity more flexibility, Studio Output says.

The refreshed branding has started rolling out online. 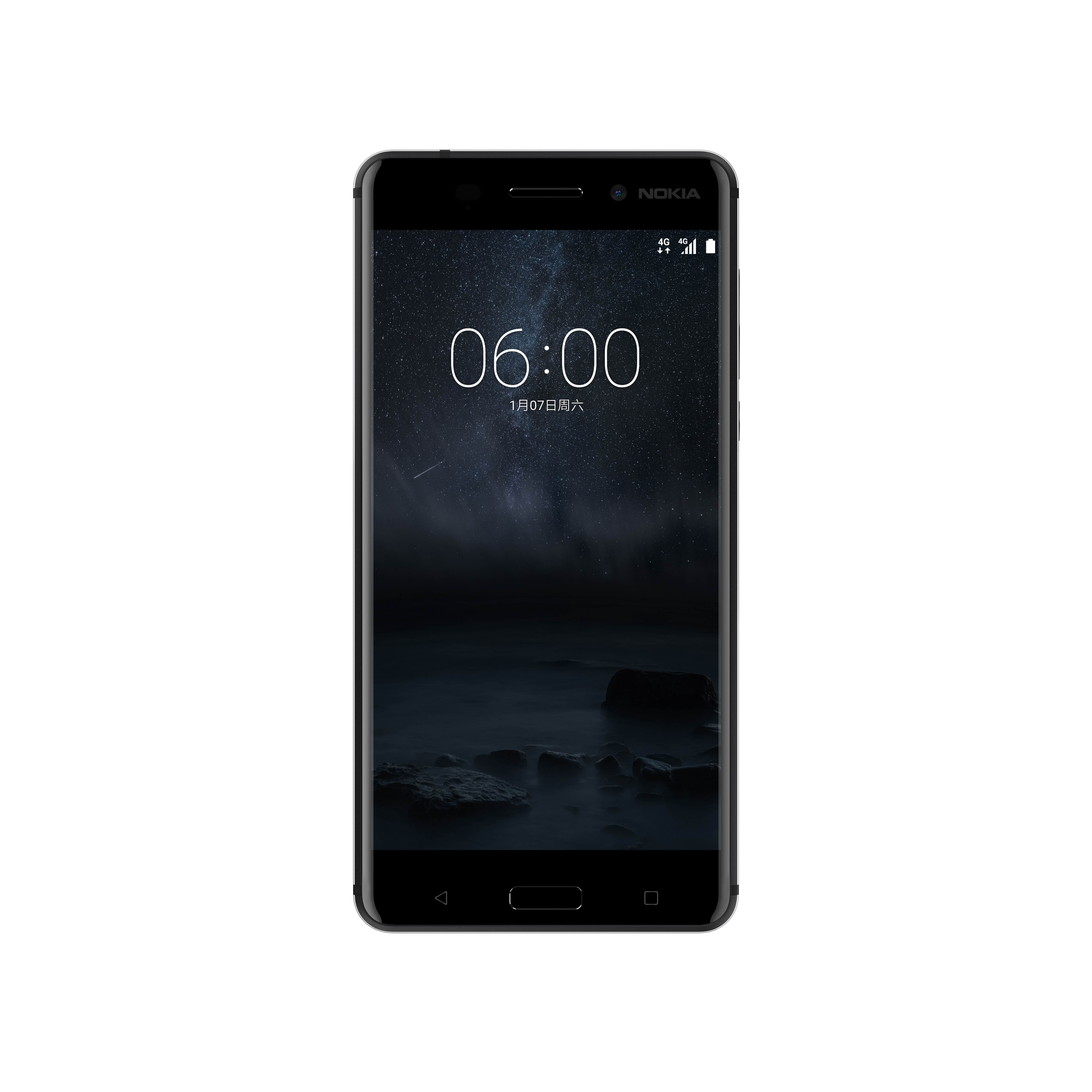 Could Nokia be set to rival the likes of Apple’s iPhone or Samsung’s Galaxy? This week, the company announced it would be launching the Nokia 6, its first ever smartphone, under its manufacturer HMD Global. A big step beyond the classic Nokia 3310 handset with its signature text tone and Snake II, then.

However, it’s not set to become an international competitor yet – the phone is currently only set to target the Chinese market. Nokia is yet to confirm whether the handset will launch in the UK or in Europe.

The handset will be made from aluminium with a 14cm screen, a 16-megapixel rear camera and eight-megapixel front camera, as well as 64 gigabytes of storage.

The iPhone celebrated its 10th birthday

On 9 January 2007, the late Steve Jobs and previous Apple CEO revealed the design for the first ever iPhone. Now, 10 years later, the capabilities of the smartphone have grown tremendously, as has its ability to assist and track our everyday lives.

Ten years ago, critics warned that Apple was entering a market of “giants” such as Nokia, Motorola and Samsung. But in 2016, the iPhone SE and 6S were the two most popular smartphones in the UK.

To mark the product’s 10th birthday, we looked back at the last decade of iPhones, running through the key changes that have been made over the years. Read our full piece on the history of the iPhone here <https://www.designweek.co.uk/issues/9-15-january-2017/iphones-10th-birthday-look-back-last-decade-apples-smartphone/>.

London’s distinctive “hop-on, hop-off” bus is to be phased out for “greener” alternatives, the Mayor of London’s office confirmed this week.

The New Routemaster was designed by Thomas Heatherwick, and first took to London’s streets in February 2012.

The bus design was known for its dual staircase and open rear door, which aimed to increase accessibility for passengers and ease congestion of people getting on at the front of the bus.

But the Mayor of London’s office has confirmed that the buses were “vanity” over functionality and cost-effectiveness, saying that “Londoners deserve a bus fleet that is greener, more affordable and more functional”.

The current Routemasters will continue to run their course, but no more will be produced, with the bus’ manufacturer Wrightbus set to produce alternatives, including a hydrogen-powered double-decker bus.