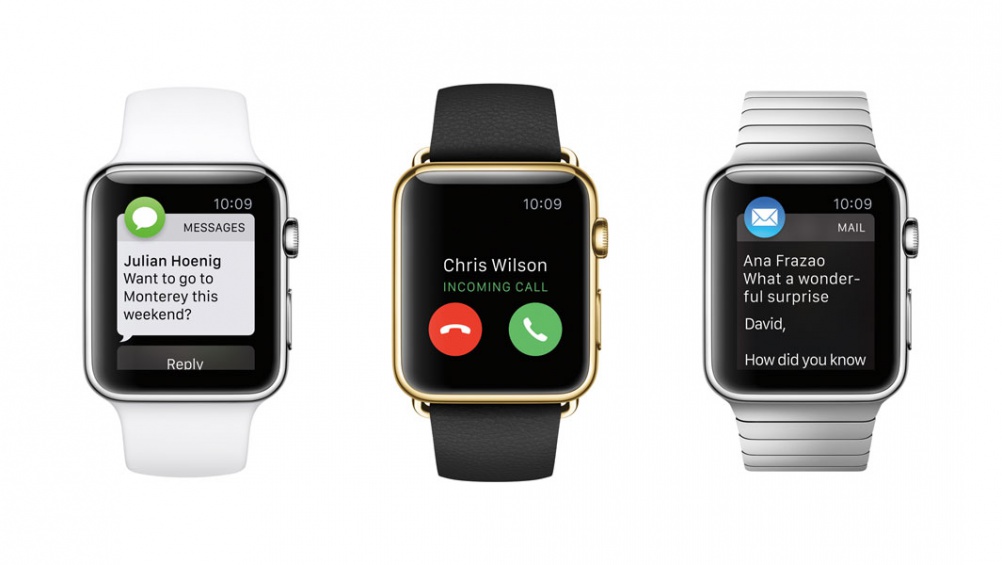 Apple has launched its Apple Watch in San Francisco to much fanfare with chief executive Tim Cook touting the device as “a new chapter in the way we relate to technology.”

The watch – which is designed to be used in unison with an iPhone – has been developed with accuracy, communication and health and fitness in mind.

It is accurate to within 50 milliseconds of UTC – the universal time standard – Apple says, and its primary features are sending messages, reading email and answering calls to a user’s iPhone.

There is a Taptic Engine which “taps” the user’s wrist to notify them of messages, while a feature Apple calls Digital Touch means that users can communicate with the watch with “a sketch, a tap or even the rhythm of your own heartbeat,” according to Apple.

Health and Fitness is monitored in terms of calories burned, brisk activity and how often you’ve stood up to take a break from sitting. Meanwhile exercise metrics are collected through the Workout app.

It relies on an accelerometer and heart-rate sensor, which are built in, while GPS and wifi are received via the iPhone.

To operate the watch there is a new scroll, zoom and navigation feature, known as Digital Crown, which encourages “fluid navigation” without obstructing the display Apple says.

A range of interfaces can be chosen including Chronograph, Modular, or Motion, which features animated butterflies or jellyfish and there is also an emphasis on customisation.

Senior vice president of design Jonny Ive says it “merges hardware and software like never before” and has been “conceived, designed and developed as a single product.”

There is a huge price range across three collections with Apple Watch Sport starting at £299, Apple Watch starting at £479 and the Apple Watch Edition which is made from “custom-rose or yellow 18-karat gold alloys” and prices start from £8000.

Designers looking to develop apps for the device can find more information here.