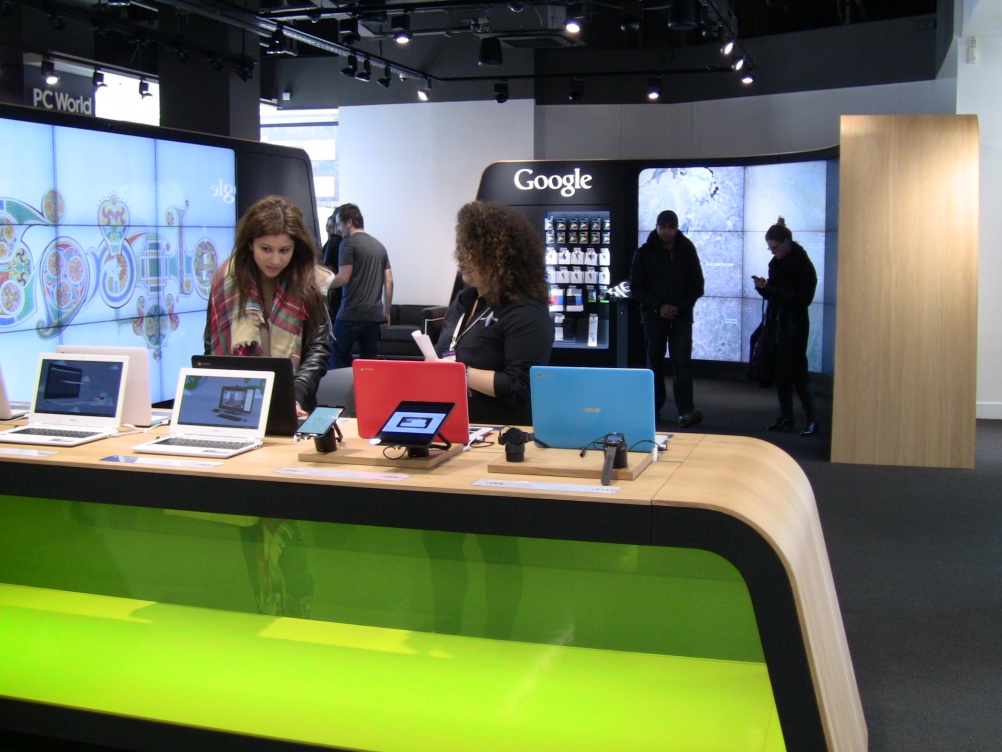 Google has opened its first physical store under its own brand name, based on Tottenham Court Road in London.

The Google Shop is located in Currys PC World, and follows previous shop Chromezone in the same location in 2011, which then rolled out across the UK, and Android phone retail store Androidland in Australia.

The new store will showcase a selection of Google products including Chromebook laptops, the Nexus phone range and Android Wear watches. 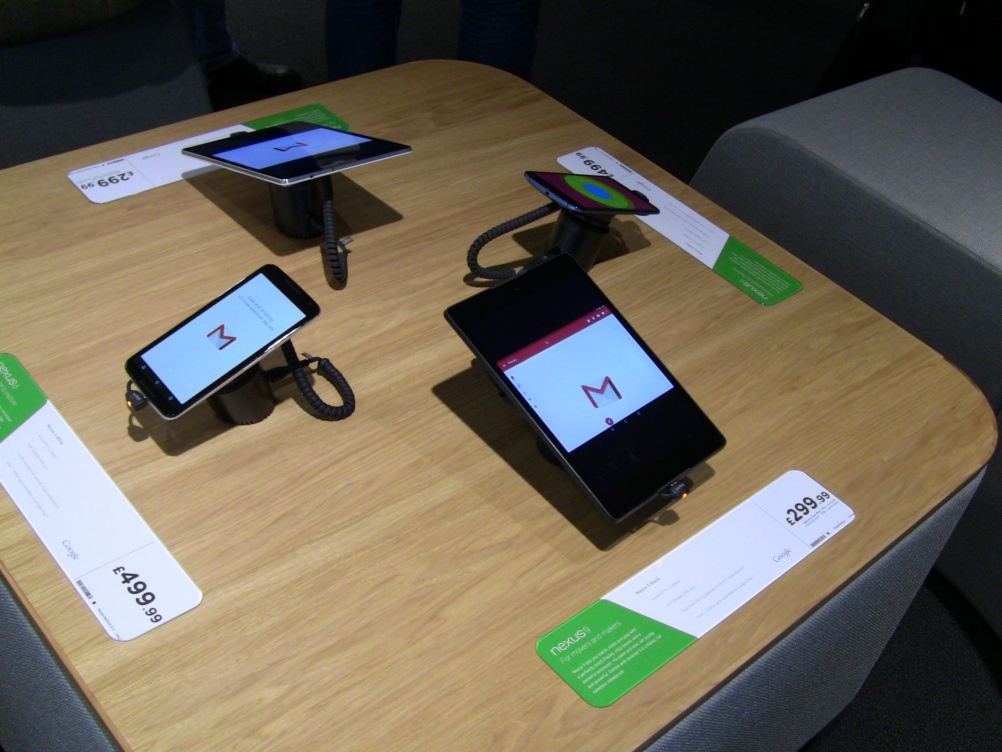 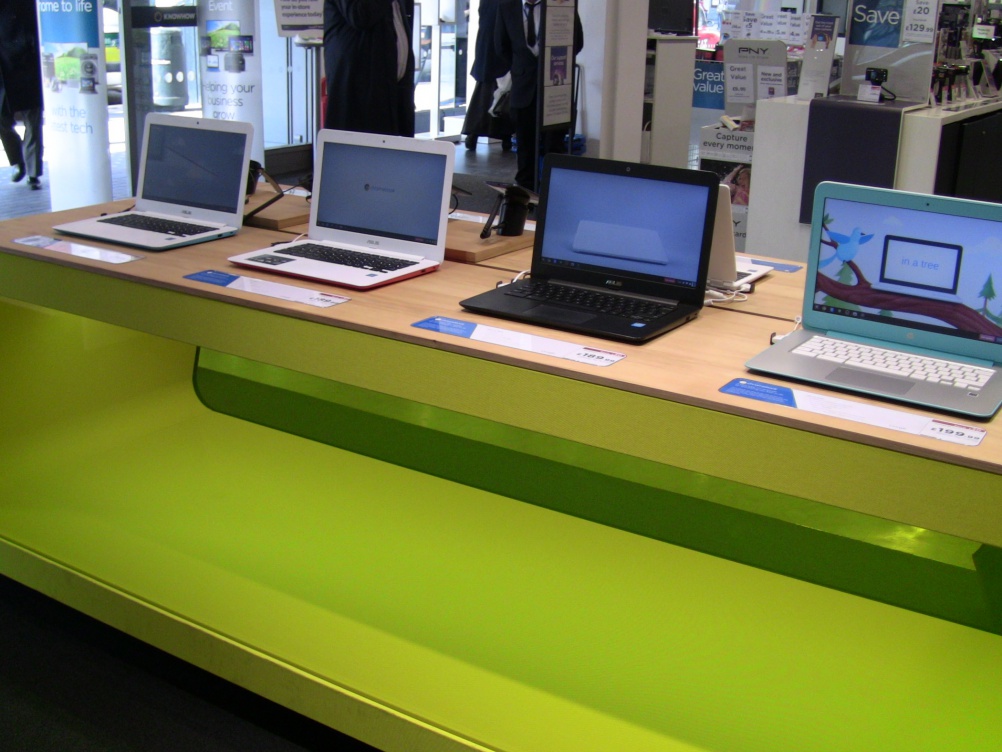 There is also a Playpod featuring a Chromecast, where visitors can experiment with transferring video and images from their smart devices onto larger screens. 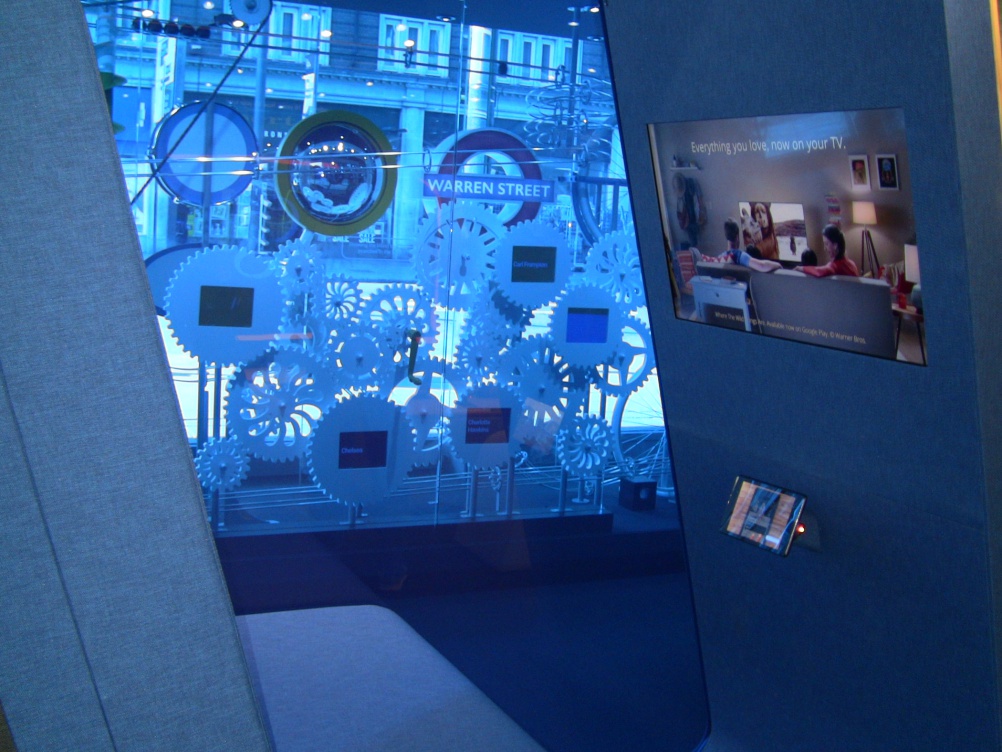 Other features include mobile phone charge pods, a doodle wall which users can virtually “spray paint” to amend the Google logo then share via an animated GIF, a Google Earth screen and a GIF-generating photobooth. 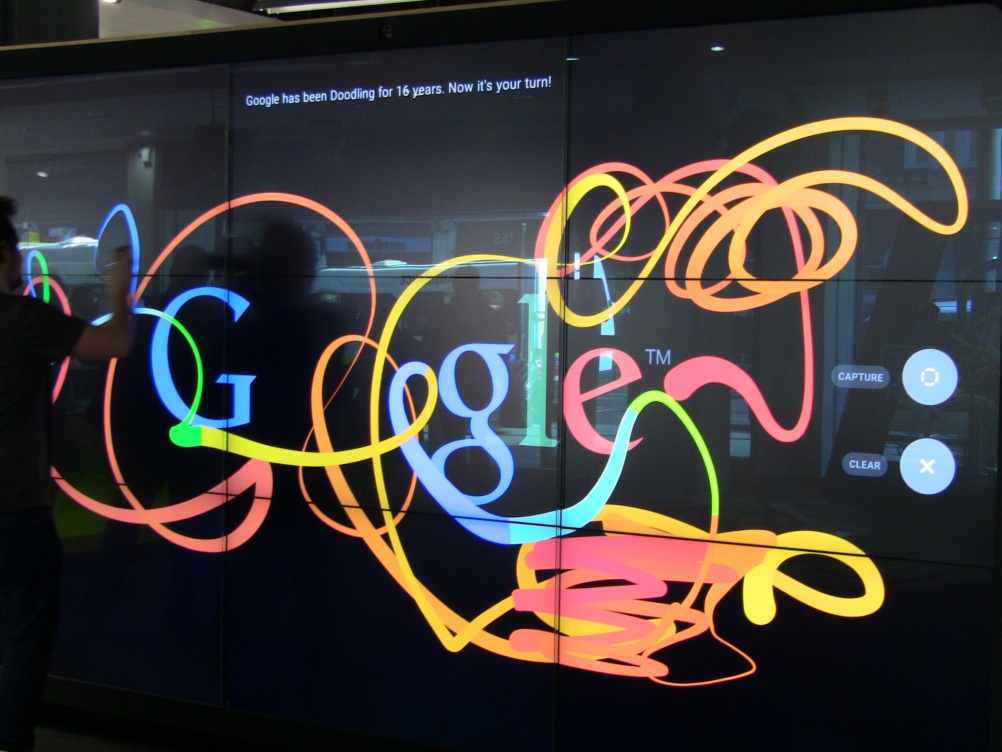 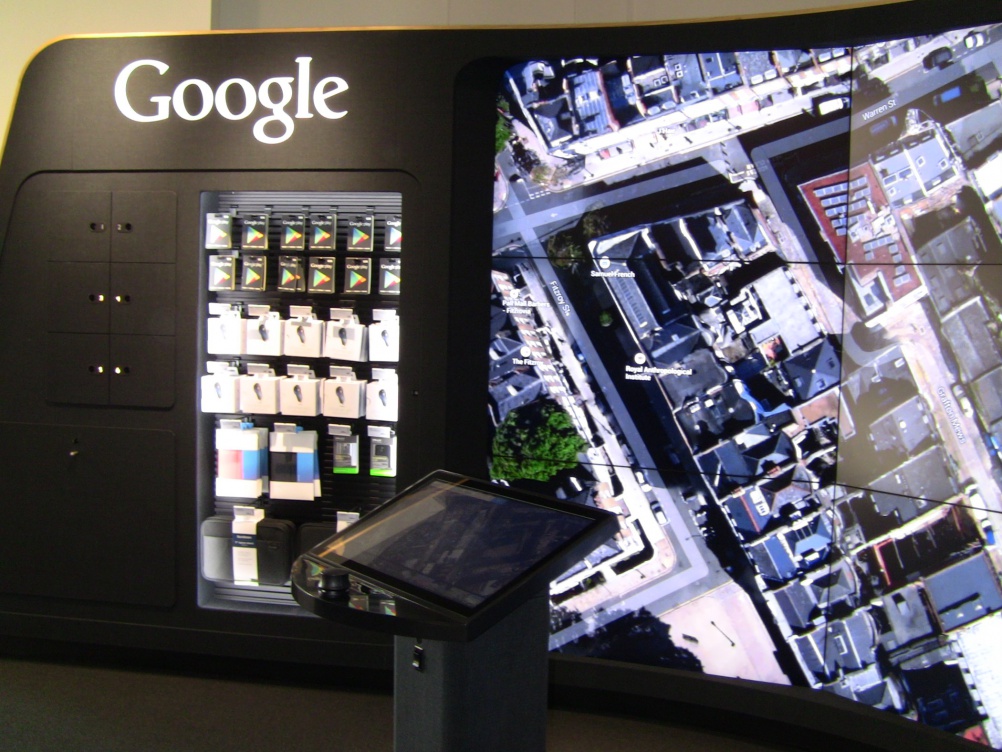 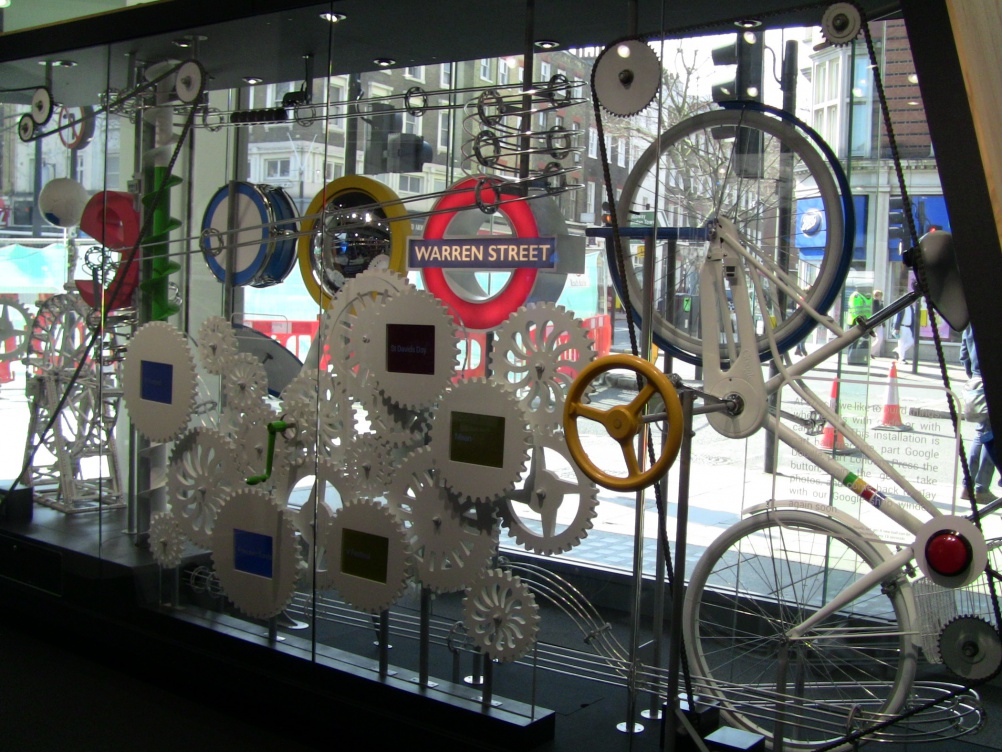 Alongside encouraging visitors to experiment with the Google range, the store will also be offering classes that teach people how to use the Google products, and develop other technology-based skills sets.

This starts with a MaKey MaKey children’s class, which teaches programming through the use of touchpads and circuits, and an Android Wear session which will show people how to use the technology, both taking place this weekend.

The interiors for the store are understood to have been designed by Google’s in-house design team. Google aims to open two more physical stores in Fulham, London and Thurrock, Essex, both within Currys PC Worlds.