Malika Favre’s latest project is a “celebration of sex and the human body” in book form.

Featuring an illustrated couple who bend and twist to make each letterform, the book is inspired by the original Kama Sutra, an ancient Indian Sanskrit text on sexuality, eroticism and emotional fulfilment. 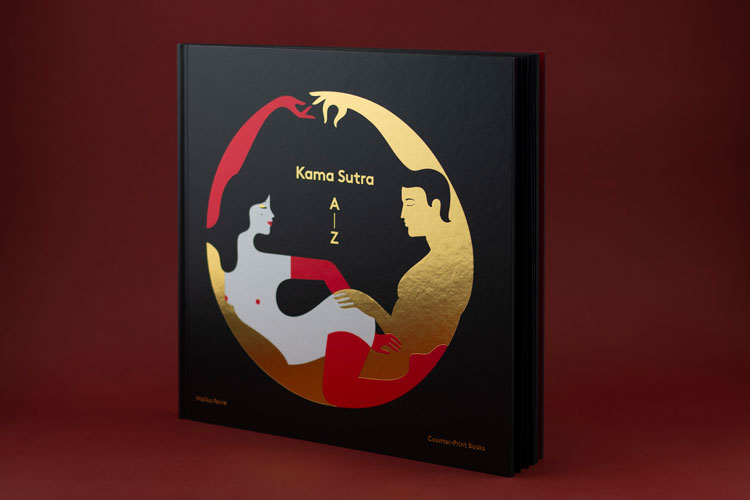 “Looking at old work and leaving it untouched”

Kama Sutra A-Z is the continuation of an idea that began in 2013, Favre tells Design Week.

A few years later, Favre says she completed the alphabet for inclusion in her Pick Me Up exhibition at Somerset House. The letters seen in the book have not be altered from their first iterations, she says.

“I consciously decided not to redesign them for this book,” she says. “There is something charming about looking at old work and leaving it untouched.”

Manipulating her illustrated couple into the forms of letters was an “organic” process, Favre recalls. Beginning with a “specific typeface” as a base, she says the process involved “bending bodies in different ways” to fit.

“I ended up with a lot of possibilities and ended up developed the ones that felt the most balanced on a visual level,” she says. “Some letters came to me very quickly, and others demanded a lot more trial and error, but that was the beauty of the process.”

While the book and project idea itself is inspired by the Kama Sutra, the positions for the alphabet in this instance are not based on specific positions in the original text. 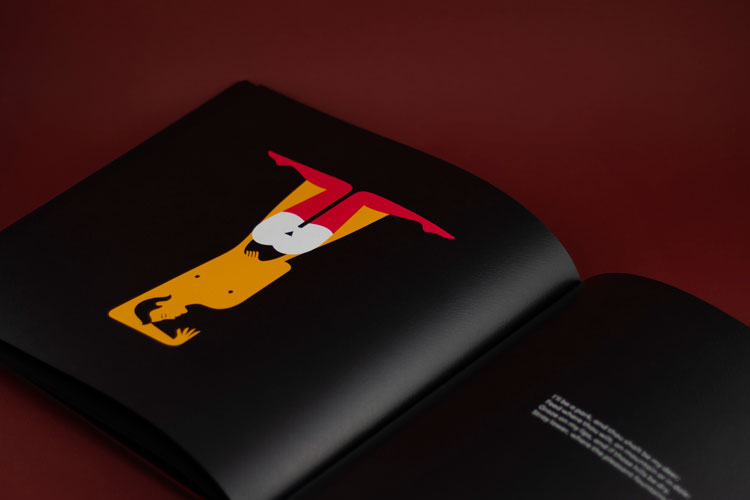 The motivation behind the pairing came after reading the poetry of Sandra Cisneros, a Mexican American writer whose work explores the lives of the working class.

Subsequent research into erotica revealed to Favre the “timeless and universal” relevance of the genre. She says her intention was to balance the work between male and female voices, though finding women further back in history to include was a challenge. The final selection is a personal one, she explains, and includes work from Emily Dickinson, Sappho, DH Lawrence and William Shakespeare.

As for the design of the book itself having just two components lent itself well to Favre and Counter-Print’s “less is more” approach, she says. The team had previously worked together on Favre’s 10-year monograph, which was published last year.

“The challenging thing with our minimal approach is that you can’t hide your mistakes – so we knew the book was all going to be about printing techniques and processes,” she says. “We questioned every single choice we made.”

The final result is gold-foiled and end-blocked in matte black. The illustrations themselves are presented in a selective colour palette of red, orange, white and black. It comes wrapped in an embossed slipcase, too.

Favre says Counter-Print took the lead on designing the book, while she focused on curating the excerpts. She says she opted for the “old-school way” to source rights for the texts, reaching out to writers directly.

“It was incredible to present the idea these amazing poets and get such a warm response,” she says. “It felt very personal.”