German design studio Moby Digg has unveiled a series of redrawn country flags as part of a “digital protest” to highlight the danger of melting glaciers around the world.

The project is in partnership with communications agency Serviceplan and environmental science specialists at METER, and uses climate data to reshape country flags.

The digital protest will be held between the 9 -19 November, the original dates of the COP26 climate change conference. The United Nations-led conference was cancelled earlier this year because of the coronavirus pandemic, but the partners are using their work to insist “the urgent topic of glacier meltdown [be brought] back to the table”. 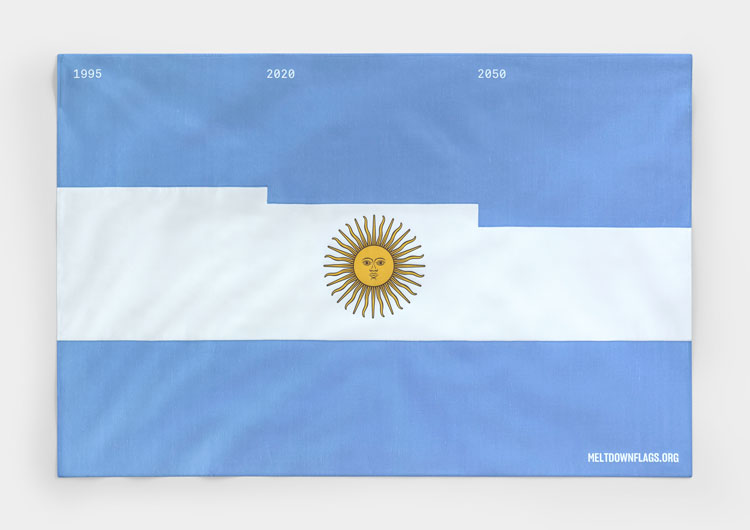 “Symbols of the highest national representation”

Flags included in the project represent countries where at-risk glaciers can be found. The list includes the US, Chile, Canada, France and Greenland.

Meltdown Flags’ reasoning behind targeting flags is that “flags are seen as symbols of the highest national representation and emotional value – especially among politicians”. By highlighting each countries’ responsibility and what is at stake, it hopes to draw attention to the issue. 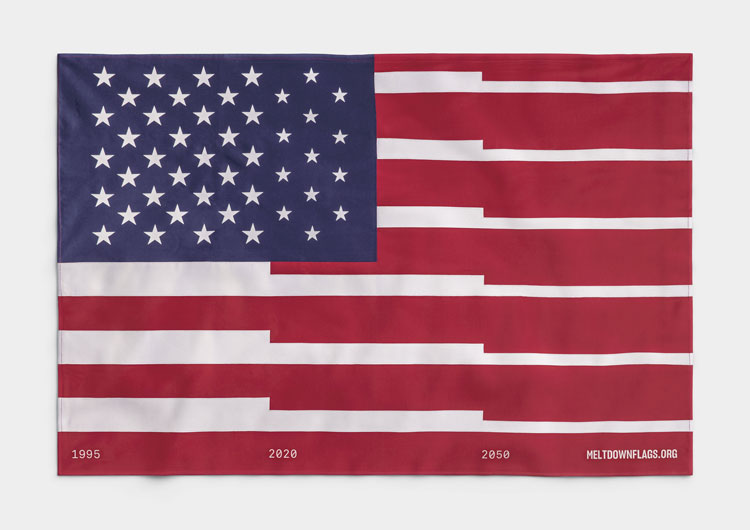 The elements of each flag have been manipulated, with the white areas reduced in accordance to historical data, current data and data projections. Less white means more of a glacier has been or is expected to be lost.

The familiar white stars and stripes on the US’ flag, for example have been augmented instead to show a series of jagged steps and significantly smaller stars. These changes are intended to show the 83.1% glacier retreat projected in the country from 1995 to 2050. 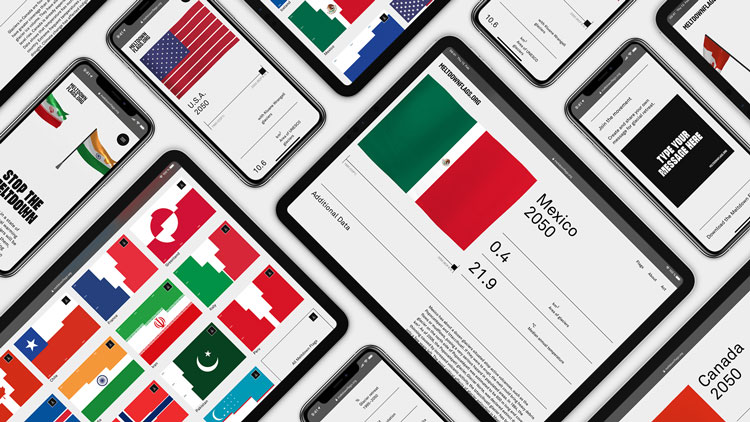 Meltdown Flags’ data visualisation protest takes place in the physical world and virtually – the flags have been made and flown across the world but will also live on the digital protest website. Here, the design partners have made a series of interactive flag graphics where users will be able to learn more about the problem in different countries.

Information includes the median temperature in a country, where their glaciers are located and at what rate they are melting. A sliding scale allows users to witness glacier retreat through the years. When applied to the French Tricolore, the central white stripe goes from its traditional size in 1995, to just a fraction of the flag in 2050. This is reflective of the 64.3 per cent glacier depletion expected during this time. 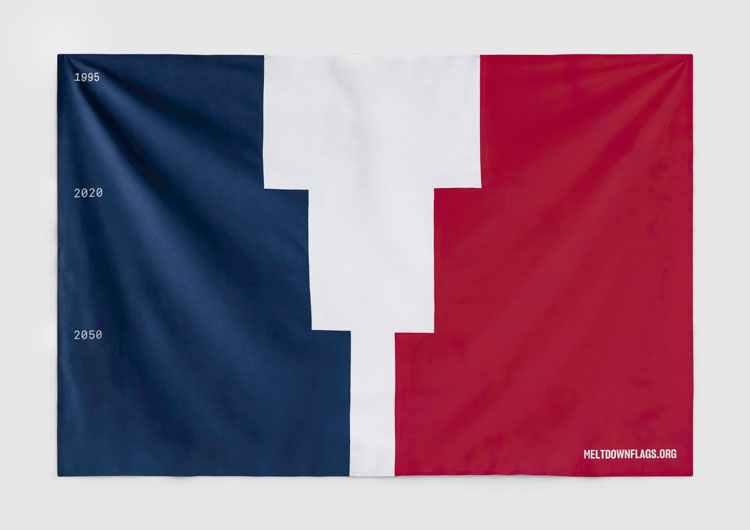 Alongside the interactive visualisations, the protest website will also house a selection of tools for concerned users to incorporate into their own activism. Users can create their own visuals using custom typography.

Meanwhile augmented reality filters have been developed for use on social media. These filters have been designed by the partners to turn physical flags into “interactive mobile data visualisations”, with the team hoping the technology will be picked up and used by schools to teach about climate change.

“The past, current and future state of meltdown”

The data used in the Meltdown Flags project has been obtained from databases and projection models from METER UNESCO and NASA, among other sources.

On each redesigned flag and graphic, the key dates are 1995, 2020 and 2050. These refer to the year of the first UN Climate Change Conference; the present year; and the goal year set within the Paris Agreement to limit the global temperature increase to 1.5 degrees Celsius respectively.

“Meltdown Flags show the past, current, and future state of meltdown,” the group explains.

Although not every country is home to a glacier, the group insists they are essential for the world’s population to survive. This is due to glaciers holding 69% of the planet’s freshwater supplies and because they will dramatically contribute to the rise in sea levels if they melt. 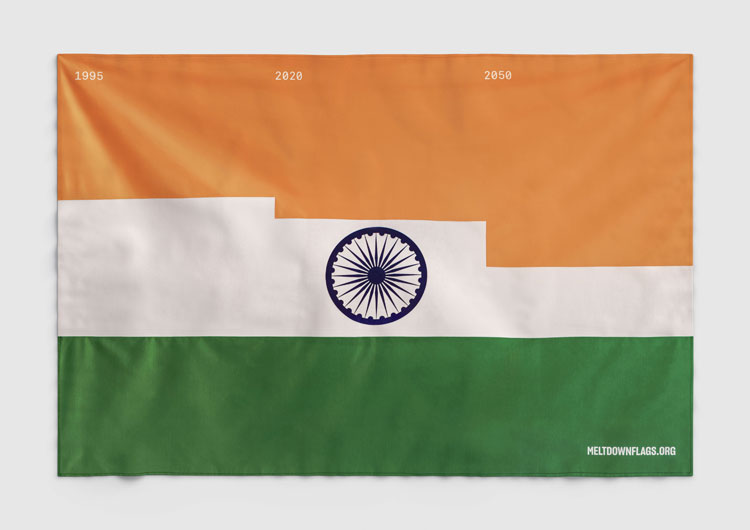