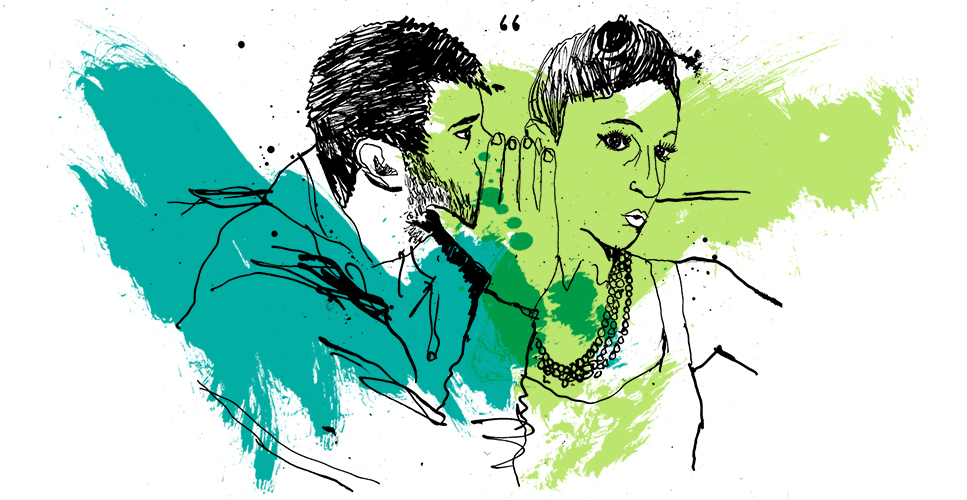 When I first started telling stories, I was an angry little man. After a fast start to freelance illustrating during the first two years of my career, I suddenly tripped, fell and brutally bit the pavement when five of my six existing clients, through no fault of either party, disappeared. It happens.

So every time I wandered around my flat, all frustrated and anxious from a vicious combination of too much caffeine and not enough work, I would take to the blog I set up in order to vent.

Sending digital tirades out into the 72dpi universe without expecting much comeback was a personal form of therapy, nothing more. To my surprise, I slowly began receiving private emails from people who had chanced upon my confused ramblings about how rejection feels in your tracksuit bottoms at 11am, or how I financed one hefty tax bill with a freak gambling triumph.

Strangely, these people were relating to my words, and although I had a couple of years worth of learning how to write again – in which I would discover why you don’t need to force humour into every sentence or swear all the time – I had found an audience who related to my honest storytelling about the frontline in the freelance design world.

Despite the fact that, quite often, my job as an illustrator and art-director was to tell a visual tale, I had neglected to extend the narrative beyond the confines of the work itself.

At London Design Festival a few weeks ago, I was invited to come and talk at an event by Artsthread, taking place at the V&A museum. That anyone would have dirty little David, not long out of his tracksuit bottoms, through the door at such a humbling architectural Goliath to talk about the freelance lifestyle is mind-boggling to say the least. 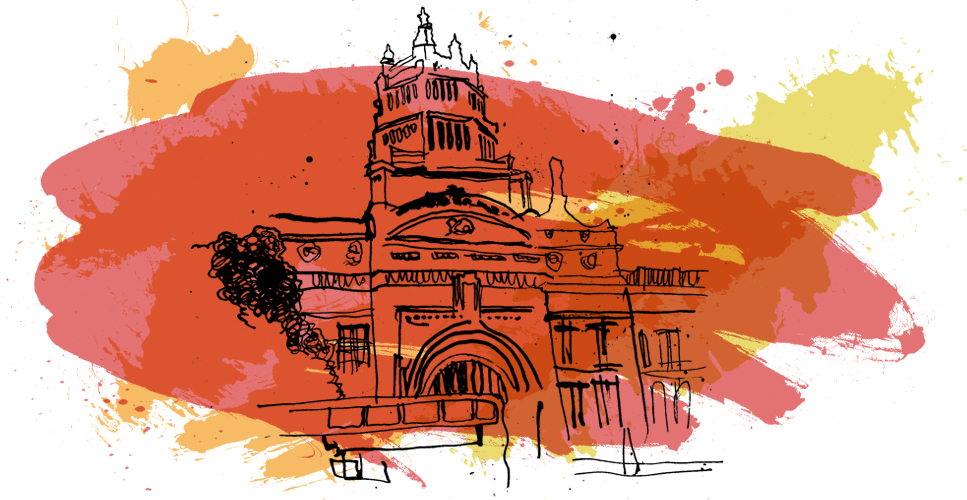 Somewhere along the way, I realised that if I reduced the venom in my words and ensured that every story, rant or revelation was simultaneously personal and applicable to the lives and careers of each of my readers in the creative industries, then maybe, just maybe, I had found a way to connect with large numbers of people way better than if I had simply fired emails at them.

By writing the earliest forms of what would eventually be published as Champagne and Wax Crayons, people were emotionally investing in my story, in spite of high numbers of equally talented creative professionals vying for that attention.

In true London form, I met Artsthread by chance at New Designers 2015, where I’d been deployed to provide freelance advice to graduates and sell my book by the publisher. The theme of their event was “marketing yourself digitally on zero budget” – something we all have to do today.

I talked through a self-initiated promotion for my book, in which I selected six personal, ridiculous freelance stories and painted such key phrases from the tales, including “reduced sandwich”, “next door’s cat” and “lunchtime pint” on to T-shirts that would be given away to winners selected from people who shared my social media posts on their page.

The distinct absence of capital between my boutique publisher and I forced me to think about unconventional methods of connecting people with the book, which, just like my image-making style, is born of my personality and experiences.

As far as I was aware, none of my wealthier competitors in the design book publishing world was telling stories about reading up on the times when supermarket’s reduce the sandwiches.

It was my method of denial during a bleak period without work, but admittedly, quite funny, so why not champion that individuality and use it as an asset? We all have our quirks and individual experiences, but it’s how you tell your stories that will engage the passers by in our creative lives and sets us apart.

• Freelance State of Mind: A designer’s adventures in London

• Ben Tallon on freelancing: “the bottom line is – you are operating a business”