Studio Output has helped direct-trade coffee brand Union Hand-Roasted Coffee aim for the top of the market with a new premium look.

The new identity does away with an “O” made up of circular arrows, which suggested direct trade and instead focuses on a simpler logo form while the new brand application shows how Union is produced by “artisanal craft coffee experts.”

The rebrand coincides with an expanded range and a new top tier of products, which will be sold by Waitrose, Ocado and other “fine food stores.”

“U” doubles as coffee cup

Union’s “U” has an ornamental flourish which represents the handle of an espresso cup according to Studio Output.

On social media platforms the U – with its handle – is underlined to form a cup and saucer icon.

The packaging has an outer band or “crash tray”, which can be used to denote individual coffee variants by colour.

An identifiable “Union Direct Trade” mark has been created so customers can identify that the product is sourced directly from coffee farmers.

Rob Coke, group strategy director says: “From the core logo to the overall visual identity, we’ve made sure Union’s pursuit of excellence speaks to consumers, and shows how ethical sourcing and strong relationships lead directly to a better cup of coffee.” 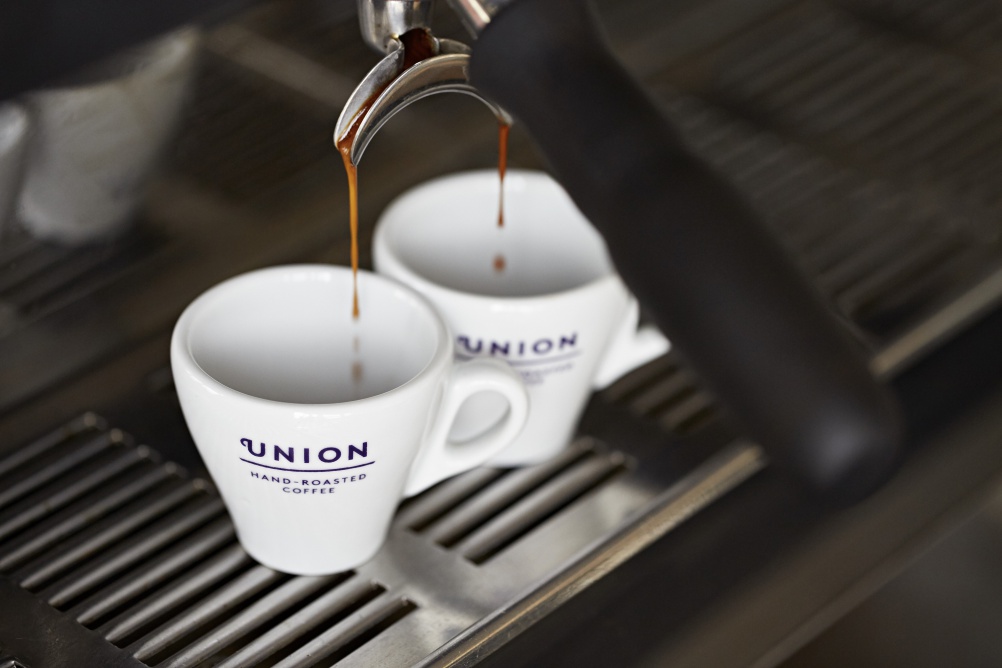 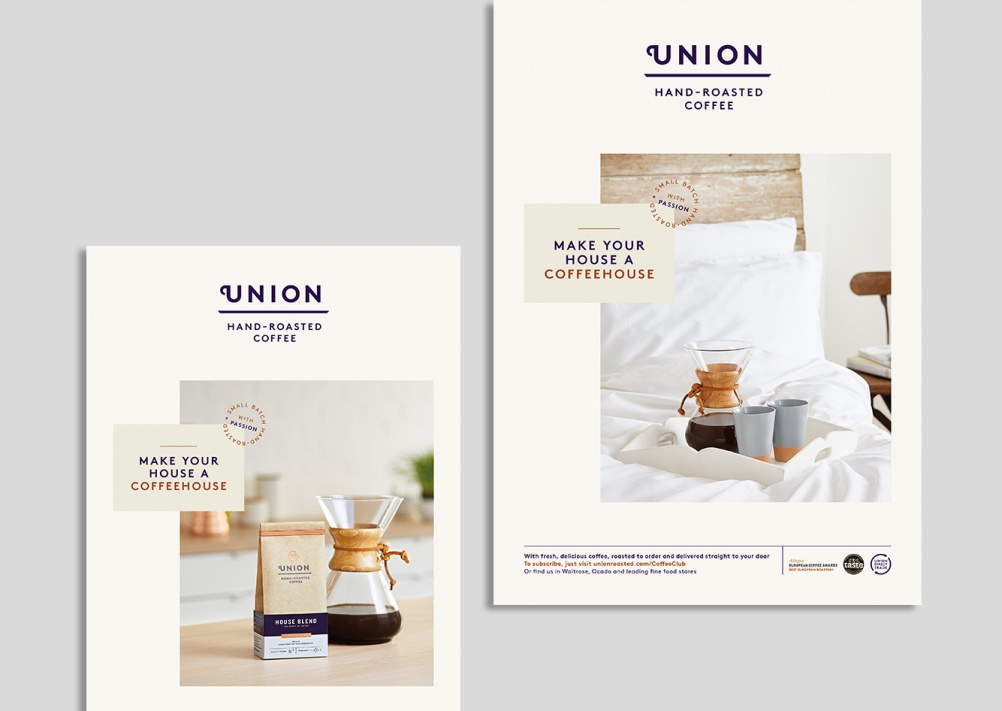 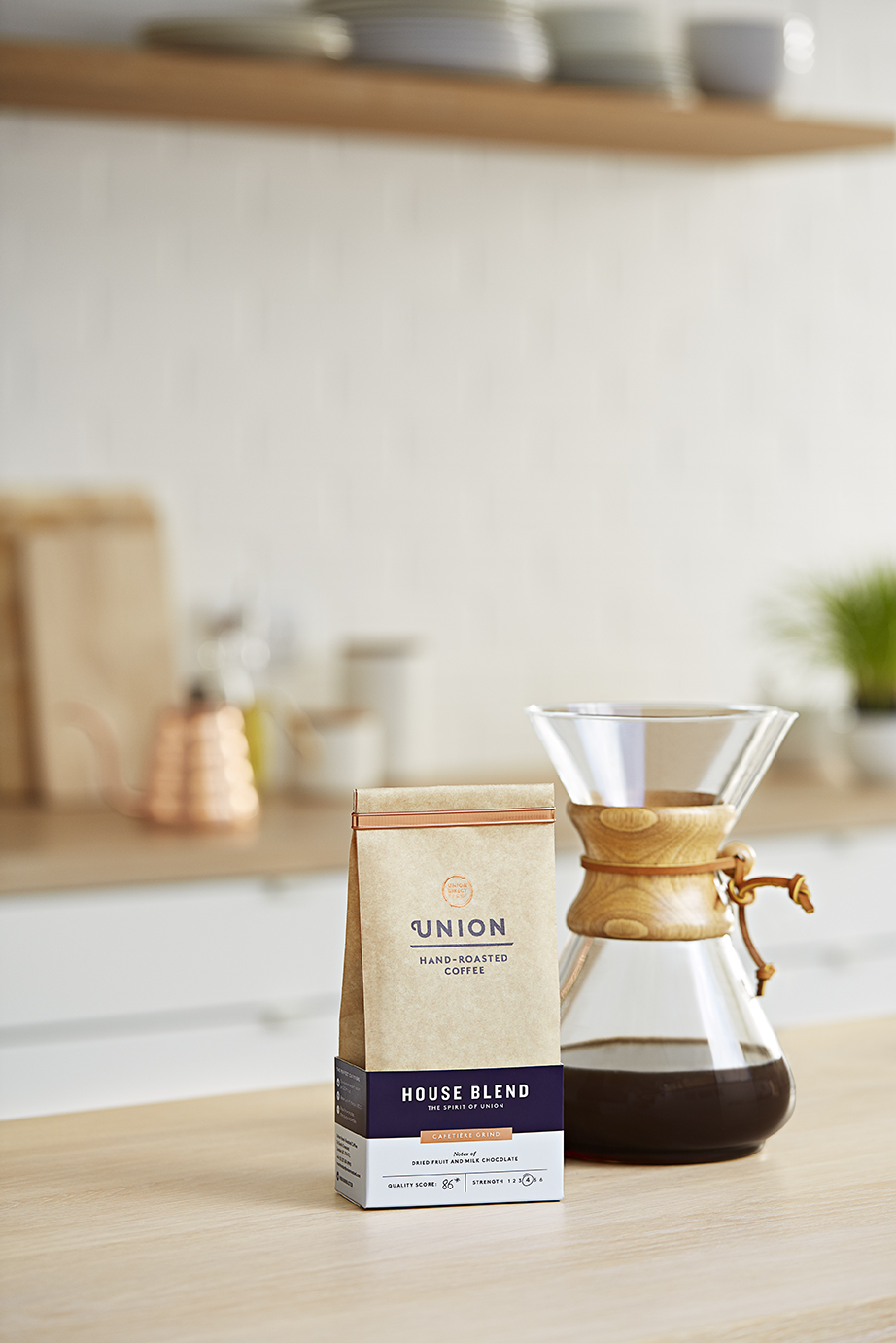