Unicef has named the winners of its “Wearables for Good” design challenge, which has produced a necklace that stores electronic health data to track child immunisation and a wearable soap that helps limit the spread of infectious diseases by encouraging hand-washing.

The global challenge, which launched in May was led by Unicef, design consultancy Frog and tech company Arm.

The challenge, which attracted 2,000 entrants from 65 countries looked to encourage designers to think about wearables as “life-saving products” rather than “nice-to-haves”.

Khushi Baby is a data-storing necklace that provides a two-year personal immunisation record for children. It uses Near Field Technology – as used in Oyster cards – to send and receive information through a smartphone. Data is synced to a cloud and made available to medical officials.

Ruchit Nagar, a designer on the Kushi Baby team says: “The Kushi Baby system enables access to culturally appropriate wearable digital medical records, even in the most remote and isolated areas.

“We believe in tracking each child’s immunisation to the last mile, and we look to expand from monitoring the vaccination progress of 1,000 children in 100 villages to a larger beneficiary base in areas beyond India where our digital system can streamline access and delivery to health care.” 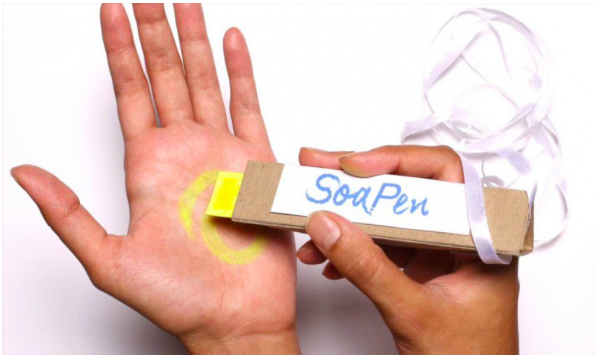 The SoaPen is a hygiene tool shaped as a “soap crayon”, designed to encourage hand-washing for children aged 3-6.

Teachers or parents can draw on a child’s hands with the pen to make handwashing more engaging, while also helping to prevent the spread of disease.

Shubham Issar, a designer on the SoaPen team says: “We believe that a serious problem can be solved through a simple and fun solution. 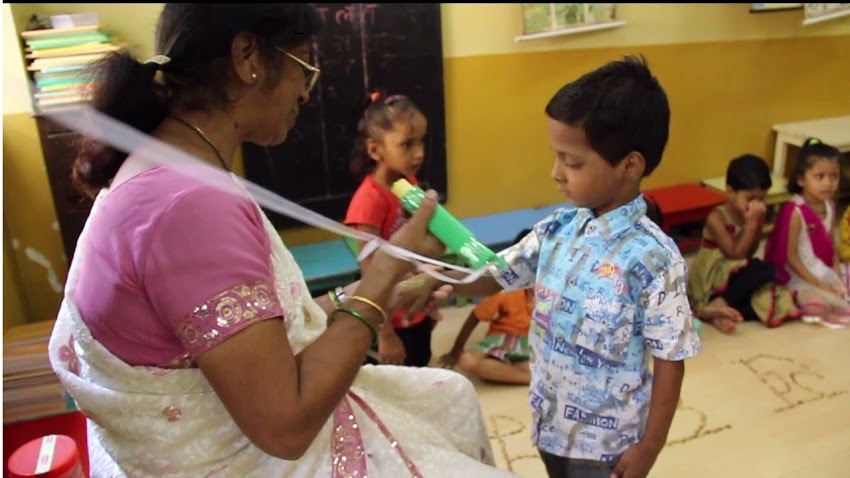 “Our focus is to reduce infant mortality rates and the spread of disease by promoting the habit of hand washing with soap among children. SoaPen taps into the power of the two directional awareness flow between adults and children all over the world, with the aim to reach as many hands as fast as possible.”

Both of the winning designs were Indian-US teams and will receive a $15,000 dollar prize and incubation and mentoring from the partners.

A hand-painted logo for a pop-up dining experience