Online home rental company Airbnb has unveiled its new office in San Francisco, which has been designed by its in-house environments team in collaboration with local architectural practice Wrns.

Based at 999 Brannan Street in San Francisco, the new office forms part of Airbnb’s global headquarters alongside its existing office on the same street. It houses over 1,000 employees, including the company’s customer service and legal departments.

The design of the 14,000m² space is based on the theme of “neighbourhood”, and sees each of its floors transformed into a different, global city, including Kyoto, Buenos Aires, Jaipur and Amsterdam.

The opening of the San Francisco office follows offices in Tokyo, Paris and Airbnb’s former headquarters in Dublin.

The cafés on each floor have been styled according to their assigned city, using colours, patterns and materials that aim to reflect the local culture.

The office’s main workspaces have been divided up into 16 “neighbourhoods” that house up to 50 people each. Each neighbourhood comprises a desk area with large communal tables and standing desks, three phone rooms, personal storage space and a meeting room that can be adapted using a room divider.

The interiors of all the meeting rooms are inspired by existing Airbnb listings from around the world. For example, a meeting room based on a wood cabin in a forest outside of Moscow includes items sourced from the “little Russia” area of New York City, including pillows adorned with cat prints and a decorative iron stove.

The office also includes a boot camp space, a yoga room and wellness centre based on a “Zen” Japanese theme, and a pinewood installation that forms the focal point of the atrium.

Airbnb environments executive creative director Aaron Taylor Harvey, says: “We wanted to bring the same bespoke nuance to this very large space that we brought to the first small office we designed in Portland. We want it to feel like a custom home to every inhabitant.” 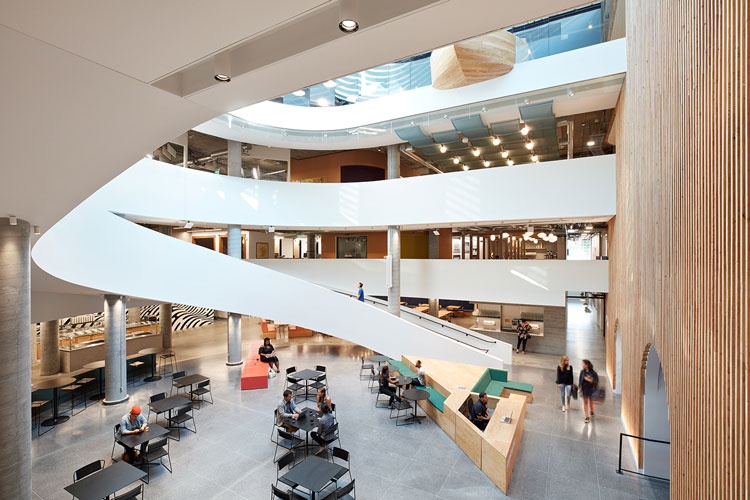 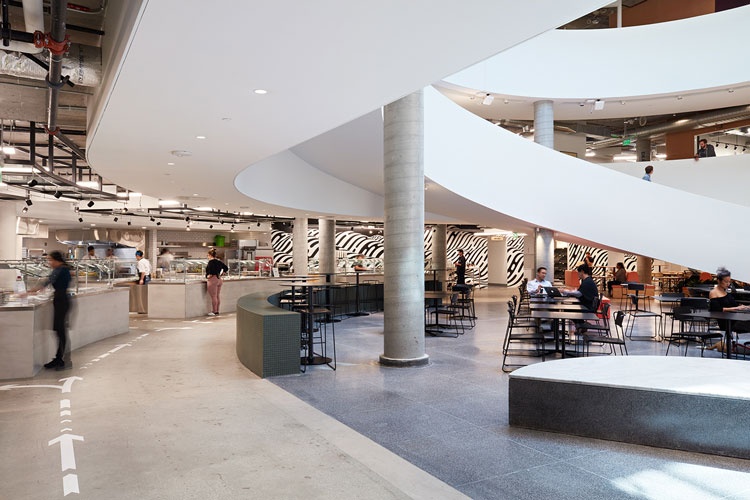 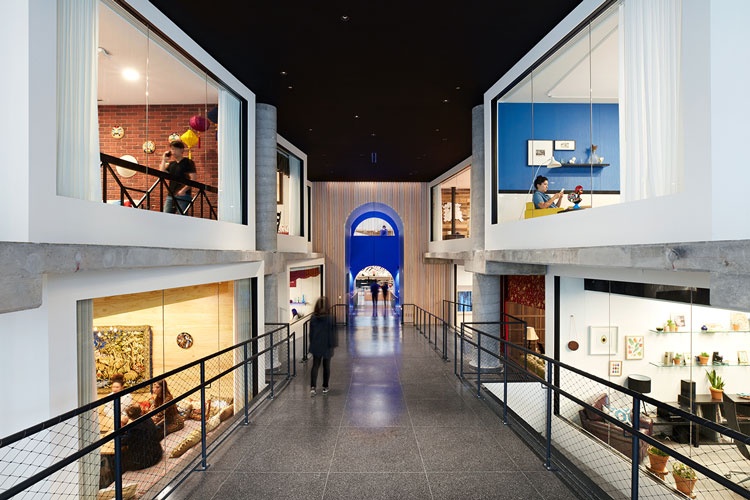 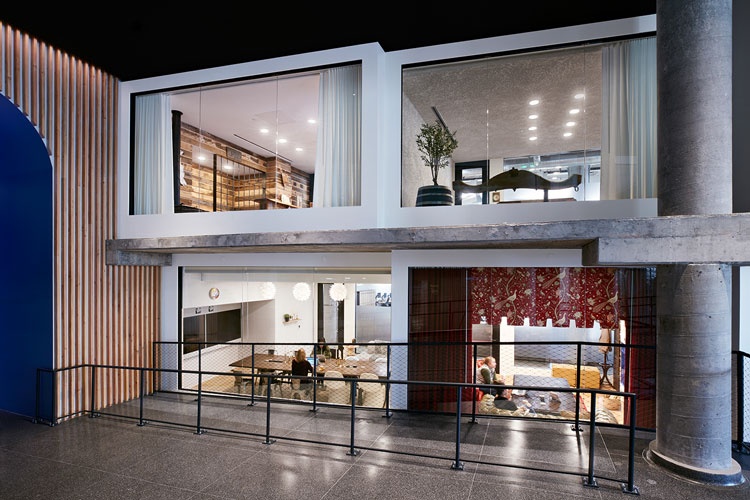 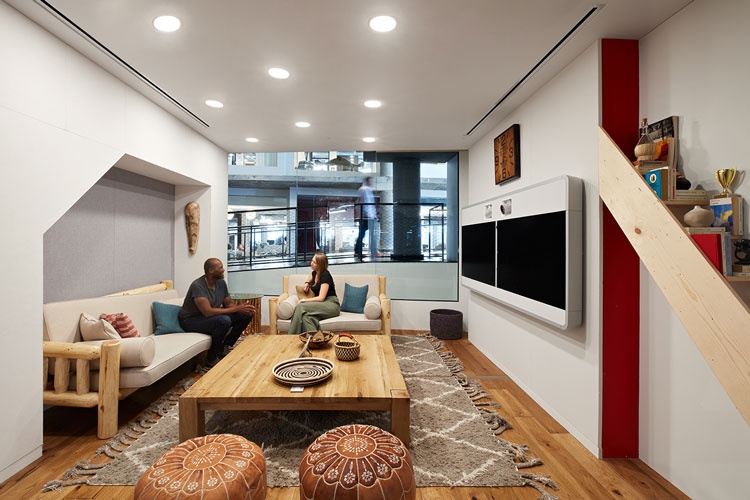 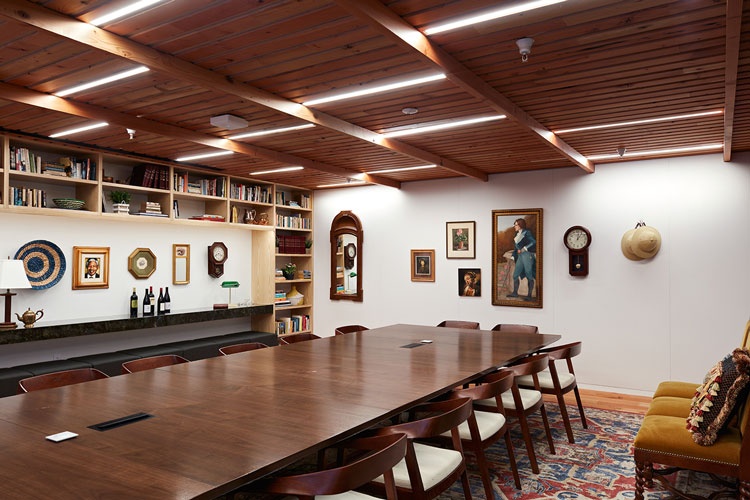 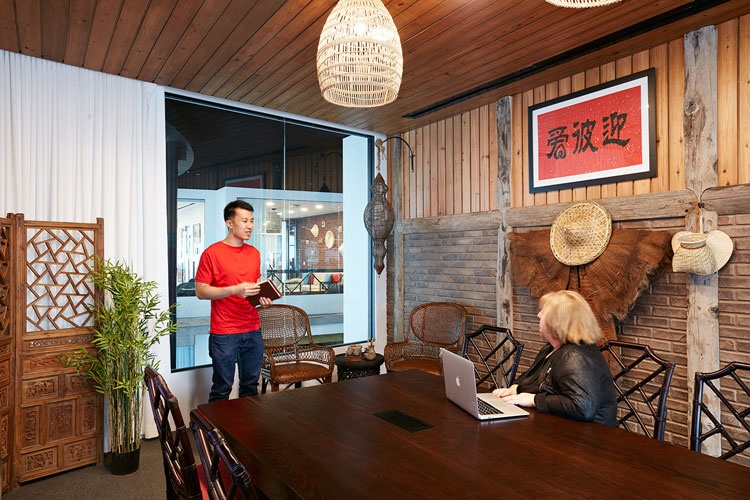 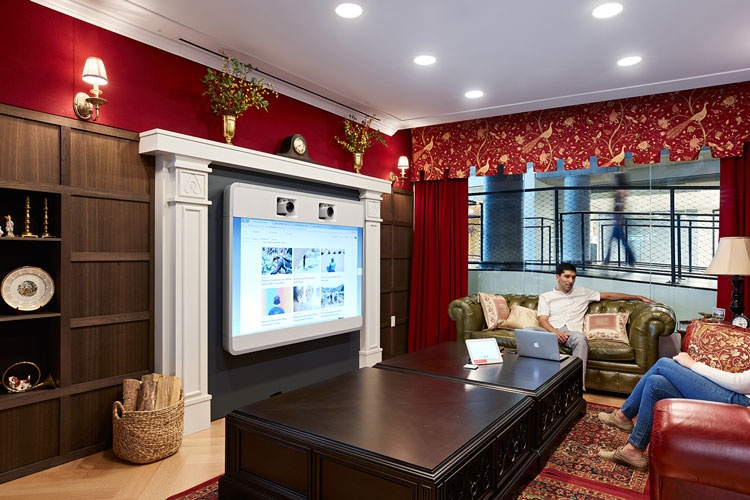 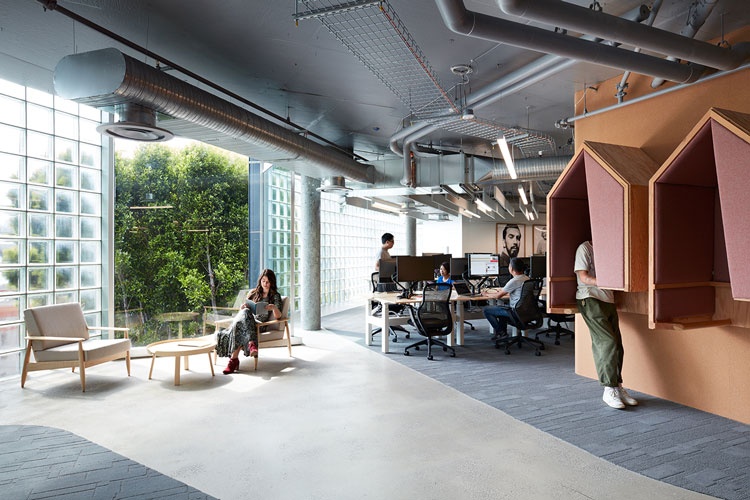 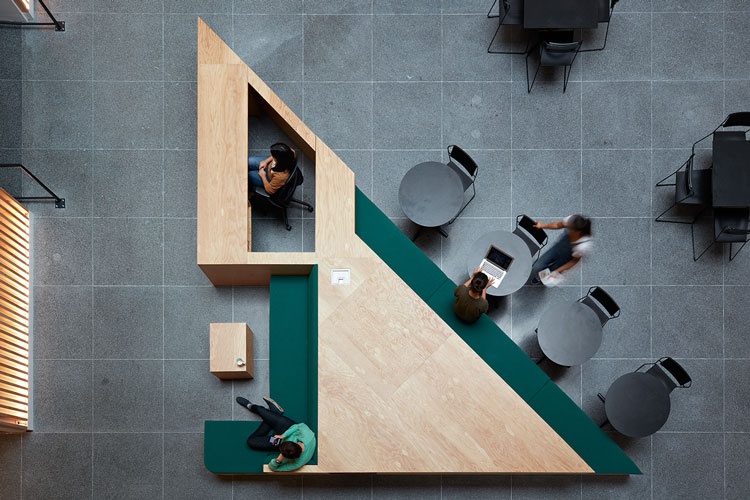 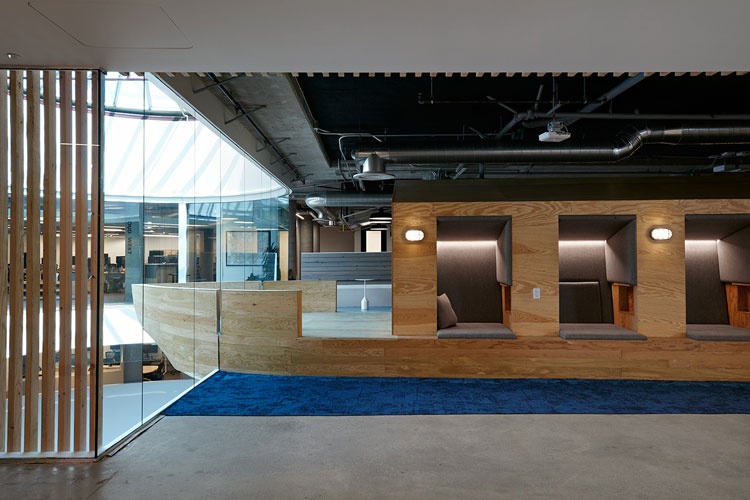 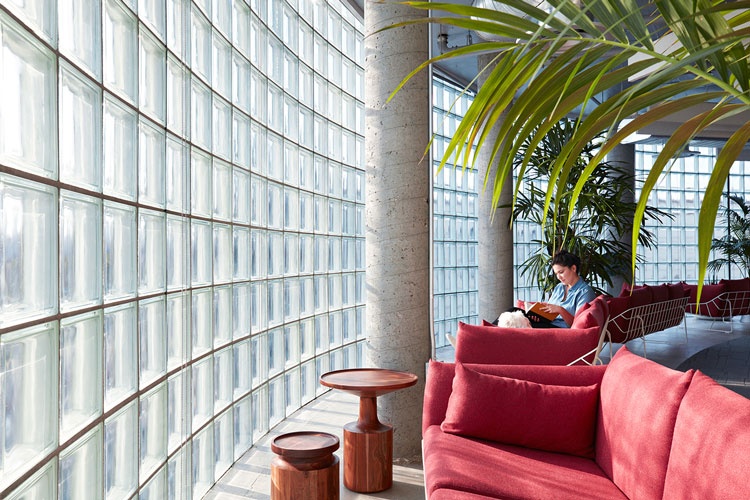 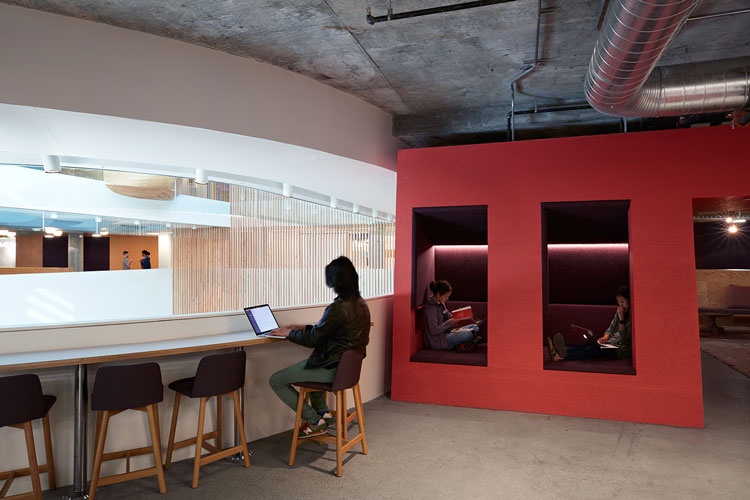 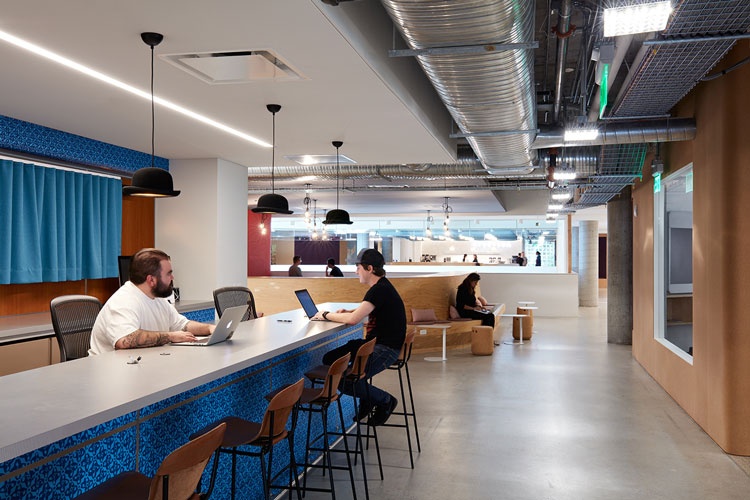 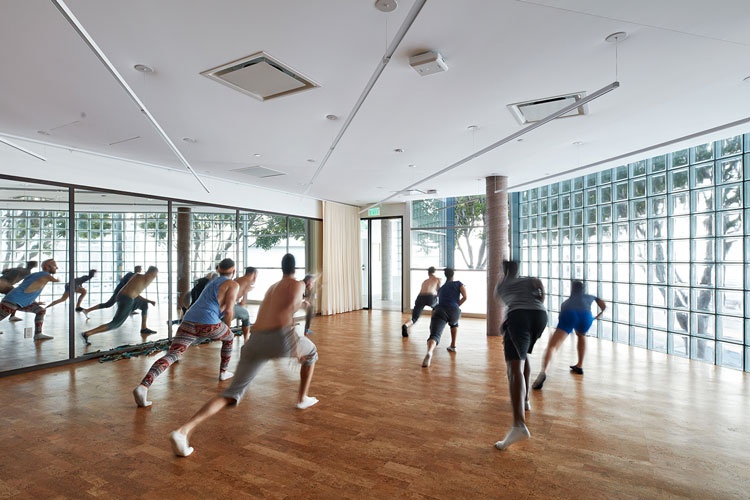 All photos by Mariko Reed

Designing a new visitor experience for the home of Guinness