DesignStudio: Don’t be afraid of your client 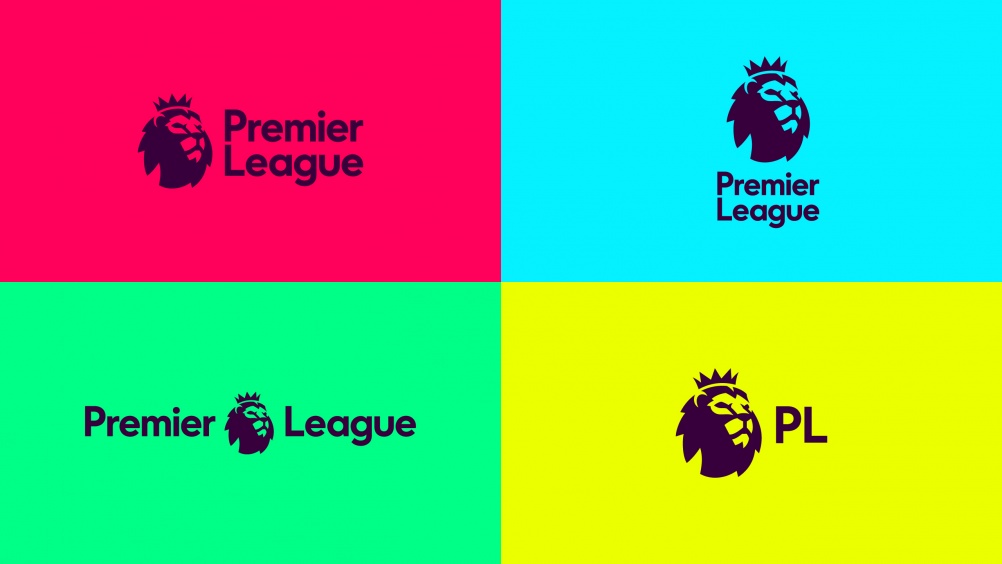 The brainchild of Scunthorpe-born Ben Wright and Paul Stafford, DesignStudio is a consultancy “born out of frustration”, according to its two founders. Wright and Stafford decided to set up the business in London in 2009 after spending a number of years working for other consultancies and studios, as well as dabbling in the freelance world.

With DesignStudio, their main aim when starting out was to find the middle ground between the “big strategic thinking” global consultancies are known for and the approach taken by boutique studios, which is “all about the craft”, said Stafford. “We asked ourselves why smaller agencies couldn’t get the big rebrands?” he added. Since then, the company has gone on to create identities for the likes of the Premier League, Airbnb, Deliveroo and Treatwell.

One of Wright and Stafford’s main pieces of advice for people running a design business was to “strip away the bullshit that plagues our industry” and create a clear dialogue with clients from the offset. Rather than having a “superstar new business guy” who “drops the mic when he’s won the business and disappears”, Stafford and Wright explained that they are present throughout the pitching process. Once they have won a pitch and are working on a project, they also make sure that every member of the team – from the most junior designer to the creative director – meets the client.

Ricardo Cavolo: Be patient and pragmatic

Ricardo Cavolo has been painting and drawing ever since he was a small child. The Spanish illustrator is best known for his colourful, obscure work, which uses repeating motifs such as eyes, hearts and flames. He was inspired to pursue art by his painter father, who owns a studio in Salamanca. He has previously been commissioned to create murals for worldwide circus event Cirque du Soleil and album artwork for the likes of Kaytranada.

Although Cavolo said he “never stopped drawing” from a young age and he knew art was “the only path” he wanted to pursue, he had to exercise a great deal of patience before he got anywhere. Cirque du Soleil was his first big job as an artist, and he suddenly went from selling work for “€40 to $6,000”. “I was drawing for fun for 10 years before getting any commissions at all,” he said. “You really need to want to do this, and you need to know it’s normal not to get anything after one year.”

He also warned illustrators against being too precious with their own work, and understanding that it might not be to everyone’s tastes. “Some artists are very active by sending emails, pdfs and connecting with people on social media,” he said. “My strategy is not to shout – if someone comes across my art and it gets their attention, that’s perfect. Not everyone will connect with your work, and that’s okay – it’s a beautiful thing if only some people do.” 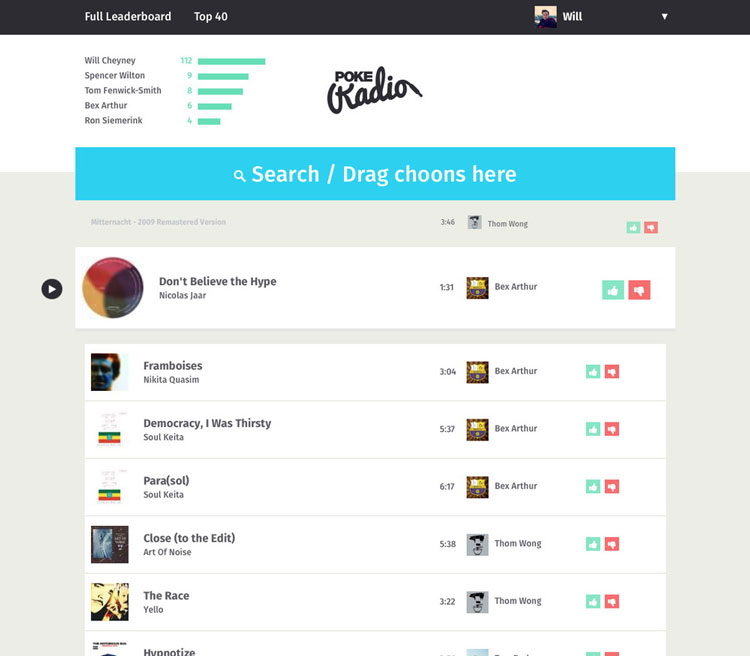 London-based digital consultancy Poke is known for designing everything from websites for brands such as Mulberry to digital experiences for tech companies like EE. It also created the brand identity for the inaugural edition of Offf London, and for Hackney-based tech start-up hub Here East, where the design festival was held this year.

During the talk, some of the consultancy’s design team spoke about the benefits of working on personal projects and testing out new ideas on colleagues. “A group of us will often have an off-the-cuff conversation at lunchtime, and then people will go and work on it in their own time”, said user experience (UX) designer Sam Hails.

This approach has seen a number of clever projects initiated at Poke HQ, including a web-based music platform that aims to “democratise” music choices in its office environment. Powered by Spotify and using a Raspberry Pi for audio playback, Poke Radio allows staff to create and share different playlists, which can then be up-voted or down-voted by other members of the team. The concept has been so popular that it has also rolled out to other consultancies within the Publicis Groupe.

FoReal: Don’t be ashamed of your work – even if you hate it

Germany-based illustration and animation studio FoReal offered Offf visitors a refreshing, humorous and truthful presentation about the balance between taking on projects you love, and those you hate. Founders Benjamin Simon and Dirk Schuster admitted their main motivations are “fun, money and fame”, and provided two contrasting show-reels of their work – one of self-initiated projects they are proud of, and one of commercial, money-making work they are somewhat embarrassed to admit they have done.

They explained how both are important to create the never-ending cycle that keeps a studio running. “Money jobs are an important investment for us, and allow us to spend time on personal projects,” they said. “Personal projects then make clients respect us – and so we have an awesome loop.”

In terms of how small studios can manage their time and balance the two, they said it’s a good idea to “give personal projects a deadline” rather than letting them drag on, and also complete quick, fun projects in-between big ones, to give the designer a sense of accomplishment. “The only way out of the never-ending, commercial shit loop is to do your own shit,” they said.

Margot Bowman: Don’t be afraid to continually reinvent the wheel

Finding the balance between “chaos” and “control” is one of the recurrent themes in Margot Bowman’s work, she said while discussing her creative process at Offf. Based between New York and London, the multimedia artist and director’s work spans everything from animation to web design for clients such as Nike and Nowness. She is also creative director at music broadcasting platform Boiler Room.

Recent projects such as interactive platform Identify – created for the Tate – have seen Bowman merge recognisable elements with more abstract features. For Identify, Bowman created online software with developer Edvin Candon that allowed people to create their own digital stamp based on their individual culture and identity.

Using a stamp outline as the basis for the design, the digital tool invited users to answer questions such as “how many places do you call home?” and add various abstract, graphic details to build up an image unique to the user. “I am constantly asking myself where do I make my audience feel safe and where do I make them feel challenged?” said Bowman. “I want my work to feel familiar enough to draw them in, but abstract enough to keep them questioning.”

Schweppes wants to look like champagne with bottle makeover