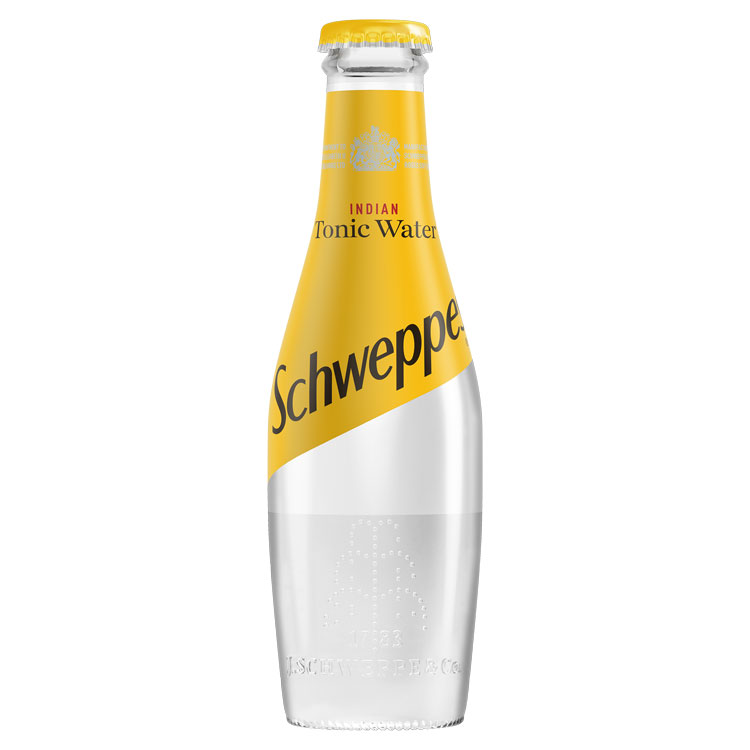 Soft drinks brand Schweppes has redesigned its bottle shape and branding in a bid to make it appear more “premium” and remind drinkers of champagne.

The redesign has been completed by Coca-Cola’s in-house design team alongside consultancy Kenyon Weston, and has been applied to the brand’s large plastic bottles and smaller glass bottles. The branding has also been applied to its aluminium cans.

Schweppes, which is owned by the Coca-Cola Company, launched 225 years ago with a pear or skittle-shaped bottle that was sealed with a cork. Its ranges now include mixers such as soda waters, tonics and lemonades.

The new glass bottle has been inspired by its original shape, and by the shape of a champagne bottle, says Stijn Franssen, packaging innovator for Europe, Middle East and Asia (EMEA) at Coca-Cola Company.

The branding has been simplified, with the use of a new, sans-serif logotype replacing the previous serif one, and the removal of bubble imagery.

The yellow holding device for the logo now wraps around the whole bottle, with the top half of the bottle and the bottle cap set in various colours to indicate different flavours.

A brand crest sits on the neck for all flavours, while an embossed fountain-shaped pattern sits on the base of the Schweppes Classic bottle to signify the carbonation of the drink and the brand’s “unique bite”, says Franssen.

“The new branding responds to the growing demand for premium mixers, and the skittle-shaped bottle pays homage to Schweppes’ heritage,” he says. “The new look celebrates our rich heritage with a contemporary twist.”

New bottles also contain materials that aim to keep the drinks carbonated for longer, according to Franssen.

The new look has now rolled out across all Schweppes products in the UK. 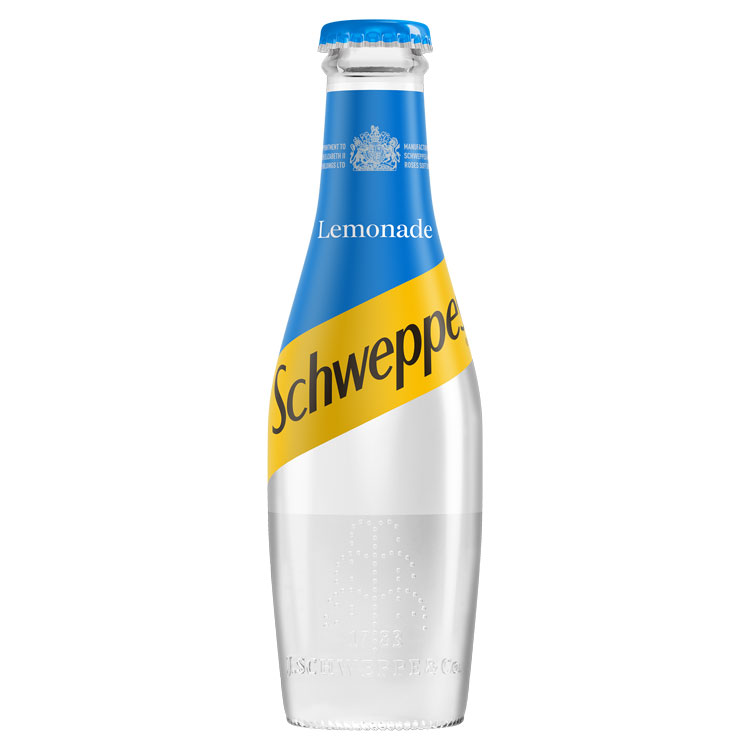 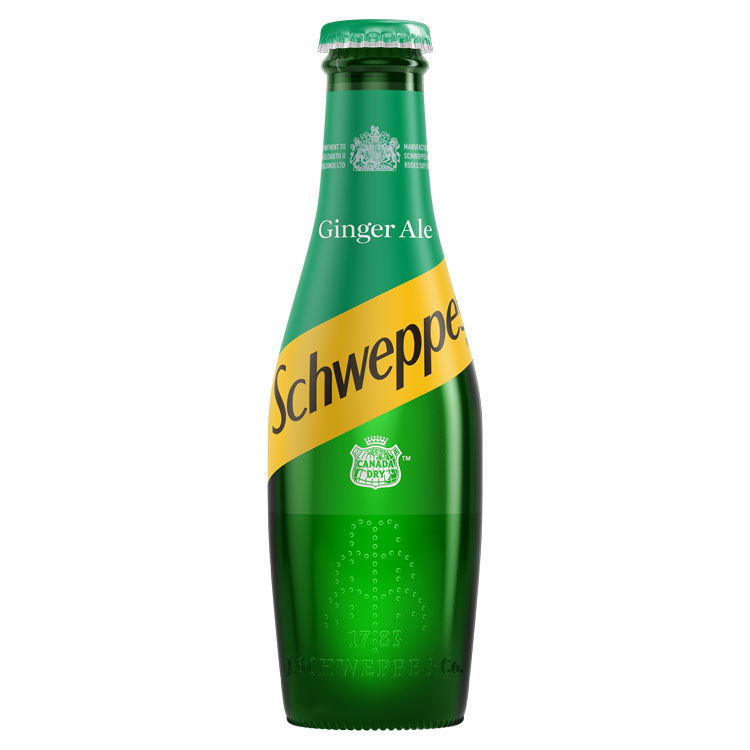